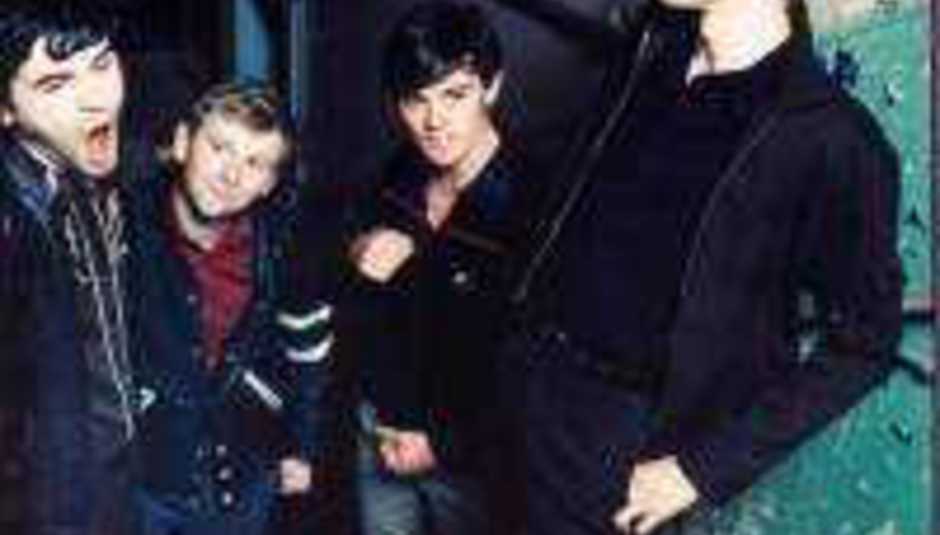 You could have it so much later: Franz album delayed

Franz Ferdinand have put back the release of their as-yet-untitled third album until 2009.

The Scottish avatars of angular still have “quite a bit of mixing to do” on the record, which frontman Alex Kapranos says will not see light of day ‘til January next year at the earliest.

Speaking to BBC 6Music, Kapranos also revealed that the band were having difficulties choosing a title for the album, which will allegedly have an African 'vibe' and is their first since 2005’s You Could Have It So Much Better:

“We were gonna call it Bite Hard at one point because there was a song called 'Bite Hard' and we weren’t gonna use that as a song, but liked the phrase.”

“It’s quite suggestive but apparently in the States if you say something ‘bites’ it means it sucks, so if something bites hard, it sucks really badly. So we thought, ‘no, we’ll choose another title.’”

In related news the following looped nugget turned up on the band’s website the other day; a Sly Stone-ish funk jam which, should it turn out to be an offcut from the delayed release, bodes quite well for a fine third outing from the Glasgow quartet.