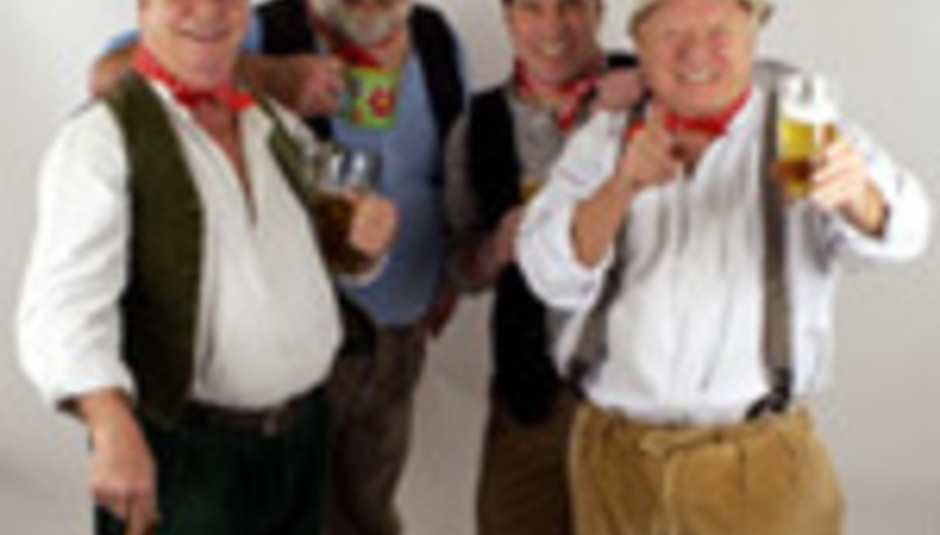 West Country favourites The Wurzels have dramatically pulled out of this weekend's Glastonbury festival, reports the Independent.

The band made the decision after discovering they were to play on a bandstand rather than on one of the event's main stages. Huffy? Says Wurzels manager Sil Wilcox:

Huffy. Tommy Banner, who plays accordion in the band and is the longest serving member, also expressed his discontent at the arrangements put in place by Glasto's Michael Eavis:

"We were very disappointed to find out that we would be playing on a bandstand ... we don't want to be seen as a sideshow."

Apparently concerns also exist about the setup on the bandstand - the band would have little time to setup and their "production team" would not be allowed near the stage.

"We feel it would be unfair to the fans and jeopardise our performance," continued Banner.

Wurzels: you sound like a bunch of little girls. That, or a group of acne-d post-rockers sound-checking for a local battle of the bands. Go on Eavis, give 'em hell:

"We've offered them a fantastic slot. The bandstand is a great place to play. There are millions of people [well, 7,000] in that area, it's right next to the cider tent and only about 70 yards from the Pyramid Stage."

Attempts were made to satisfy the Wurzels' demands, but plans are too far advanced at this stage in the game. It's also too late to get a refund - that ship sailed on May 5th - so looks like you're lumbered with £150-odd quidsworth of papery, photo-laden white elephant, scrumpy n' western fans. Commiserations.