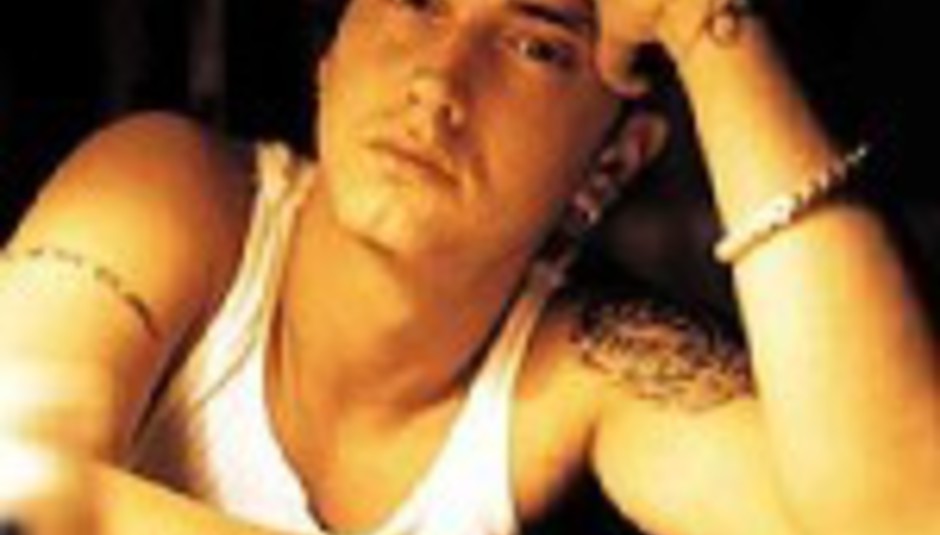 Stan the man: Eminem gets stalker

Life imitating art. Eminem has got himself a stalker after a fan stole the rapper's number from his ex-wife's mobile.

The unwanted attention is coming from a Mr Kyle Spratt, who lives here on MySpace.

Spratt returned the phone but, armed with the rapper's number, called up Eminem (real name Marshall Mathers) holding the hope that Mathers would listen to his demos.

These conversations "did not turn out well" according to Detroit's WXYZ TV station, but Spratt used his noggin and edited the chatter into a song he calls 'Slim Sellout'.

Spratt posted the songs on his MySpace, but has since taken them down after a warning from local authorities. Of the bother he commented thus:

"I see the irony in everyones only insult to me as an 'Eminem wannabe' and the fact that i now ripped him .. I don't care if he comes back I dont care if he hears it ... But im almost positive he will ... F*** Eminem."

No charges have been brought against Spratt, though he has been sacked from his job at Paradise Bingo - an employer he previously shared with Kim Mathers; Eminem's ex.