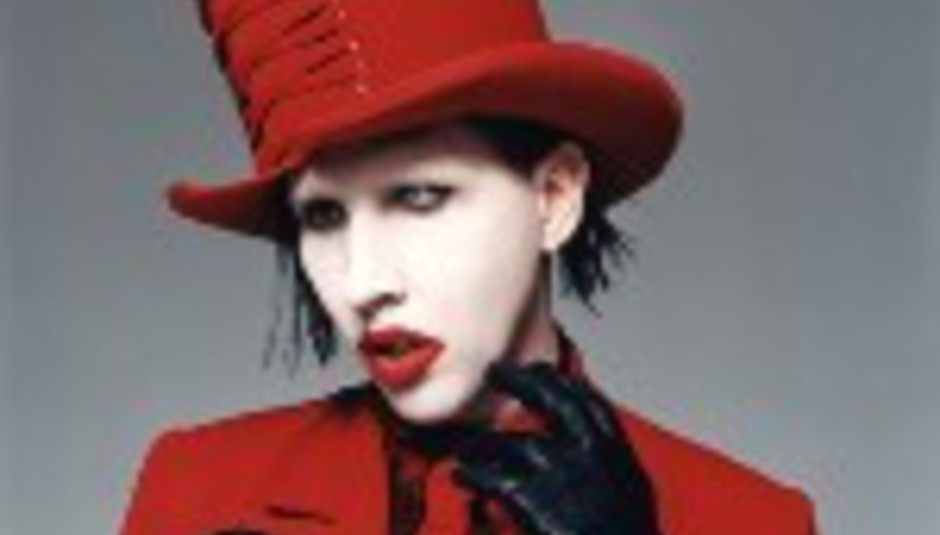 Bringing sexy back... from the shops, the gym, wherever: Manson reveals JT secret

Marilyn Manson has revealed to Radio 1 that he, rather oddly in our opinion, carries a picture of pop pin-up Justin Timberlake around with him at all times.

Quite why, I'm not sure, but I DO know why he's in the press right now: Eat Me, Drink Me, the rocker's new album, is out on June 4. There's a copy of it on my desk right now. He's staring right at me while I'm writing about him. Scary.

Manson also spent time at a recent JT concert talking to Mrs Timberlake (i.e. his mum - he's not married so far as we know) about a sex documentary. As you do with a complete stranger whose son you have an odd wallet-housed crush upon.

"When we met I had just watched this sex documentary, unfortunately for his mother, and the first thing I said to her was, 'Did you know that a woman has three holes between their legs?' She was fascinated."

Fascinated, horrified... your call, Mazza. We played your album and didn't think all that much of it. Good luck!