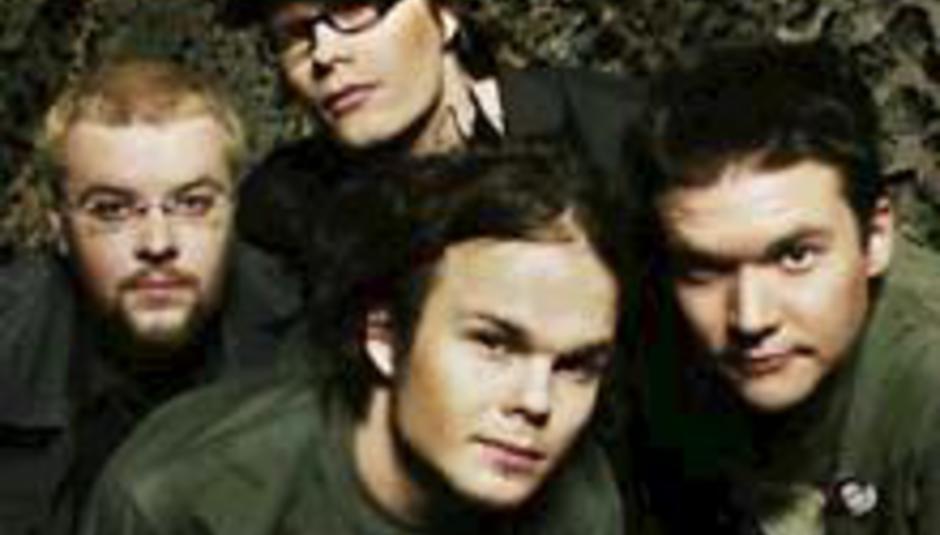 Highly acclaimed, and deservedly so, Finnish rock titans The Rasmus return this summer.

The amazing and creatively gifted outfit release a new single, as yet untitled, on August 29th. The single release precedes their phenomenal (well, probably) new album, Hide From The Sun, on September 12th.

DiS collared a 14-year-old black-clad youngling on the streets of Camden for a response: "Fuck off weirdo... go get a proper job. Oh, wait... come back! Wanna buy some weed? Skunk? Hash...?"

The mighty Rasmus are currently in a Stockholm studio putting the finishing touches to what promises to be THE album of 2005. Get those feathers out and in your hair, tell your mum she's a bitch for not letting you out past nine and sulk for hours 'cause The Matrix films really are shit... and then ROCK!

Hide From The Sun is being produced by the same team that were responsible for last year's SMASH HIT Dead Letters, Martin Hansen and Mikael Nord Andersson. Since you asked...

Now go to your room and sulk some more, you!