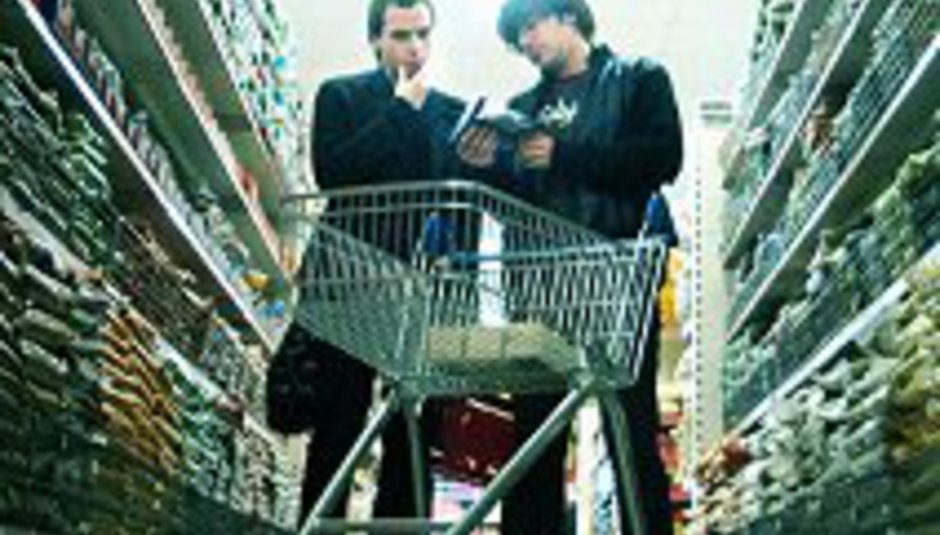 rockfeedback tv is set for late-evening debuts on MTV2 Europe. in early summer 2005, and is, says the PR "the mark of something hopefully more cohesive; a half-hour format without any pre-planned questioning, no ‘studio’ set, and – instead – probing, docu-style interviews and intimately shot live-footage getting to the heart of the artists in their natural, true environment."

Thing is, knowing the rockfeedback boys as we do (and we do) it might actually be true.

It’s ‘presented’ by small-screen newcomer but behind-the-scene nurturer, Toby L – the creator of the much-beloved music-zine rockfeedback.com and one half of the hotly-pursued, new indie-label start-up Transgressive Records (Ladyfuzz, Mystery Jets and The Subways). We say presented, but it's beautifully shambolic and surreal. Note the way that Toby gets the balls to ask Dizzee Rascal the following question: "How does it feel to have white middle class twats like us banging on about how great you are?". Genius.

The two ‘intro’ debut shows were shot at the cult All Tomorrow’s Parties UK festivals of April last year, 2004, and were screened exclusively for debut plays at the festival this year (Vincent Gallo-curated event). The bands/characters covered range from the downright legendary (Sonic Youth, dour Pixies/Nirvana producer Steve Albini, Love w/Arthur Lee) – to the innovative (Dizzee Rascal, Mogwai) – to the quirkily pop-infused (The Shins, The Fiery Furnaces) – to the, frankly, surreal (Turbonegro, Lightning Bolt).

A full series of six further shows, featuring brand-new content, will follow on MTV2 in the remainder of 2005. Possibly recommended viewing.