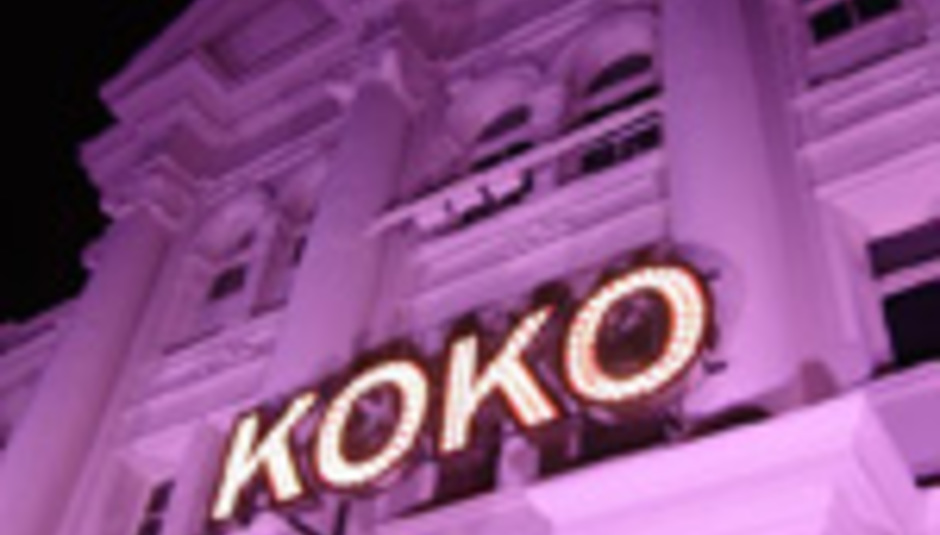 by Colin Roberts May 11th, 2005
A man in his mid-30s fell to his death this weekend at Camden Town's KOKO venue.

The man, who is yet to be officially named, was out with workmates for this past Friday's (7th May) regular Club NME event, when he fell from the first-floor balcony down to the dancefloor, sustaining severe head injuries. The whole incident occurred in front of a packed venue and before the first band had taken the stage.

KOKO was closed for the rest of the evening and the following night whilst an investigation was carried out by the Metropolitan Police. It was confirmed on Monday that no crime had taken place and that it was just a terrible accident.

The man died in hospital yesterday afternoon having been on a life support machine since Friday night and undergoing extensive surgical attempts by doctors to save his life.

The NME has yet to comment on the situation.

This evening's show with The Kills and a future gig featuring Death from Above 1979 are still scheduled to proceed as normal.

Our thoughts are with his family and friends at this time.