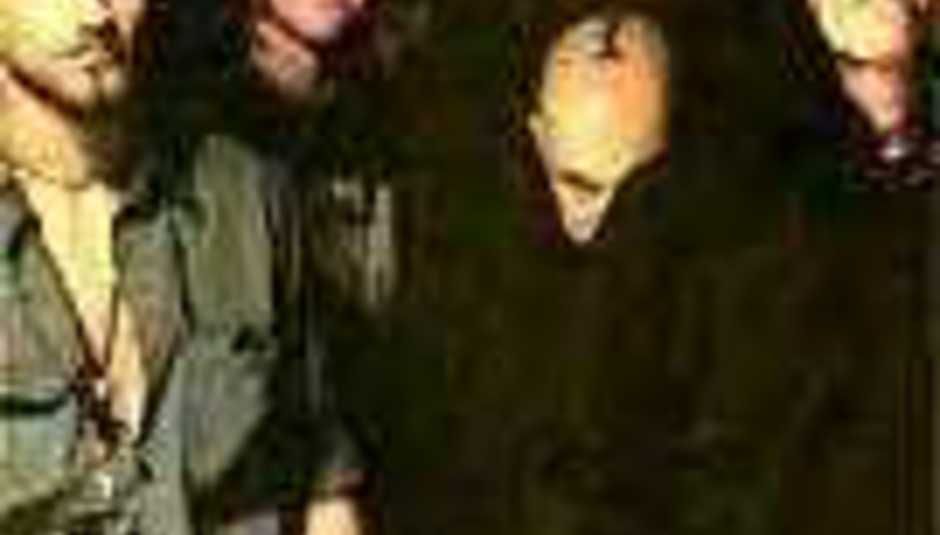 by Laurel Dreher April 7th, 2005
Cheers to the rock band Tool, who properly lived up to their name by pulling an amazingly well-orchestrated April Fool's joke on their fans...

On Tuesday, a story was released claiming that frontman Maynard James Keenan had left the band in order to pursue a life of religion and 'spritual guidance.' The story, aptly titled, 'Tool frontman finds Jesus, quits band,' told the tale of how fellow band members arrived at the recording studio only to find a note left by Maynard claiming, 'Some recent events have led me to the rediscovery of Jesus. Tool will need to take the back seat.'

But, much to the chagrin of all those who read the piece, the band posted a message on their official website stating that the group was back to writing and recording, having created the whole story just as a prank. The message reads:

"As it turns out, Maynard was out 'location scouting' near the Fourth Street bridge in downtown Los Angeles when he 'found' Jesus. 'Turns out he was here the whole time, and not that difficult to find if you know where to look,' Maynard reported.

Apparently Jesus offered him the position of campaign manager for his new line of 'Holier Than Thou' sparkling holy water, which Maynard of course accepted. What wasn't obvious was that this guy is a total drunk."

To read the original story, clicketh here. For the band's announcement, click here.