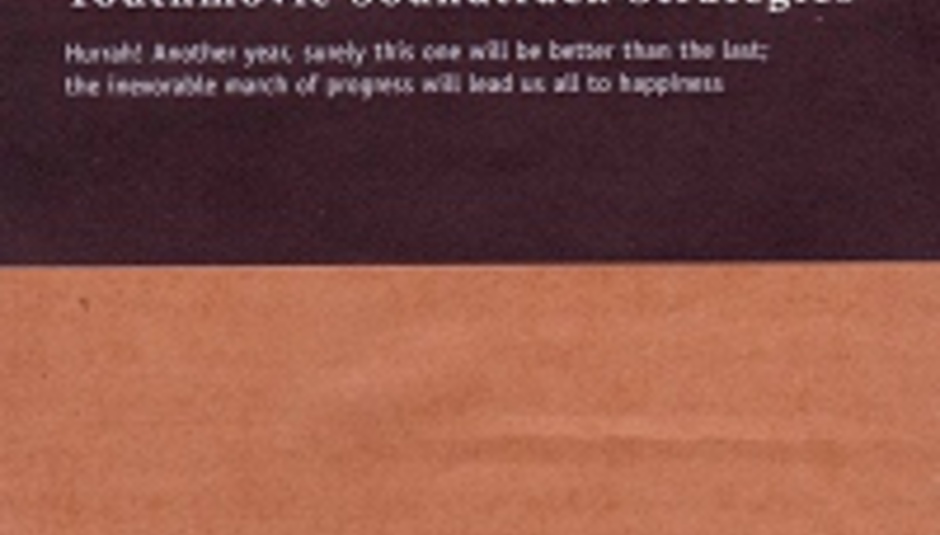 by Jack Lowrey March 23rd, 2005
DiS favourites Youthmovie Soundtrack Strategies are in fact set to re-press last year’s thoroughly impressive mini-album 'Hurrah! Another Year, Surely This One Will Be Better Than The Last; The Inexorable March Of Progress Will Lead Us All To Happiness' on May 9th - not, as we previously said, re-release. The Fierce Panda EP/LP will as previously stated, include new single ‘Ores’ (released April 11th), and a 65DaysofStatic remix of ‘…Spooks the Horse’ will be included.

Alan English of YMSS told DiS: "We’re really keen to stress that Hurrah! is not being re-released. It is merely being re-pressed. We have sold out of the first 2000 limited edition versions and so are re-pressing the record with new artwork.

We were always going to have to do something new once the handmade versions were all gone and we don’t want people to think they’re being ripped-off.

'Ores' is available as a CD single, the video is available to download for free and we will be making the 65daysofstatic remix available on our website for anyone who bought the original version of Hurrah! and understandably doesn’t want to shell out for the re-press.