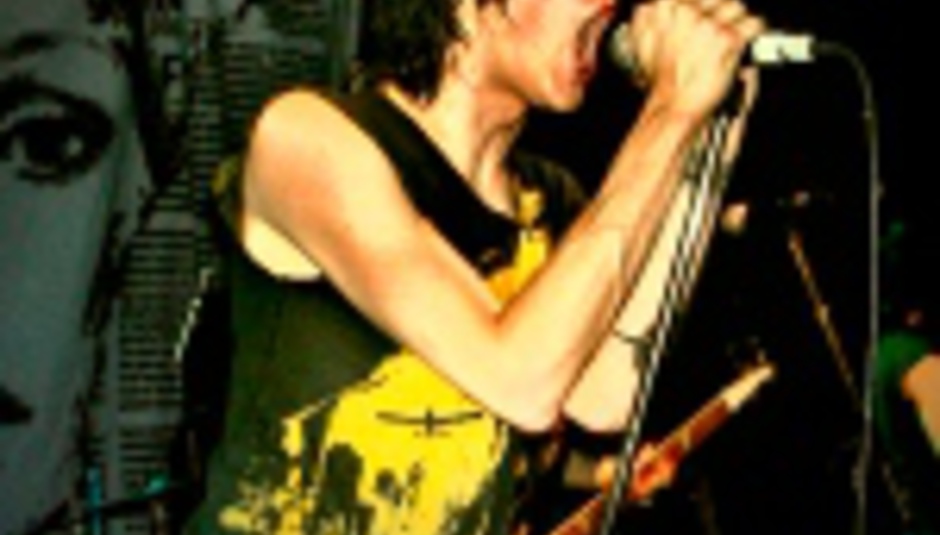 by Sean Adams November 18th, 2004
Funeral for a T(i)NC...
London & Notts shows off... Manchester IS on!
And they take thisGIRL around Europe

Debateably the v.best live band in Europe, scando-party-punks [insert mention of Refused here] The (International) Noise Conspiracy have unfortunately been forced to cancel their show at London Islington Academy next Thursday, November 25th. We'd imagine refunds are available from point of purchase.

The show has been cancelled as one of the band has to attend a funeral in Umeå, Sweden, on the morning of the 26th. To make up for it, the band will perform a short (30 - 45 minutes) set at the FROG club @ The Mean Fiddler next Saturday, the 27th. Consequently, due to this new show they have been forced to cancel the show in Nottingham on the 27th as well.

On a brighter note, the good news is that Drowned in Sound Recordings very own incendiary live act thisGIRL are joining Dennis & co for their entire European tour. And Captains of Industry new signing The Sound Explosion hit the road to open the UK dates. The European tour dates are thus...

DiScuss: Who's the best live band in Europe? Anyone ever been to Frieburg? Thoughts on 'Uno'?