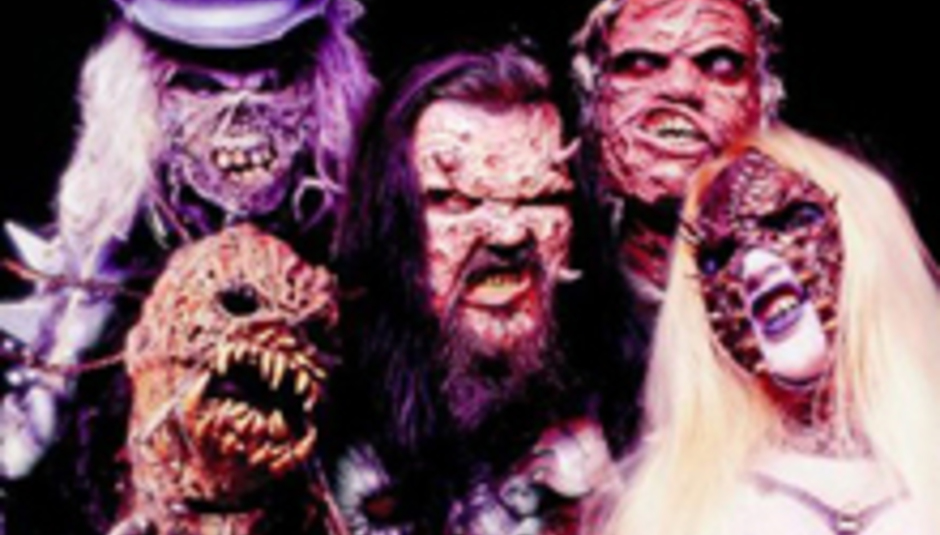 Sometimes, just sometimes, DiS likes nothing better than putting its feet up, cracking open a chilled lager and just watching whatever the gogglebox throws at us. Granted, at this time of (every four) year(s) such behaviour is expected, nay demanded, but come the yearly Eurovision Song Contest, we often baulk at the idea of a night in. That being the case, we asked one of our hardiest-slash-hardest writers, George Terry, to cast a critical eye or two over this year's contest - after all, ROCK was the winner, so surely t'was a good show for once? Her assembled evidence below would suggest not. This is Terry on Terry on the telly...

Right. Fifty-first Eurovision Song Contest. Twenty-four songs to sit through. Twenty-four! And these are just the countries that made it through the qualifying rounds! Seriously, when did Europe stop being about eight countries? Make a short-lived vow to pay more attention to the bits of The Guardian that aren’t the magazine; listen to the Today programme; et cetera.

Opening credits
Greece shows off a bit about how great it is via the medium of interpretive dance.

King Terry of Eurovision - Terry Wogan to you non-Eurovision folk - is markedly sober as the opening credits roll. Don’t worry though chickadees, Terry will get some ‘milk’ inside him soon. People in dolphins’ heads and leggings run across the stage; all is perfectly as expected. Some kind of sun is erected by sixth-form-or-Greek-equivalent drama students. Terry compares the sun unfavourably to a Terry’s Chocolate Orange; both Terry and I are very pleased with this.
Two presenters, Maria and Salis, are flown in to the theatre on Peter Pan wires. "Those are his own teeth," remarks Terry of Salis.
The gauntlet has been thrown down already; tonight, Terry will be on fire.

Switzerland
In 2004 Switzerland received ‘nul point’, ha ha ha ha! Take that up your chocolaty behind Swizzers! This year, in a clearly cynical plot to receive votes from as many countries as possible, they’ve put together a band featuring members from Israel, Sweden, Bosnia-Herzegovina, Malta, Germany and the home nation itself. It makes no difference though: they look like an S Club 7 who are old enough to know better, but with less of a sense of humour. The song, or ‘ode to peace’ as they’ve named it, is unadulterated shit. Come on! Bring on the funny dancers in hats! That’s what we’re here for, dammit.

Moldova
Moldova? Really? A woman who Terry describes as a "Britney Spears rip-off" (gotta love Terry and his Cilit BANG up-to-date references) parades around a bit. Each time she goes behind a screen she re-emerges wearing less, and she wasn’t wearing much to begin with. Eventually she emerges in a wedding dress for no reason that I can discern. The Cheeky Girls' fat sisters prance about in the background. And why is one of them skateboarding? WHY?
Notes read: bit of a rap. The rest of the page is covered in ash.

Israel
(Is Israel a European country then? Feel like a fule.)
A chubbier Craig David dressed all in white mugs to the camera in a way guaranteed to break the hearts of woman of a certain age all over Europe. Backing singers are notably out of tune.

Latvia
(Okay, I think I might have heard of Latvia once before. Probably in last year’s Eurovision.)
'I Hear your Heart’ performed by Cosmos is terrifyingly a cappella and woefully out of tune. Imagine 'Bohemian Rhapsody' with all hints of camp and fun removed and you’d still be nowhere near the pain of this rumpled linen experience. And HOLY CRAP why has some kind of robot appeared? Terry offers no elucidation on the ‘bot, but predicts that Latvia will come last.

Norway
Notes read "six identical girls...", then trail to nothing. Can only conclude this was so dull I blacked out a little.

Spain
‘Bloody Mary’ by Los Ketchup.
“I haven’t touched a drop,” claims Terry. I suspect he’s lying; he’s enjoying saying "bloody" too much. This song is so awful I consider sticking ketchup in my ears and then all down my throat so I drown in a sea of tomato. Not even the ballet dancers they’ve brought on can distract from the sheer rubbish of this.

Malta
A seriously out-of-tune Chico clone prances about a bit.
Terry is restive.

Germany
Texas Lightening – ‘No, No, Never’.
A country song! Mental. It's alright, actually, but it’s no Eurovision winner.

Russia
‘Russia’s premier (mulleted) sex symbol’ throws his mic stand about a bit and thrusts his pelvis in a way which surely spells h-i-p r-e-p-l-a-c-e-m-e-n-t in his dotage. Dull. Dull. Dull. Two ballet dancers appear in the background. Sigh. But then – a dancer appears out of the piano! Now that is class! Come on! More of this crazy European stuff! Vodka can be the only excuse for this piano-based brilliant nonsense.
“That piano will never play again,” says Terry, but there is a secret joy behind his dry tones.

Macedonia
No matter how short your hot pants are, there is no excuse for this pathetic ‘Kiss-Kiss’ imitation.

Romania
Not sure how much more of this I can handle…

Bosnia & Herzegovina
“They think this is going to win, some people,” says Terry, “but it seems to take a while to get going and then doesn’t go very far.”

Lithuania
Just when I’m considering switching the TV off and going out to do something less boring instead (like watch some BANDS), Lithuania come on. "We are the winners, of Eurovision," they begin, and my attention is caught. Six be-suited men who look uncomfortably like Chumbawamba are claiming they’re going to win Eurovision! Ace! This is what we’re after – taunting! Silliness! A sense of humour! The whole performance and song is BRILLIANT, but is, unfathomably, booed.
Terry remains silent. Perhaps he resents the intrusion into comedy, up until now his sole preserve. But it’s more likely that he’s at the bar.

United Kingdom
Daz Sampson and ‘Teenage Life’. Daz bounces about like he’s having a fit, while four chubby Martine McCutcheon-alike ‘schoolgirls’ writhe around in the background.
Still, at least they’re in tune.
I suspect we don’t want to win this year, y’know, I really do.

Greece
Okay, so it’s the home country so we should be nice, but this Shakira-tripe is so dull, even when she goes down on her knees, that my brain flatlines for a while… until…

Finland
‘Hard! Rock! Halleluiah!’ sung by Lordi (Lordy). This is spectacular! The little Finland hat perched atop Lordi’s monster head is an adorable touch and distracts somewhat from his zombie-Roy Wood look. Ah, and there’s a decomposed Kermit on guitar. Amazing.
A text beeps through: “Terry is freakin’ out.” I rather suspect Terry is still at the bar, getting him in some more sweet sweet milk.

France
Another beautiful ballad that manages to miss every single note. Is it possible that Greece have messed with the monitors so no-one can hear their backing track? Would they be allowed to do that?

Croatia
Now this is what Eurovision should be about: national costumes, traditional instruments, incomprehensible rallying calls and enthusiasm. Oh, and shirts being ripped off. Nice touch.

Ireland
Let’s face it, Ireland really don’t want to win any more. There can be no other excuse for this green-backed ballad.

Sweden
“Not a woman who believes in standing still in the face of a gale,” says Terry. This sounds remarkably like ‘The Winner Takes It All’. Funny that.

Turkey
“Now she,” says Terry of the tattooed Gwen Stefani-alike Turkey have offered up, “is surrounded by British dancers. One to us I fancy.” God and the whole of the United Kingdom blesses you, Terry. This song is alright actually: it has slightly more balls than the rest of the pop-pap that’s been offered up. Which is to say, those of a 12-year-old. I’d imagine.

And that’s the last of the songs, thank Heaven. Some kind of kerfuffle happens on stage, and the presenters look nervous. “Where’s the trophy?” shrieks Terry, with a hint of hysteria. “Has a small dog run off with it?”

And then it’s done

. Apart from the voting, and we all know what happened there (That'll be the winners pictured). I wonder how many bands there’ll be at next year’s competition? Quite a lot, I reckon. We’ll lose of course, no matter what we put forward, but it’s the taking part that counts, isn’t it?

Well, that and Terry.