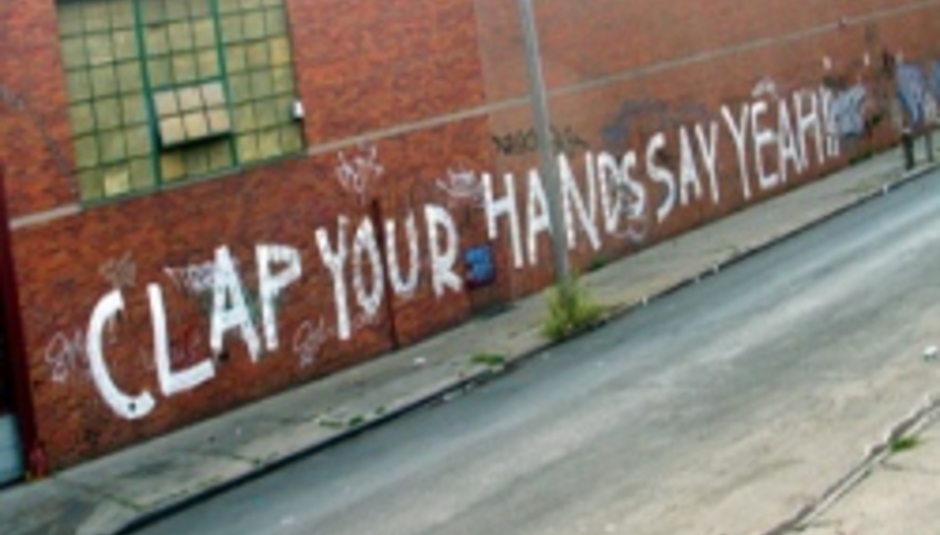 New York City is the booth at which the indie rock touring alliance come to sell their soul; the apex of golden opportunity in a cruel musical world of rejection and support slots.

But for those acts that are successful in their transaction, nYc is lucrative proposition.

For a city sinking under a weight of indie rock expectations, its scene is surprisingly constantly flourishing, producing an endless quality of acts that have converse clad kids and Neighborhoodie draped blog-stars clambering for - but the scene is not celebrating itself. It’s clear that everyone, including the most nefarious organisers and trouble starters, are constantly searching for entry, thus preventing the blood and noise of the most popular boho beat combos time to become stale.

And one way to prevent these bands becoming banal is to ship them out of the country. This import/export season is a period of frenetic transatlantic kudos trading concentrated mostly between New York and London, where promos are swapped and major-label-to-be tales told.

While grafitti-born Talking Head historians Clap Your Hands Say Yeah and Fat Cat folk freaks Animal Collective, for instance, both create much marketing hysteria and PR frumping in blightly, the same game is being played by Brits such as Art Brut, Test Icicles and The Cribs all over New York’s lower east side.

Jonny Kaps, plugger at NY based Plus One Music, says: “The Bravery and We Are Scientists are obvious examples of intentionally catering to and working the UK before anyone knew about them even in NY. Clap Your Hands Say Yeah as well but I don’t know if that was intentional or the after effects of a great Pitchfork review, spreading like wildfire.” But this has also benefited many in the big apple. It has allowed further felonious fellows the chance to impress the hackeneyed hipsters and bar crawling swamp donkeys still left searching for pearls.

Bands such as quirky off kilter southern style pop-niks The Joggers and Elastica-gone-Chrissie-Hynde types The Art Of Shooting have been burning toilet circuit rubber across town, while acts such as honky tonk indie rockers Surefire have been afforded the opportunity to open for Arctic Monkeys.

Blood On The Wall have also recently been shredding alt-pop melodies that Frank Black would be proud. The Brookyln brother/sister combo, with their eek-wowee-zowee slacker soul and Kim Gordon sugary charm, released their second record Awesomer through The Social Registry and have been pissing on liberals at all angles on tour with DFA botherers Black Dice.

Claire Freeman, who runs New York’s top indie rock show guide Oh My Rockness, says: “[Blood On The Wall] have such a nice stage attitude, like they are playing for a group of friends. Their sound is reminiscent of Sonic Youth and even Jesus And The Mary Chain sometimes, but not too much, kind of a fresh and modern take on those sounds.”

Cheerleading rock team Bling Kong have continued to provoke gig goers with their post-Andrew WK joins Do Me Bad Things theatre pomp. They’ve taken the tour west after releasing the Do The Awesome LP, part pep squad Pulp-bruising with sordid Tom Petty singalongs. While it doesn’t have the nod-your-head-like-your-listening-to-Arcade-Fire quality, it will upset your grandparents and sometimes that’s enough.

Equally as crass and brutal but with more references to recent Lightning Bolt records are the shows organised by Todd P. One man party promoter Todd Patrick has been putting on bands such as sludgey Iggy Pop-sters Panthers and the Karen O-meets-Melvins AIDS Wolf. Oh My Rockness’ Freeman adds: “Todd P's shows are mostly in Brooklyn in random lofts, parking lots, old man bars and galleries. Very DIY shows and the bands kick ass.”

It isn’t a tough time to be a scenester in the city, with such random rock gold around; the question is which devil to visit...