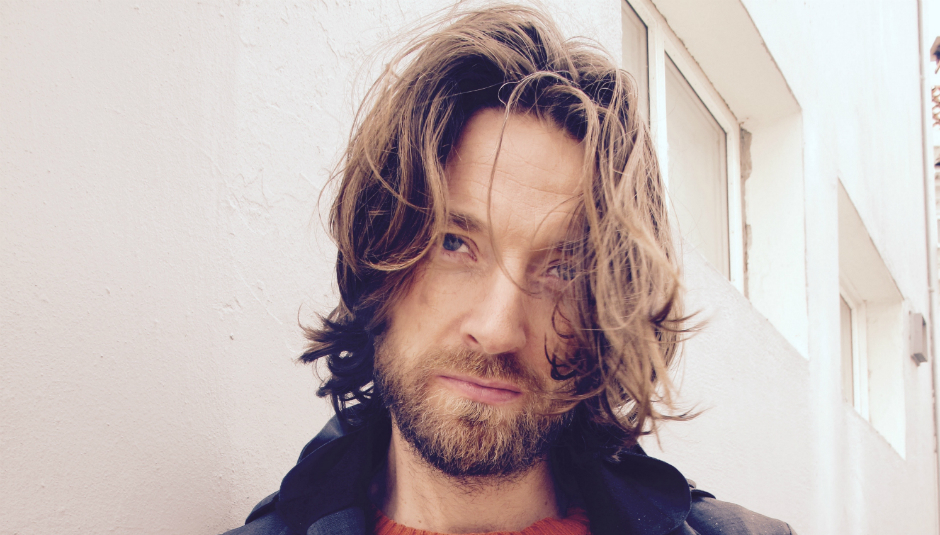 Eirik Glambek Bøe was in Kings of Convenience. He still is. Kings Of Convenience. The best band/duo/people ever. Kings Of Convenience, who whispered at a time when post-rock’s grandeur and bombast was irresistible, and their hushed harmonies blew with just as much force. More so. When their debut Quiet Is The New Loud was released in 2001 they weren’t lying. When the first chord of ‘Winning The Battle, Losing The War’ is strummed as opposed to picked, the dawn-spell is cast. Come on die… quietly.

So since KoC’s last album, Declaration Of Dependence in 2009, Eirik has seemingly been behind the scenes, cultivating Kommode. A project just as temperate, contemplative, and as powerfully peaceful as KoC, but it has itchy hips. A band project as opposed to a series of acoustic ruminations, the laid-back tempo, and perfect arrangements are blissful, but also not opposed to snaking onto the dance floor. They’d rather dance with you than talk to you tonight.

We caught up with Eirik to glance into his work as Kommode, and talk about the creative process, the source of Scandinavian happiness, and his debut album Analog Dance Music, out now via Brilliance Records.

DiS: I read that Kommode was conceived in 2006. How come your debut album is only just being released now? What have you been up to between Declaration Of Dependence and the release of Analog Dance Music?

Eirik Glambek Bøe: Kommode started as an excuse to jam and spend more time with my two friends Øystein Gjærder Bruvik and Anders Waage Nilsen. In a way, it was a musical playground alongside Kings of Convenience. After a while, we realised that Kommode was onto something and that we needed to record these songs before we forgot them. From that moment on until the completion of the album was about three years, and hours and hours in the studio. Eventually, 18 different musicians took part in the process. I also toured all over the world with Kings of Convenience in that period. KoC have fans in the most remote corners of the world, so it takes time to go around and play to them.

It’s a really beautiful album. What's the writing and creative process in the duo with Øystein and can you tell us more about your artistic relationship with Øystein, as I understand you have been friends for a very long time.

I'm glad you like it. Øystein and I don't sit down and write songs together, but we jam and record together and spend a lot of time discussing arrangements. Most of the songs were born out of jams, and then I go home alone and write lyrics in the night. It's a very nocturnal album.

What are the similarities and differences in your creative working with Øystein in Kommode and Erlend in KoC?

With Erlend, we both bring nearly completed songs to the table and then let the other one adjust, rearrange, and add new elements.

With Øystein every song happened in three steps: One – we jammed together. Two – I went home and wrote words and melodies alone. Three – we met again to arrange and record together.

I read in your press release that this is a series of songs that are the sound of when life is good. I was delighted to read this given the current media binging on social and political tensions. So what's life like in Norway? My mum is Swedish, I often visit Sweden and I always come back feeling refreshed, as though there is more physical and mental space for people there. While everywhere undoubtedly has problems, what are the positives that inspire you and what does Norway contribute to your happiness and this sense of joy?

Haha. Yes, we are messengers sent from paradise to bring happiness to the world! No, it’s not quite that simple. But I'm struck by this contrast between the freedom, joy, and opportunities I'm lucky enough to be experiencing in my personal life, which I think is at a level that my predecessors would have envied, and the difficult time our species is facing. In Norway, this contrast is particularly clear: The oil-funded welfare state gives many people the opportunity to pursue a cultural career, and to spend time thinking about a renewable future. It’s a paradox. Maybe there’s a little parallel there to those philosophers in ancient Greece? They had slaves so they could sit around all day in the agora and invent ideas that eventually led to democracy and human rights.

How did it feel when you publicly set your first Kommode song from the album adrift, given that it could be said this album was over 10 years in the making? When you look back on this album in five years and your life at this time, what do you hope will be the resounding memories?

I was very excited. Having spent so much time on it, in the end, there was no doubt that it was complete and ready. It was a little shock though to hear the songs streamed online. The sound that I had gotten used to in the studio changed and became less clear and more compressed. I'm pretty sure that this album will remind me of a good period of my life, when I had a lot of good people to collaborate with and energy to pursue my ideas.

In your lyrics there seems to be an acceptance of things as they are, for example, the realisation that you have a choice in the chorus of 'Captain', or the acknowledgment that “some people are just overwhelmingly unfortunate.” So my question is, what drives and motivates you and gets you up in the morning? Do you balance acceptance with an inner determination at all? Can you give me an example of something musical you are determined to do this year, and why?

The line " …some people are just overwhelmingly unfortunate" – from ‘Fight Or Flight Or Dance All Night’ – deals with this insight that's been dawning on me, that most of the really important events in our lives are beyond our control. Yes, we can make choices and we can work hard or we may not work hard, but the life-changing events – love, life, death etc – are mostly beyond our control. People who know this look upon the world differently. They judge less and accept more. This has nothing to do with resignation; you can still be determined to reach whatever goal you have, but whenever you face failure or great success in your own life or in others, you'll remember that it was probably caused by luck, or lack of luck.

I also think that, while there's inevitably more arrangement work in Kommode than KoC purely because of the instrumentation, there's still a glorious simplicity that is, for me, the core of all great music – and the hardest element to achieve. What are your thoughts on musical composition as an art, or a craft? What for you makes a great song?

You’re right, it’s really hard to write a simple song. The idea of KoC was from the start to reduce the songs so that only the melody, rhythm and words are left. If a song is good, the song will survive this reduction. With Kommode we allowed a lot of instrumentation, but initially in the writing process, I was looking for strong melodies and interesting harmonies, just as I've done with KoC.

I've noticed that KoC still play gigs occasionally. What is your relationship with Erlend these days? What are your thoughts on his solo album and the preceding Whitest Boy Alive albums?

Erlend and I have played together regularly the whole time. The last show we did was in May in The Elbphilharmonie in Hamburg. Erlend has side projects, and I have a family, so I travel less. I like Erlend's work. There's no doubt that he is one of the most talented songwriters in Kings of Convenience! We're actually recording a new record together, and last year we toured The Unrecorded Record to play these new songs to people before going into the studio.

Excuse the poor descriptor, but I've been struck by how sexy I find the album. It smoulders and part of this sexuality comes from its casual grace. The one thing I never got from KoC was out and out sex, it was more a studious gawkish boy next door vibe that I loved because that's how I believed, or fantasised, that others saw me, so I was 'like you' – or you were like me. Whereas this record, with its pulsating rhythms, gyrates purposefully. Do you think this is a sexy album and what do you think makes music transverse from the realm of adult nursery-rhyme to carnal fuel?

Wow. You're making me blush. Well, many people have told me that Kings of Convenience works well as background music for intimate moments. Some women have even told me they chose to listen to KoC when they were giving birth. I don't know if Kommode is sexier; I'm seeing the album being referred to as a sexy album. I'm not sure if that’s necessarily a compliment. It’s true that we have a lot of saxophone on the record, and maybe that’s what’s triggering the sexiness. Our saxophone player is an Australian-Norwegian named Michael Barnes. His sound is really good.

From the videos on your website you also seem to express a certain discontent with the emotional impact of digital interfaces as the portal for communication and emotional satisfaction, which scientific studies are clearly supporting your views on. Yet in the same way, you flip the ice sheets melting anecdote. What do you love, appreciate and value about digital technology and its impact on us? I assume it impacts your life positively too?

The screens we are surrounded by have given us access to more information. But the problem is, so much of this information is irrelevant to us. How do you know what is important to you in your own life and what is not? The most striking thing to me is how different people perceive music now compared to in the pre-internet era. For bands, it’s easier to reach new fans now, but it’s much harder to connect with them. Back in the days, buying a record required an investment of time and work. This investment translated into a will to allow the record to grow on you, and become a part of your life. Some of my favourite bands I didn't like the first time I heard them. Psychologists have a word for this changing of attitudes: Cognitive dissonance. I think it explains why fans have become less committed to bands. It’s so easy to skip to a new track.

Will you be touring this album at all? Live shows would be awesome.

Analog Dance Music is out now via Brilliance Records. For more information about the band, including forthcoming tour dates, please visit their official website.