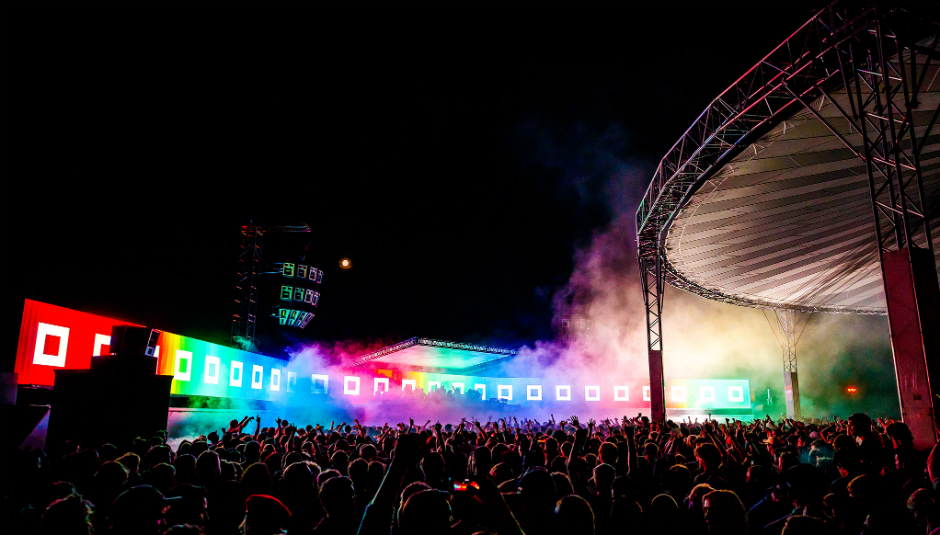 It’s safe to say that there aren’t many electronic music festivals like Dekmantel Festival. Spanning over five days this year, the Dutch festival showcased once again some of the best local and international talents. It's almost flawless organisation is without any doubt the results of years of experience by veterans of Amsterdam’s electronic music scene.

Much like last year, the festival opens on Wednesday and Thursday with a series of concerts in indoor venues along the river IJ. The concert hall Tolhuistuin, accessible in a few minutes by ferry, hosts a night dedicated to experimental electronic musicians. Forest Swords, whose new and highly-anticipated album is now out, brings his trademark blend of heavily distorted guitar riff loops interlaced with barely recognisable hip-hop and R&B samples. Later in the night, Actress pleases the crowd with an audiovisual live show and his unique sound resulting from the collision between R&B and electro. 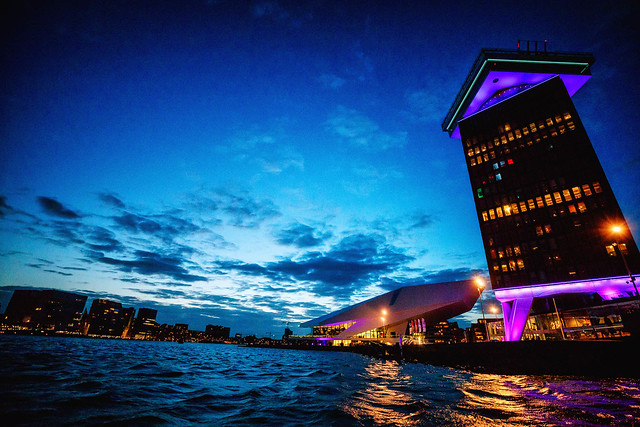 Integrating Dekmantel’s crowd in Muziekgebouw, a venue mostly dedicated to classical music, is an interesting challenge. Reiterating a partnership which started last year, the Dekmantel crew repurpose the main room, removing the seats and installing a colourful light show on the wooden panels of the room. Fatima Yamaha, who was brought to fame by the release of his EP A Girl Between Two Worlds on Dekmantel’s label, plays his house live set in Muziekgebouw’s main hall, which features new tracks but is slightly underwhelmed by lazy transitions. Floating Points closes the night with a solo audio/visual show which by far made the best use of the room. Inserting IDM improvisations between his renown house songs, his musical performance is in perfect harmony with visuals featuring geometric figures inspired by mathematics and physics. 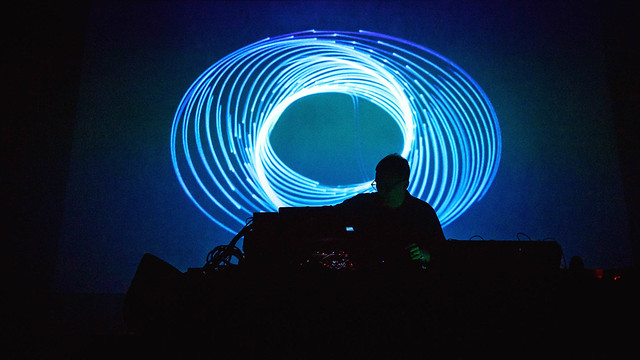 While the opening concerts make interesting use of those indoor venues by connecting them with ferries, it's during the core of the festival that one realises the talent and ingenuity of Dekmantel's organisers. From Friday until Sunday, festival goers were invited for a total change of scenery in Amsterdam’s forest, accessible by bike in 30 minutes from the city centre. One hardly has to queue at the token desks, at the numerous bars or for the toilets: the very helpful staff is there to ensure that the main focus is about the music.

Far from being the only festival in Amsterdam which takes place in a forest setting, Dekmantel stands out by the attention given to the design of its stages, since each of them features a totally different atmosphere. While the main stage offers some spectacular visuals on LED screens with a flawless Funktion 1 sound system which blasts house all day long, the UFO tent offers a dark, sweaty Berghan-like atmosphere which is perfectly suited to the industrial (and often brutal) techno which is played there. 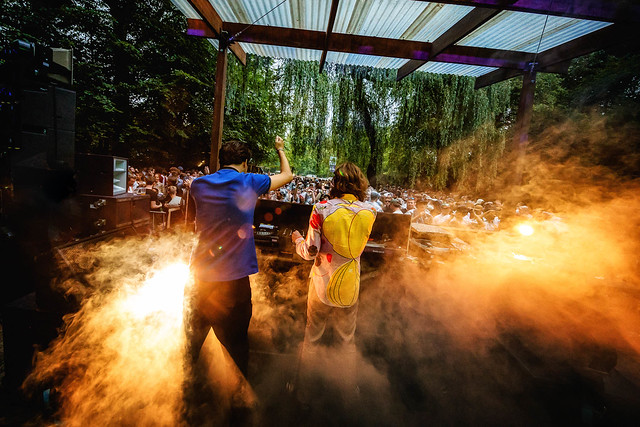 The Selectors stage particularly stands out this year, mostly due to the organisers’ bold choice to make world-class DJs play the opening sets, sets which are usually given to upcoming DJs. Nina Kraviz opens Friday with an extended all-vinyl set which, while heavily featuring the techno she’s known for, also surprises the crowd with old school dubstep. From the beginning, the message is clear: Dekmantel leaves no place for fillers. The techno and house savvy crowd is taken out of its comfort zone, pushed to show up early and barely left with enough time to rest.

Dekmantel plays with the codes of electronic music festivals, catering for all tastes but with a heavy focus on soulful house, upbeat disco, and raw techno. Between DJ sets from Omar S and Masters At Work alongside Bicep, Mathew Johnson, and Larry Heard, the main stage showered house music fans with uplifting house anthems. The UFO tent feels like a sizzlingly hot basement, to the pleasure of the techno heads who frenetically dance to the brutal techno sets of Overmono, Karenn, and British Murder Boys. The other stages showcased very different branches; while the Red Light Radio stage featured local talents such as Olaf Boswijk, the former owner of Trouw, the Boiler Room featured a very peculiar program, from San Francisco’s Josh Cheon to Detroit’s DJ Bone, with a notable - and welcome - increase in the number of female DJs.

With a festival of this magnitude, and a crowd of connoisseurs, one can expect quite a few predictable performances. Dekmantel gets around this issue by pairing well-known DJs in back 2 back sets, with memorable performances from Job Jobse and Midland, who alternated between house and Italo Disco, and from Objekt and Call Super, closing Selectors with three hours packed with high bpm house and garage bangers. 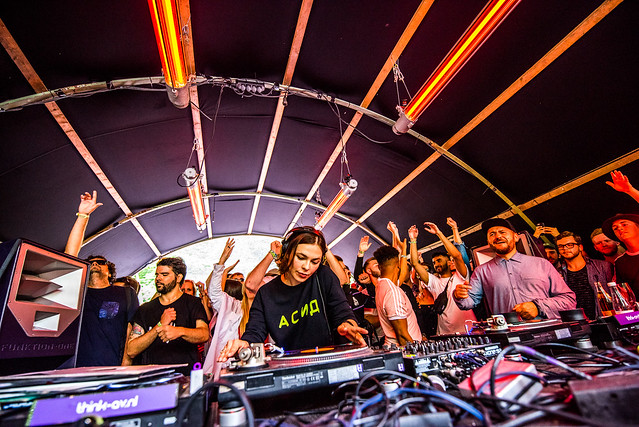 The excitement and anticipation towards this event is shared both by the artists and the attendees. The stakes are high and every single performer is there to showcase the best of themselves; Nina Kraviz flew back to her parents’ house to dig around in her old vinyl crates and surprised everyone with an unplanned ghetto house boiler room set, while Marcel Dettmann reportedly spent three weeks preparing his set which featured disco and funk tracks, far from the techno he is known for. Even the light rain on Saturday does not deter the crowd, as the staff anticipate the bad weather by distributing free rain jackets.

But while one can feel that the festival is deeply rooted in the Amsterdam scene, the lack of locals is visible and the British crowd is sometimes overwhelming. It’s no surprise considering that the festival sold out in a few weeks, but it's also easy to notice this year that the crowd on the UFO stage was less diverse than last year; the lack of women in the tent was emphasised by the large number of intimidating (and sometimes aggressive) gym bros. Will Dekmantel become a victim of its fame? Quite a few festivals in Amsterdam are now a no-go for locals, despite having excellent line-ups. However, Dekmantel’s strength is its ability to constantly redefine itself, and its organisers will hopefully find ingenious ways to maintain the quality of its crowd as much as its music.