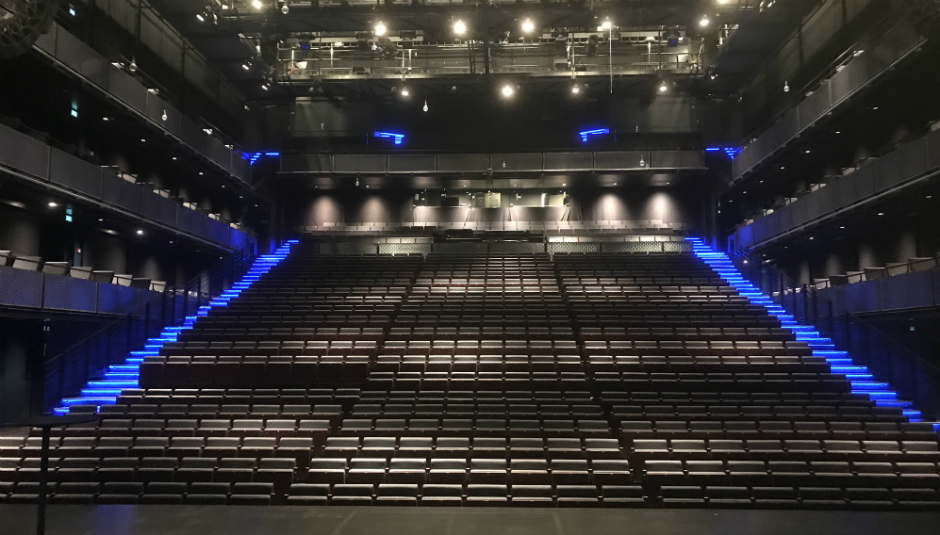 As an outsider to classical music, as most of the DiS' readership would be (let’s be real now), this piece is a slightly off-piste read from the standard fare of indie music. But what if we told you that there was an orchestra in Norway that has collaborated with Mike Patton and Stuart Copeland? Then that would be a story in itself.

For the last decade, The Stavanger Symphony Orchestra has led an initiative to help refugees and migrants settle into Norway via the medium of classical music. This project has been ongoing for the past decade, with the Norwegian government being so impressed that it was extended to regional cities around the country with their backing and full support.

In 2016, The SSO held a performance for an audience of 1000 Syrian refugees, where nine different languages were spoken, representing the different minorities within the region. The Norwegian Government and cultural department were so impressed that it funded future efforts to divide the orchestra into small groups of 4-5 people who would then travel the country bringing their music to cities with heavy refugee populations.

Upon my arrival in Stavanger, I meet communications director Morten Ek and Managing Director of the Symphony Hall, Morten Warland at the grand settings of the Stavanger Konserthus. Being a former CEO at a large multinational bank, Warland explains the history of the SSO in greater detail and what essentially they were all about:

“I’ve been with the organisation now since 1st January 2016. It is a privilege, in particular, to work in a country like Norway, that can afford arts initiatives with high, high levels of public funding. It’s very important to be able to do the job that we do.” Morten says.

What do the SSO and the concert hall represent for the city of Stavanger?

“Well, I think the hall in itself is an absolute jewel and the acoustics are fantastic in here. There was controversy around the amount of money about the cost of the concert hall to build. But since the hall has been up and running [in 2012], it’s been seen with real pride in the eyes of the citizens. but also for the region as well. It’s a great place to invite people; I think the orchestra falls into that percentile of 1-2% of people that like classical music that tend to be older and more mature. But we do concerts for 20,000 school kids every year, which is part of our mandate and purpose that we get as a condition of receiving state funding.”

Later that day at a café in the nearby town of Sandnes, there is a performance of a scaled-down version of the SSO, featuring an Oud player named Khaled Habeeb. Two years ago Habeeb fled his hometown of Latakia – a pro-Assad stronghold – for fear of persecution as his father was held in custody as a political prisoner. In the time Khaled has been in Norway, he has learnt Norwegian and is about to graduate University with a degree in Engineering. Speaking to DiS, he explains the benefits of living in a country which to many people, and also numerous studies show, has the highest living standards in the world:

“I got this fantastic chance to perform with the symphony orchestra in Stavanger through a councillor at the learning center.” Khaled explains. “So I sent them a video of me playing my Oud and that was it! Back in Syria, I wasn’t involved in orchestras but I played a little with friends and small groups. But I didn’t perform on a regular basis; I just did it for the love of music.”

What does playing in the orchestra mean for the refugees as well as the native population of Stavanger?

“Music has the capacity to carry memories and experiences of life. I think the most important thing is what it can do to find similarities between ourselves instead of differences.”

The following morning, I visit the Johannes Learning Centre. It’s a place where migrants and refugees families congregate to learn Norwegian and learn about its culture while their children go to school in other parts of the building. I went along to catch a performance of SSO and caught a quick word with Iman Yazdani, an Iranian who has been living in Norway for 15 years and plays the santoor, a flat Iranian stringed instrument. Having just completed his degree in Electrical Engineering, he spoke of his delight playing in the orchestra, but still missing Iran despite being away for so long.

“Playing within an orchestra is a huge thing and a big responsibility. You’re playing with professionals here. The santoor is quite a limited instrument and in Iran you’d usually play this alongside other traditional instruments. I have been playing the santoor for a long time, since I was 12 in fact. I used to play smaller concerts and performances than this in Stavanger at different cultural events and parties. But then we got to know one another a couple of years ago via an arrangement and they asked me to come for an audition. I played solo for them and became involved. Now when I’m needed, I play as part of the orchestra.”

What do people in the learning centre think when they hear this music?

“The thing is, many of these refugees are aware of the countries and instruments because they’re from the same region of the world. Many of them play different instruments at home in fact. They shouldn’t ever be afraid to express those talents to the world. As for the native Norwegians, they love the sound of different instruments such as the santoor. In the beginning, I was quite afraid they might not like it as they’re not used to this sound in their ears. But I was shocked at the response I got because at every place I played at, they loved it. They were curious about this new sound and kept asking me questions.”

On the whole, the Stavanger Symphony Orchestra is a beacon of hope. Through their initiatives and programmes to help serve the people of their city, region and newcomers, they’re more than pulling their weight into providing not so much a service but providing valuable and essential needs to them via the medium of music.

For more information about the Orchestra, and the refugee project, please visit their official website.