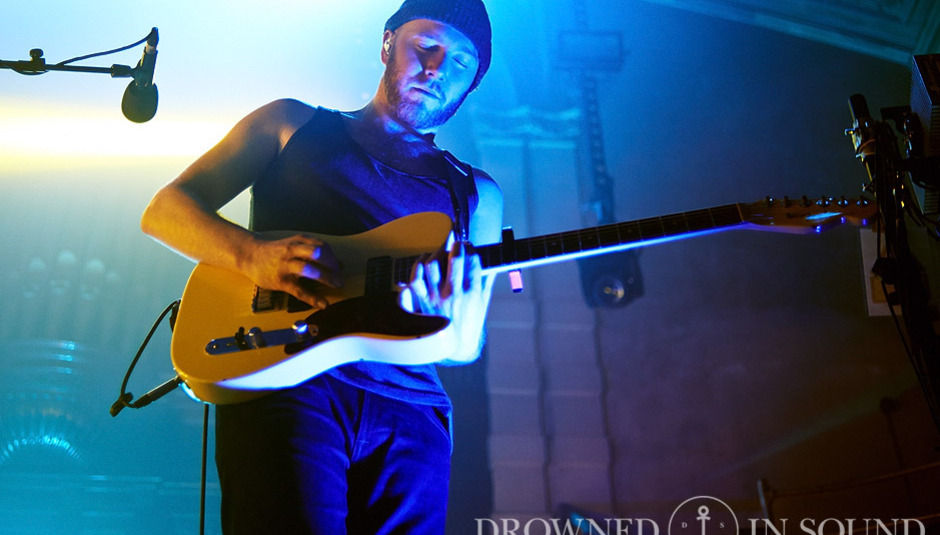 Secret Garden Party opens its doors for the very last time later this month. In March, the event's organisers sadly announced this year's edition would be the final one.

Situated in the Cambridgeshire village of Abbots Ripton, the inaugural event in 2004 catered for just 500 people, growing in size over time culminating in 26,000 attendees since 2014. While the line-up has regularly been among the strongest on the UK festival circuit over its lifespan, Secret Garden Party has so much more to offer than just watching bands. Whether it's the wood-fired sauna of Lost Horizons, beguiling spectacle that's Guerilla Science or this year's addition SGP's Got Some Talent which brings an X Factor style talent show to the proceedings.

Taking place from Thursday 20th to Sunday 23rd July, tickets are still available here. In the meantime, here are 10 acts DiS are looking forward to seeing.

This Nashville based four-piece have been creating a storm on the psych rock scene since forming five years ago. The band's fourth album Sleeping Through The War came out to a wave of critical acclaim earlier this year and their slot on the picturesque Where The Wild Things Are stage promises to be among the weekend's finest.

Something of a legend in the reggae and dancehall scenes, David Rodigan has been integral in establishing Jamaican music in the UK for nearly five decades now, having started out as a DJ on Radio London in 1978. Since then he's become something of a household name in the genre, culminating in being awarded an MBE in 2012 for services to broadcasting.

Having emerged at the tail end of 2011 with debut single 'Come Save Me', Jagwar Ma have arguably been one of the bands most responsible for kickstarting the whole psych rock/dance crossover like it was back in the early 90s. Taking their cue from the likes of Primal Scream and Andrew Weatherall, anthems like 'The Throw' and 'Give Me A Reason' are just what's required to give Secret Garden Party one final massive send off.

Risque, confrontational, yet utterly engaging. They're just some of the adjectives used to describe Peaches over the years and her slot on the Great Stage is not to be missed at any cost. Expect a mix of songs from her back catalogue such as electroclash bangers 'Set It Off' and 'Fuck The Pain Away' alongside cuts from her last release, 2015's Rub.

Pumarosa aren't afraid to mix things up, which is just as well as their cross-genre hybrid of spacerock, alternative pop, and dancefloor beats should fit in perfectly with Secret Garden Party's "anything and everything goes" ethos. Having gained a reputation as one of the most engaging live bands to emerge from the UK in recent years, May's debut long player The Witch ably demonstrates their songwriting talents to full effect too.

(The Temple Of Excess)

Something of a blast fro the past but one that's sure to keep the party rocking until sunrise. Having originally formed in Peterborough back in 1988, this duo were an integral part of the UK rave scene sharing stages with the likes of The Prodigy, 808 State, and Carl Cox while enjoying several Top 40 hit singles in the process. Despite having not released any new music for 20 years, they're still a big draw on the dance festival circuit as Secret Garden Party is about to find out.

Yes, THAT Steve Davis. He may have won the World Snooker Championship six times in a previous life but these days he's better known for his love of prog and psych rock, having first appeared on BBC 6 Music at the turn of the decade. The other half of Davis' radio show belongs to Kavus Torabi, the multi-instrumentalist founder member of London psych rockers Knifeworld. Their sonic fusion behind the decks in the Lost Woods Disco is sure to be among Secret Garden Party's most popular havens over the course of the weekend.

The solo project of Bombay Bicycle Club bass player Ed Nash, Toothless project sounds like a fusion of every genre under the sun which makes them impossible to categorise but more importantly, irresistable to the ears. Having released his first long player The Pace Or The Passing at the beginning of the year, he's gone on to establish himself as a solo artist of some distinction.

Toots And The Maytals

The brainchild of Frederick "Toots" Hibbert, Toots and The Maytals formed in the early 1960s and were instrumental in the fusion of ska and reggae which saw labels like Trojan become cultural landmarks in the process. Their influence can be heard among artists as diverse as Chic, The Specials, and Sean Paul while songs like 'Monkey Man', 'Pressure Drop' and '54-46 (That's My Number)' have been widely covered in many genres over the years. Arguably the most iconic name on this year's line-up, expect hits a plenty throughout their headline set on The Great Stage.

Long time DiS favourites ever since debut long player Limbo, Panto dropped unsuspectingly amidst a sea of angular post-punk upstarts back in 2008. Since then, the Leeds-based quartet have gone on to release four more albums culminating in last year's Boy King. Expect a career-spanning set that's certain to enrapture Secret Garden Party in its final hours.

Here's a playlist featuring many of the acts scheduled to play at this year's event.

Everything Slays: What Indie Rock Can...