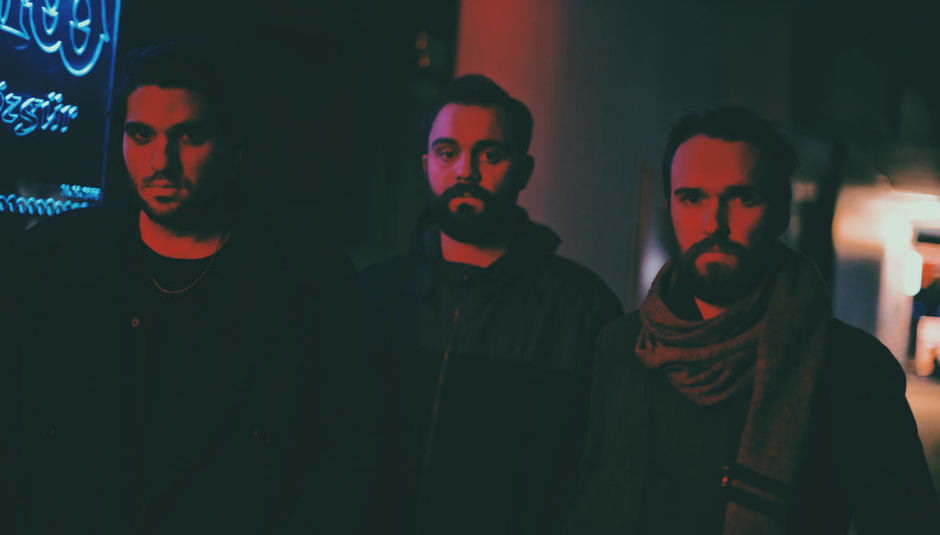 Turkish dreampop outfit The Away Days released their eagerly anticipated debut album Dreamed At Dawn in February, and its already up there with 2017's finest records to date. Formed five years ago and currently based in Istanbul, they first came to our attention via 2014's debut single 'Your Colour' and have been on Drowned In Sound's radar ever since.

This month sees them embark on their biggest European tour to date which eventually hits the UK in April. Here, singer, guitarist, and songwriter in chief Can Ozen gives DiS a guide to Istanbul, including the best places to catch a gig or hang out on a summer’s day.

Istanbul’s music scene is really exciting at the moment and there are no shortage of super cool venues to catch a gig in. One of our favourite is Salon IKSV where we’ve seen artists like Unknown Mortal Orchestra, Local Natives, Angel Olsen, Battles and, ahem, The Away Days have played there too (See photo below). It’s close to the Galata Tower if you want to do a bit of pre-gig sightseeing, or you can just head to any of the trendy bars nearby. 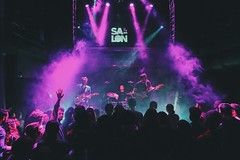 One of the biggest concert and theatre halls in Istanbul is the Zorlu PSM. It’s bigger and fancier than the Salon, and the atmosphere is electric. It’s close to Besiktas and has hosted everyone from Moderat to Ed Harcourt. 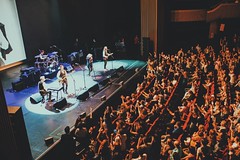 After a busy night, there’ll be just one thing on your mind: coffee. Our quirkiest java outlet is Walter’s - a Breaking Bad themed cafe where you can wear meth-lab suits and chuck pizza onto a roof (that’s not encouraged, actually). It’s based in Moda, which is a beautiful neighbourhood full of lovely people and lovely cats. 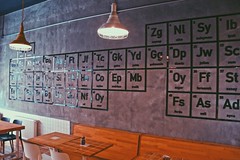 If you want something a bit more straighforward, we love Kronotrop. Its coffee is soooo good, and it’s just a nice place to hang out. You can find the shop in the heart of Cihangir. 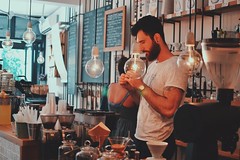 There are some cool art shops in Istanbul and most of them host exhibitions, acoustic performances and other events.

We really like Bant Mag. Havuz in the Kadikoy area. It’s owned by one of the biggest alternative culture and music magazines in Turkey called ‘Bant Mag’. You should definitely check this place out. 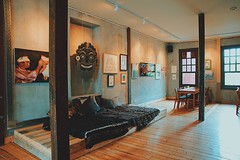 Tight Aggressive is technically a vegan cafe, but it’s known for its alternative exhibitions where you’ll find lots of up and coming designers showcasing their stuff. 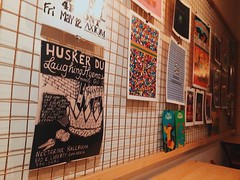 Tünel, the slope to Karaköy, where all the instrument shops are gathered. Had really fun time with Riley from Unknown Mortal Orchestra where he bought a new cymbal – Istanbul Series.

One of the colourful alleys of Karaköy, hippiest places of Istanbul recently.

Another wall from Karaköy full of graffiti.

The most famous of Istanbul’s galleries is Istanbul Modern - it hosts lots of very daring artworks and is always good for a wander around. Top tip: it’s free on Thursdays.

A lively scene from Karaköy’s vivacious people. It’s like London’s Bricklane at the moment.

A minivan attracting tourists with its accessories.

The most beautiful bookshop in the city (if you ask us) is in Beyoglu - called Robinson Crusoe, you could spend hours browsing in here. 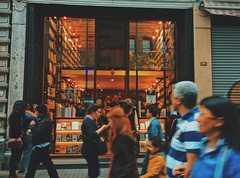 If it’s nice weather, head to Caddebostan in Kadikoy. We’ve spent many lazy summer days hanging out here, playing sports or just enjoying the view of the Princes’ Islands. 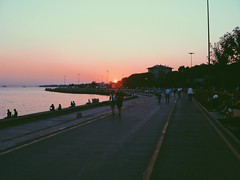 A scene from Istiklal Street, which used to be the hippiest street, location and meeting place of Istanbulite youngsters, nowadays just a touristic street for Middle Eastern people…

One of the alleys behind İstiklal Street going through Şişhane, another hip location of Beyoğlu.

Another alley of Karaköy, we as The Away Days had also performed an acoustic set for a local TV there

The mighty Galata Tower has been here for centuries.

Whatever they say, however they try to wear us out, a respectable amount of Istanbulites are living among these districts, we’re there, and always will be...

For more information on The Away Days visit their Facebook and Bandcamp pages.