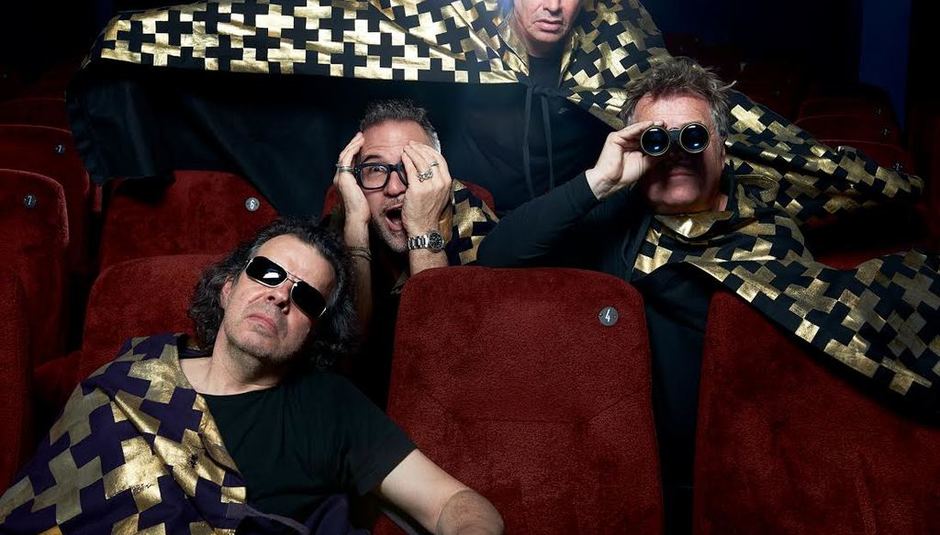 The Pop Group's Track By Track Guide to Honeymoon On Mars

The Pop Group's Track By Track Guide to Honeymoon On Mars

Legendary post punk outfit The Pop Group released Honeymoon On Mars last week, their second new album since reforming in 2010. Out on the band's own Freaks R Us imprint, the album was produced by dub reggae icon Dennis Bovell who also worked on their 1978 debut Y alongside The Bomb Squad's Hank Shocklee, renowned for his work on the first three Public Enemy records.

The Pop Group has always walked through the door of mystery, the other and the sidereal. This song is a tale of everyday miracles.

That feeling when you are completely alienated from the twisted logic of the world around you, alone in a crowd, caught in a silent scream, cannot awake from the nightmare.

Whilst having a late drink in Shibuya Tokyo (which itself feels like the set of Bladerunner 3) a mate of mine was saying about a messenger that had come from the future 'Michael 13'.

When the world is governed by what feels like psychopaths, this is the hidden backstory of the massive profits to be made from war. Plunderphonics supplied by the King of the Beat: Mr. Hank ‘Bring The Noise’ Shocklee.

A sci-fi lullaby. My modern day take on Jacques Brel. A very, very young me and Gareth Sager bonded over our love of a dramatic chanson. Every album should have one.

This little town hid a dark secret, a terrible unimaginable secret: it fed on their youth. A song about Thought Police and dream stealers.

In these dark days destiny’s calling that now more than ever we should speak truth to power. The drums of defiance and dissent can never be silenced.

A weird kind of Jamie Reed artwork triggered this clockwork doll gone mad pain, Chucky in a biker jacket and Doc Martens with a razorblade smile.

Next time I’m in heaven. As I’ve said before capitalism is the most barbaric of all religions, selling you salvation at what cost? A hymn for the damned and lost.

As totally corrupted politicians stir up manufactured hate and incite proxy resource wars, this one goes out to all the soldiers who have no idea what they’re really fighting for.

Honeymoon On Mars is released through Freaks R Us and can be purchased here.

The Pop Group head out on tour in November, calling at the following:-