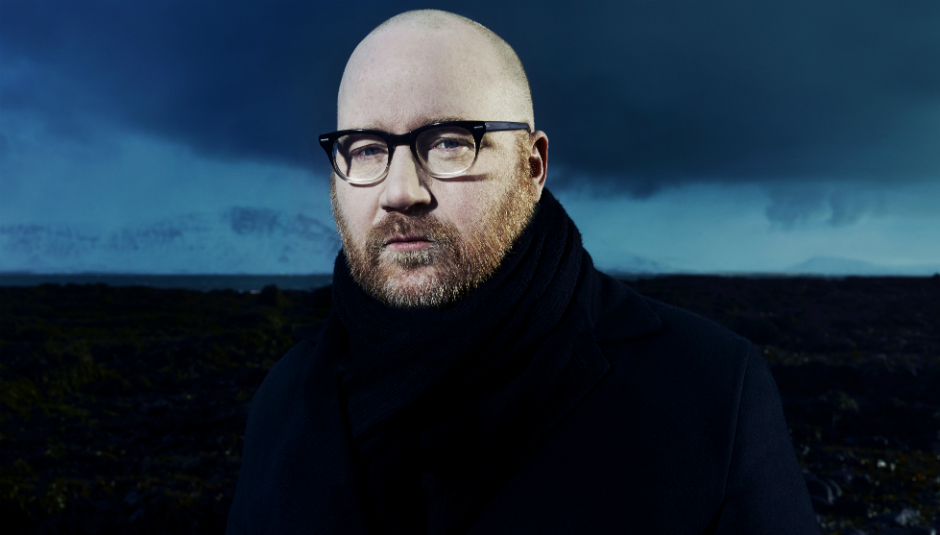 Orphée, the latest album by the Icelandic filmmaker and composer Jóhann Jóhannsson, is his first studio album since 2011's The Miner's Hymns. But that's not to say he hasn't been busy. On the contrary, the twice Oscar-nominated Jóhannsson has scored several Hollywood films and various other smaller projects in the interim years; prolific doesn't even come close. It's easy to see why his majestic compositions have found a home in cinema, but Orphée proves that they can stand alone; his unique blend of classical, ambient, and experimental music moves steadily but deliberately, each piece wallowing in its own grandeur. Themed around Ovid's version of the Orpheus myth, the album is a bold, personal statement, and a delight from start to finish; it's not hard to see why Denis Villeneuve, a director he's worked with many times before, commissioned Jóhannsson to score the much anticipated Blade Runner sequel, due for release in 2017. Here's the great man himself, with a track by track guide to his latest masterpiece.

Flight From The City

Written in 2009, this is one of the oldest pieces on the album. It is constantly shifting between states of rest and motion. There’s a constant feeling of push and pull and it is essentially in constant flux between states of tension and release. It went through many subtle changes as it developed over the years and it’s the one piece on the album that I’ve played regularly in concert.

A Song For Europa

This piece introduces the ascending harmonic pattern that recurs throughout the record, in this first instance played by a string ensemble. It also features a recording of a young girl's voice reciting numbers in German, recorded from one of the many Numbers Stations that were to be found on the shortwave radio spectrum during the Cold War. They are assumed to have been coded messages broadcast by various intelligence agencies, but no one knows their true function or origin. They were more prevalent during the Cold War, but some of them can still be heard today. What was interesting to me is combining this voice recording with a very delicate string arrangement so it becomes a clash of textures: the mechanical, lifeless and ghostly rawness and low bandwidth of the girl's voice form the shortwave radio contrasted with the soft silkiness and dramatic expression of the strings.

In Jean Cocteau's film Orphée, Jean Marais is shown listening obsessively on his car radio to what sounds like strange, repetitive avant-garde poetry, punctuated by shortwave noise bursts. Cocteau was inspired by the ‘BBC broadcasts of the occupation’, the mysterious coded transmissions that he heard on shortwave radio during World War II - the precursors of the Numbers Stations of the Cold War. So these ghostly voices can be heard as messages from beyond the threshold.

In my mind, the album Orphée deals with thresholds – between worlds, between light and dark, between extremes. The threshold that is crossed by Orpheus and - more obliquely - the threshold between the two worlds and two ideologies that was symbolized by the Wall in Berlin, my present hometown. After a few decades or relative calm it feels like Europe is slowly being torn apart again and that we are entering turbulent times or at least on the threshold of some major change.

This piece was entirely played on old keyboards: an old celeste, a pipe organ recorded in Iceland and some cheap 1990s Casio keyboards, of which I'm very fond. The title comes from Ovid's Metamorphoses.

A Deal With Chaos

The title comes from a conversation I once had with a well-respected poet and songwriter. We were discussing a common friend whose life was out of control. The poet's view was that to continue living the lifestyle our friend had chosen for himself required that he make some sort of ‘deal with chaos’. That phrase has always stuck with me. The music is a simple cello solo, again punctuated by the mysterious voices of the Numbers Stations.

A Pile Of Dust

A variation on the ascending harmonic pattern introduced in ‘A Song for Europa’, played by a string orchestra, with more melodic elements, some keyboard ostinatos and electronic processing. The title is again from Ovid's Metamorphoses.

A Sparrow Alighted Upon Our Shoulder

The title is a paraphrase of something Thoreau wrote. It was a title I wrote down a long time ago and always wanted to use. This light and delicate little piece seemed to fit it somehow.

The ascending harmonic pattern appears again, seemingly forever flowing upward - this time played on a pipe organ recorded in a church in Copenhagen.

By The Roes, And By The Hinds Of The Field

This piece is also based on a similar ascending chord pattern but played on piano with a string orchestra accompaniment and this version introduces a new piano melody. The title is from The Song Of Songs. To me, it’s the strangest and most beautiful part of the Bible, particularly in the English King James version. It's one of the many vestigial remains of Paganism in the Bible – it's an erotic poem, a dialogue between two lovers. This dialogue and its claims that love is as strong as death, connects with the story of Orpheus and Eurydice: "Set me as a seal upon your heart, as a seal upon your arm; for love is strong as death, passion fierce as the grave. Its flashes are flashes of fire, a raging flame." (The Song Of Songs 8:6-7). It's somehow overflowing with sensuality, but also a deep sadness.

The choice of title may also have been influenced by Lars Von Trier's disturbing but also beautiful and unforgettable scene of the hind giving birth in Antichrist, a film whose mantra, ‘chaos reigns’, made a deep impression on me. In The Song Of Songs, the phrase is used as an entreaty not to awaken the poet’s lover before the time is right – to awaken from death or from sleep is left ambiguous.

A simple string quartet and piano piece, related musically to ‘A Deal With Chaos’. The title is from Le Corbusier and his unrealized plan for his ideal city, the utopian Ville Radieuse.

This is another recurrence of the album's main theme, the ever-rising harmonic pattern, this time based on all acoustic recordings of pipe organ and string quartet, but heavily processed digitally, incorporating some additional drones and processed orchestral recordings.

This piece is musically related to ‘The Drowned World’, with more emphasis on the pipe organ and the string quartet.

The title is Latin for Of Light And Shadow, which sums up what the album represents to me in many ways: its themes of crossing thresholds, as well as transgression, and its role in artistic creation. In the Orpheus myth, art is created through defiance, by the poet defying the gods’ interdiction to turn his head towards his beloved as he leaves Hades. It is also a myth about a song, a story about a story. It’s about the fleeting, elusive quality of an idea and the ephemeral nature of memory; and about the hold the dead have over us.

The music is a variation of the album's theme with the ever-rising harmonic thrust. The first part is string orchestra punctuated by ghostly electronics, while a solo piano takes up the theme in the second part.

Both this piece and the next one take their titles from the poem Good Morning, Midnight by Emily Dickinson. It is also the title of a great novel by Jean Rhys. Dickinson often dealt with thwarted passion in her poems as well as with the subject of death, and this poem has always resonated with me quite strongly.

A gentler reflection of the previous piece, like a slightly distorted mirror image, this work is for string orchestra, solo cello and organ.

A fragment of Ovid's retelling of the Orpheus myth in his Metamorphoses is used here as the text for the album's final piece for 9 unaccompanied singers, performed by Theatre of Voices and conducted by Paul Hillier. The piece is the final variation on the album's rising harmonic pattern, where there is some play with the voicings and where I add a very simple but soaring melody in the sopranos, which floats ecstatically over the underlying harmony.

Jóhann Jóhannsson's Orphée is out now on Deutsche Grammophon. For more information, visit his official website.