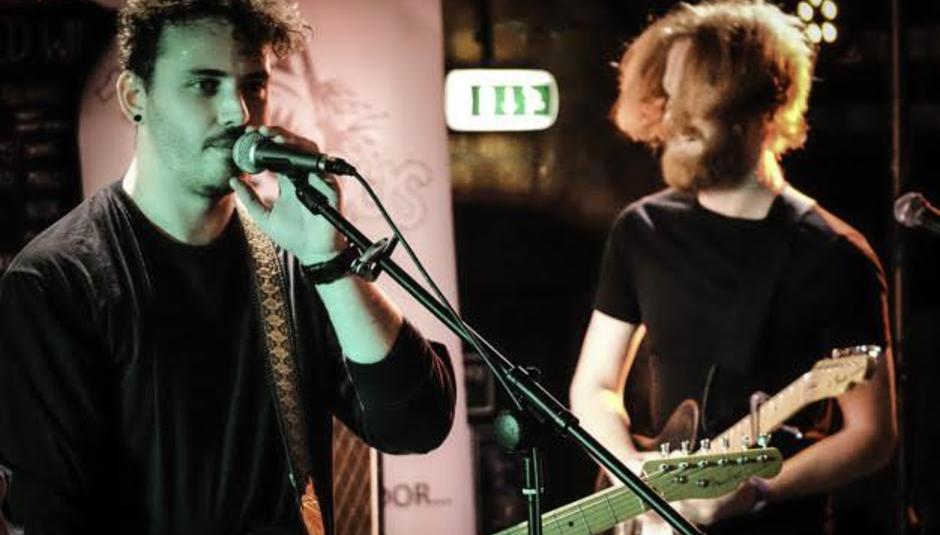 Nottingham's transformation from rock and roll backwater to one of music's most vibrant hubs of activity continues at an unabated pace. No longer seen as the Midlands' poor relation behind Birmingham and Leicester, its growing number of venues and festival-themed events coupled with an array of musical talent to rival anywhere in the UK makes it one of the most popular locations around at the minute. What's most exciting is that despite the history attached to local institutions such as Rock City and the Rescue Rooms, its no longer just about internationally renowned touring bands. With many of its homegrown acts already signed to major publishing deals and recording contracts, London's A&R contingent have been scrambling for a piece of the action on Trentside in recent months rather it being the other way round.

One of the most reputable events for sourcing fresh local talent is the Nottingham Waterfront Festival. Now in its sixth year, having first opened its doors in 2011, it's proved to be a hotbed for discovering new blood with pretty much anyone and everyone from the East Midlands having played over the course of its short lifespan. Essentially the brainchild of Nottingham based promotions-cum-record-label-and-publishing company I'm Not From London, it's gone from being an ambitious attempt at bringing as many of the city's musicians together for a day to one of the region's most prestigious gatherings of the summer festival season.

Housed in the ornate settings of the Canalhouse, a bar and restaurant situated on the banks of the Trent canal in what was formerly the Canal Museum, the festival is spread across three stages - two indoors on the upper and ground floor, and one outside in the beer garden. This year's event played host to over thirty artists from midday on Saturday 13th August until the early hours of Sunday morning, raising just over £3500 for charity in the process.

With 2015's event selling out in advance, expectations were high for this year's shindig too, especially with the glorious sunshine that bathed the whole day's proceedings. There was also a fancy dress theme with revellers and artists asked to come as their favourite dead rock stars; Prince, Elvis, Amy Winehouse, several Ramones, and even Devo's Bob Casale all made an appearance throughout the day.

Although the early part of the day felt more like an open mic session with many artists on the outdoor stage, including acoustic renditions of well-known songs, it also meant those prepared to embark on sets of a more audacious persuasion stood out, such as local troubadour George Holroyd and soulful Leeds based singer-cum-beatboxer Ricky Fleming. Inside, teenage indie poppers Super Furniture kick up an early afternoon storm, as do sludge rock trio Black Shiver, whose sonic template references Soundgarden and latter-day Arctic Monkeys.

Upstairs, local grunge outfit The Madeline Rust get into the spirit by not only dressing as dead rock stars, but playing an entire set of covers dedicated to those who've passed away too. As the afternoon draws to a close and the early evening sets in, Cannibal Animal's spiky garage racket causes a riot and the day's first moshpit on the indoor ground stage, sponsored by Gigantic Tickets. One of two Hull based bands on the bill (the other being noisy punk rockers No Nothings, more of whom later), their set proves to be an early highlight.

As does Sunset Nebula's energetic take on instrumental psychedelia and post-rock. Although only formed just over a year ago, they're already carving out a reputation as one of the most exciting outfits on the psych rock scene and with songs like 'Oceans' mesmerising all and sundry, it's easy to see why big things are predicted in the not too distant future. 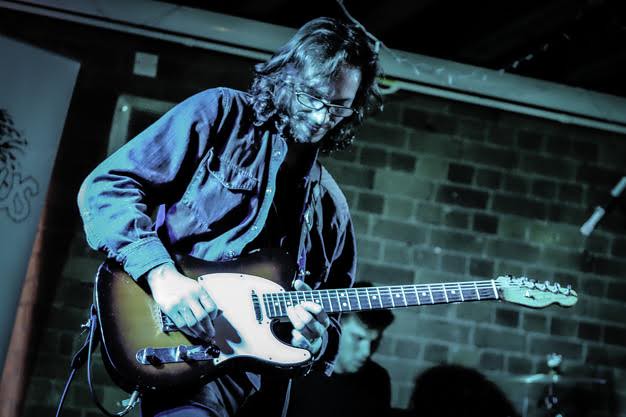 Also causing a fuss and filling the ground floor stage to near capacity are experimental trio Eyre Llew. Indeed, watching them play with such dexterous precision it's difficult to believe their first live show was just fifteen months ago. Yet with numerous festival appearances under their belt already this summer, and one of its most exceptional single releases to their name in the shape of the beautiful 'Vorfreude', its no surprise that the smart money is on them to follow in the footsteps of people like Kagoule and Dog Is Dead in being the next band to break nationally outside of the city.

We're also pleasantly surprised and decidedly entranced by prog-metal four-piece Future Shinjuku whose ethereal sonic palette of noise and ambience reminds us of long departed but never forgotten experimentalists Oceansize. In between times, garage punk duo You Want Fox make us reminisce for the halcyon days of The Runaways or a stripped down Hole. Neither of which should be scoffed at.

While acid metal combo Abracadabra divide opinion based on whatever substances may or may not have been consumed, the aforementioned No Nothings tear through their set like there's no tomorrow. Which there may well not be for some, as bodies pile up and heads crash into metal stair rails out front.

Meanwhile on the outdoor stage, Three Girl Rhumba's pop-tinged math rock makes us yearn for the next Foals record to be more about lavish hooks and timeless melody than sonic belligerence and heavy metal posturing. With the evening drawing to a close, it's a good time to reflect on how healthy Nottingham's music scene has become. Several hundred smiling faces tell their own story, albeit with bodies covered in sweat and bruises. Once upon a time Nottingham might have been the scene that celebrated itself. These days however, everyone's invited to the party, and it's one that looks set to continue growing for a long time to come.

Why A Storm In Heaven Is The Verve’s ...