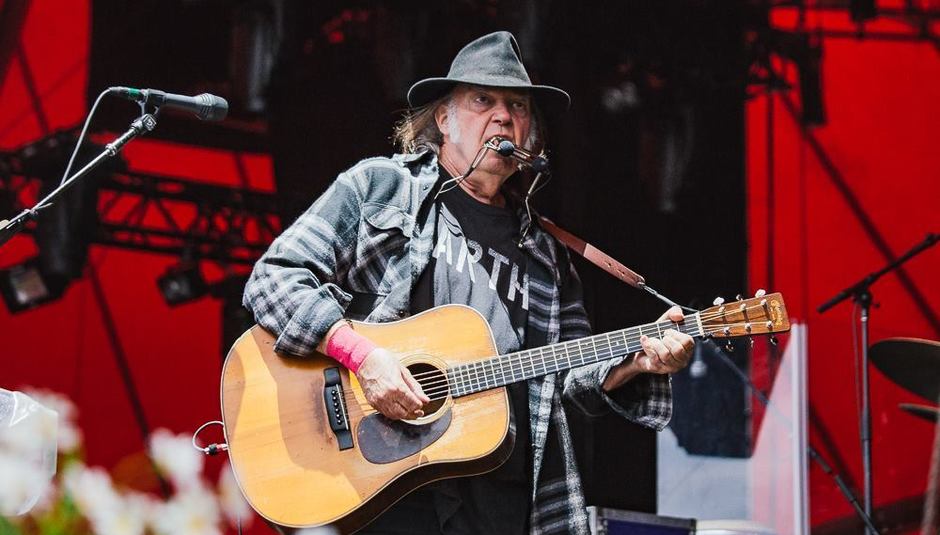 In what's become a saturated market, Roskilde is no ordinary music festival. An event created mostly by approximately 32,000 volunteers, there's a community spirit running throughout Roskilde Festival unlike any other. While those outside its community might focus on the line-up - and make no bones about it, Roskilde rarely let's its standards slip below the stellar region - there's so much more on offer than just eight - yes that did say EIGHT - days of music.

Indeed, the camp sites exist almost as a separate festival in their own right, housing for example the formidable Dream City), whose concept is similar to that of Shangri-La or Block 9 at Glastonbury. Built by volunteers to house 4-5000 of Roskilde's 130,000 revellers, Dream City exists as a dystopian society of sorts where soundsystems the size of houses nestle among the tents in a futuristic sub-village. DiS spends most of Thursday (Day 6) in these fields and speaks to a couple of people who admit to not venturing onto Roskilde's main area. "Why would we need to?" declares Lena, a 20-year-old student from Aarhus. "Everything we want is here." To a degree, she's not wrong.

We spend nearly four hours in Food Jam, a unique experience that for 65 krona (approximately £5.80) allows punters to cook their own meal from scratch using 100% organic locally sourced ingredients. It's a novel idea that could catch on at some of the UK's more refined events if introduced, and one that makes us forget we're even at a music festival for a while. In fact, Roskilde prides itself on the quality of cuisine on offer. Even the basic burger joints are a cut above your average greased entrails in a bun while its Food Court plays host to eighteen of the best eateries from Copenhagen and its surrounding areas, along with a selection of highly respected chefs cooking said meals on the spot.

The traditional Naked Run also takes place on Thursday, having been moved from its originally scheduled Saturday morning due to the ever-increasing mud around the site. Ah yes, the weather. If there's one thing that can be predicted wherever DiS turns up this summer, it's torrential rain, and Roskilde is no exception for a large part. Nevertheless, spirits aren't dampened even if clothes and hair are, while the camaraderie and friendly demeanour of every single person we encounter make this a thoroughly enjoyable experience whatever the climate.

Although there's four days of fringe events starting on the previous Saturday (25th June), the main programme begins on Wednesday (29th) afternoon, and one of the things that's so refreshing about a festival such as this is being able to stumble upon new acts with random abandon. Which is where our musical journey starts, in the dimly lit confines of the Gloria Stage. Kuhn Narin's Electric Phin Band (the "electric Phin" being a traditional Thai instrument that's shaped like a lute) play a largely improvised set that's steeped in the culture of their native Thailand, then fused with elements of Western psychedelic rock. It's a magical mix that sets things up nicely for our early evening date with metal behemoths Slayer. Unsurprisingly, the closing segment filled with blasts from the past such as 'Hell Awaits', 'Raining Blood', 'Black Magic', and 'Angel Of Death' goes down a storm with both band and moshpit relentless throughout.

At The Drive-In also seem revitalised after doubts they'd even play at all, having cancelled a large chunk of their US tour in the weeks preceding Roskilde. Nevertheless Cedric Bixler and co are on top form throughout with '198d' off 1999's Vaya EP making a rare appearance alongside the more familiar Relationship Of Command material culminating in a riotous 'One Armed Scissor' for the finale. Red Hot Chili Peppers' status as bill toppers would be more justified if they could actually bothered to play in time together (check out 'Give It Away' from 1:23:30 as a prime example of a band that really cannot be arsed), so it's left to Chilean psych rock trio Follakzoid to provide the real climax to Wednesday's proceedings.

The next day, food and Roskilde's "other world" (see paragraphs 2, 3 & 4) take centre stage but there's still time to see Grimes' accelerated bid for world domination continue at a rate of knots. Accusations of her miming matter little as this all-action display of high energy dance moves coupled with some of the freshest electro-pop this side of the 1980s makes those Madonna comparisons - albeit on a DIY scale - increasingly validated. Chvrches, on the other hand, seem a little muted in comparison. Polite rather than pulsating, they don't quite reach the dizzy heights attained by Claire Boucher and her assorted bunch of cohorts. Tenacious D are a mystifying phenomenon too; mystifying in that the joke hasn't worn thin by now, although to be fair, Kyle Gass and Jack Black's backing band are flawless throughout. Thankfully, parity is restored in the early hours by Seattle trio So Pitted, whose ferocious take on primal garage-flavoured noise rock reminds us of the lamented likes of The Jesus Lizard, Big Black, and The Hunches respectively.

Friday's early morning wake up call comes courtesy of Perth's Methyl Ethel, whose poppy shoegaze provides a welcome boost amidst the grey skies and pouring rain that greets us overhead. Across the way on the Avalon stage, Aarhus outfit Liss play a brand of soulful pop that could have been transported in a time machine marked 1985; Erasure and Fine Young Cannibals eat your hearts out. Slightly more appealing are the lo-fi darlings of Pitchfork, Whitney. Made up of former members of the vastly underrated Smith Westerns, their countrified indie-rock makes for a soothing contrast to the high octane pop previously witnessed, although we still prefer fellow ex-Smith Western Cullen Omori's new record to theirs.

Unsurprisingly, Foals attract one of the largest crowds of the weekend to the outdoor Orange (main) Stage, and even when the heavens open halfway through their hour-long set, it doesn't deter those present from dancing and singing along merrily. Walking away with first prize for most mesmeric set of the weekend are Colin Stetson & Sarah Neufeld, who between them conjure up something of a twisted erotic fantasy. Playing a set largely revolved around last year's Never Were The Way She Was collaboration, their performance is nothing short of spellbinding, culminating in the pair's bodies entwining over a blistering 'Flight' at its finale. Meanwhile, over on the Apollo Stage, Stormzy pulls a huge crowd only to glad to join in with his call and response mantras, even if some of the Croydon street slang flies way above many Danish natives heads.

A row of pot plants adorn the front of the stage as a grand piano sits to its left. With a track record of snaring huge European festival headline exclusives, this year proves no exception; Neil Young, backed by Californian outfit Promise Of The Real, is nothing short of sensational. 'After The Goldrush', 'Heart Of Gold', and 'The Needle And The Damge Done' are dispatched immediately and from there on in, a demonstration of some of the greatest songs ever written takes place. Three hours later, after a near half hour version of Crazy Horse's 'Love And Only Love' concludes the show, people are left aghast at what they've just witnessed.

M83 on the other hand are a tad disappointing. Not technically, but Anthony Gonzalez and co's reluctance to delve too deeply into their back catalogue can be frustrating at times. So it's left to nouveau slacker Will Toledo and Car Seat Headrest to put the smiles back on people's faces, while delivering a blistering set of Pavement-esque post-punk that bristles with energy even if it really wants to sleep.

Opening the Pavilion Stage on Saturday lunchtime are Danish trio The Entrepreneurs, and they're something of a revelation. Their brand of noise infused post-punk recalls The Jesus & Mary Chain, A Place To Bury Strangers, and Interpol, as well as fellow Scandinavian troupe Fews, and has the audience transfixed by the end of first song 'Seagull'. At one point, drummer Jonas Wetterslev pops backstage and reemerges with several cases of wine which are hurriedly passed out to the front rows of the audience. Precisely seventy-five minutes later their high octane set finally comes to an end, the bar already set ridiculously high for anyone that dares to follow.

Both Danish hair-metal act Dizzy Mizz Lizzy and Kentucky country singer Sturgill Simpson try their damnedest with mixed results, and it's left to Cate Le Bon's psychedelic folk to steal the show and crown as the new Princess Of Wales in the process. The less said about The Last Shadow Puppets excruciating set the better, particularly when they commit the heinous act of covering The Fall's 'Totally Wired'. Badly.

Having witnessed both New Order and LCD Soundsystem own Worthy Farm a week earlier, it would be difficult to think of a better coupling to bring Roskilde 2016 to a close than this pair. Clearly enjoying themselves in the wake of last year's return to form Music Complete, New Order play a set that's timeless in both execution and content, a point made clear by the numbers attempting to get into the Arena Stage, which stretches far back into the surrounding field. 'Singularity', 'Tutti Frutti', and 'Plastic' off the new record sit gracefully with older, more familiar material like 'Ceremony' and 'Blue Monday'. A poignant yet celebratory run through 'Love Will Tear Us Apart' brings their show to a close, departing revellers singing the refrain from 'Temptation' as they leave.

Criticise James Murphy all you like for bringing back LCD Soundsystem little over four years after calling it a day, but this current run of shows are undoubtedly among the finest he's ever played. From the moment 'Us V Them' announces their arrival, through rapturous renditions of 'Tribulations' and 'Yeah', to the deftly orchestrated pop of 'Someone Great' and 'Dance Yrself Clean', there's not a single moment where this set doesn't hit the spot. And if there's a better song with which to close a show - or a festival for matter - than 'All My Friends', I've yet to hear it.

A truly magnificent ending to one of the most delightful music festivals in Europe.