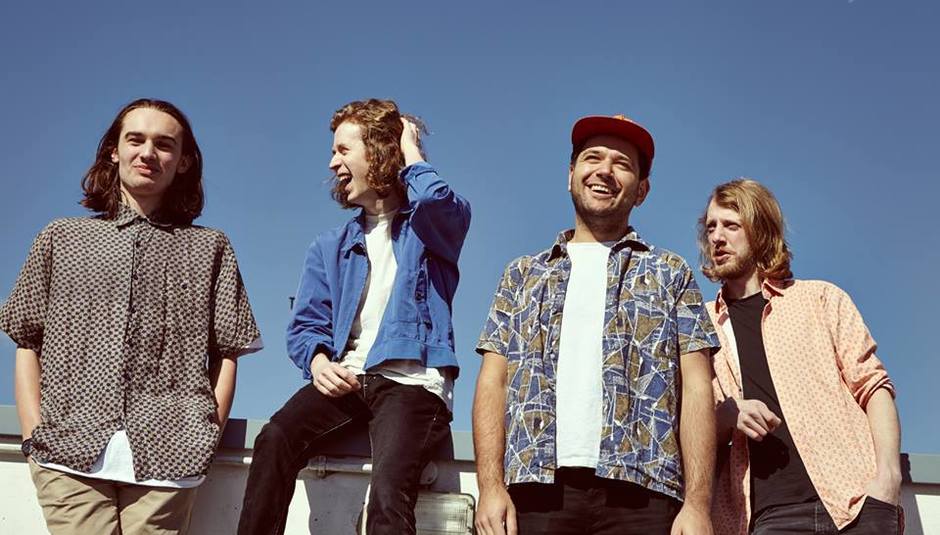 It's the Spring Bank Holiday this weekend which can only mean one thing, Dot To Dot festival is upon us. Now in its 11th year, the multi-venue event opens its doors on Friday 27th May in Manchester, before moving onto Manchester on Saturday 28th then Nottingham on Sunday 29th.

What's more, this year's event is bigger than ever before, with over 150 artists set perform on over 50 stages across the three cities.

DiS will be in attendance at both the Manchester and Nottingham events, and here's twenty acts we're most looking forward to seeing.

One of the most energetic live bands on the circuit, not to mention one of the most hard working to boot. Debut long player Tell Me If You Like To comes out on 10th June and it lives up to the expectations set by their live show. Not to be missed.

Arguably one of the most exciting bands to emerge in recent years. This Malmo based four-piece channel post punk influences with elements of noise, krautrock and shoegaze. First album Means came out last week to a plethora of rave reviews. Come see what all the fuss is about.

This Nottingham trio have been carving a reputation for themselves around the city over the past couple of years. Elements of punk combined with a slacker attitude make them an enticing prospect.

Fusing shoegaze, surf pop and lo-fi punk, this Manchester trio have been causing a stir in their native city for a while now. Go check them out.

Having emerged from the ashes of Wet Nuns just over a year ago, this Sheffield based trio have quickly established themselves as one of the most promising new guitar bands around. Mixing prog and psych influences with classic rock stylings, they're also one of the most incendiary live acts we've witnessed in recent months too.

Fronted by singer/songwriter Leah Sinead, this Nottingham based collective recently released their latest EP, What We Do to a wave of critical acclaim. With comparisons to PJ Harvey, Portishead and The Cranberries among others, there's plenty to be excited about.

This Nottingham based trio only played their first show twelve months ago. However, they've since garnered quite a reputation for themselves thanks to their entrancing, ambient post rock that recalls Sigur Ros, Explosions In The Sky and 65daysofstatic in all its glory.

These Gloucestershire based twins make enchanting leftfield pop that's had the music industry in a bit of a lather since their debut EP Universe landed last November. Find out why this weekend. We guarantee you won't be disappointed.

This experimental four-piece aren't frightened when it comes to cross-pollinating the odd genre or three. Psychedelic rock, dance, quirky lo-fi and even punk all come under the microscope. Ones to watch for sure if you're in Manchester.

If deftly executed electro pop is your bag, this Mancunian outfit are likely to be right up your street. Classy and intelligent without being overly polished, they're a delightful breath of fresh air.

The solo project of London based Midlander James Pain, formerly of You-V-Me and Hunting Party. This one man electronic band has already been creating a stir around the capital, and this - TameBerserk's first excursion outside of London - should be no exception.

Nottingham's Field Studies come with a big reputation and an even bigger armoury of songs. Complex in structure yet simple in execution, there's elements of Radiohead, The Boxer Rebellion and Six By Seven in their sound yet also a distinctive edge too.

The Bear Around Your Neck

Nathaniel Scott to his friends and family but otherwise known as The Bear Around Your Neck. His melodic nuances coupled with politically and socially aware lyrical commentaries make him one of the most interesting singer songwriters to emerge from Manchester's vibrant underground in recent times.

London based five-piece Pumarosa aren't known for doing things in half measures, which is why comparisons to Portishead and early Verve aren't that wide of the mark. Debut single 'Priestess' received rapturous praise upon release last September and their subsequent recordings have attained similar levels of critical acclaim since. Prepare to be dazzled.

The smart money is on this Nottingham duo being the next act from the city to achieve mainstream success. Purveyors of acute and occasionally discordant electronica with pop sensibilities that recall the Pet Shop Boys and OMD as much as James Murphy or The Aphex Twin.

Riff heavy garage rock from Hull that's as likely to leave its imprint between your eyes as it is inside one's ears. Loud, confrontational and unpredictable. Expect the unexpected but one thing's for sure, you won't forget them in a hurry.

This Nottingham collective have been wowing local gig goers for the past couple of years. Reference points include The Coral and Doves while the yin/yang opposites attraction dual vocalists Will Jeffrey and Rob Davidson create is worth the admission fee alone.

Local troubadour Daudi Matsiko has been wowing Nottingham gig goers for a while now thanks to his impressive brand of mostly funereal compositions, or "bleak folk" as he calls it. Newly signed to Naim Records, his breathy vocal style and carefully orchestrated melodies are reminiscent of Michael Kiwanuka or Jeff Buckley and his show here is sure to be one of the festival's biggest talking points.

Psychedelic grunge like The Wytches covering Mudhoney, this Nottingham based trio emerged two years ago as one of the most exciting new bands in the East Midlands and a subsequent tour with Purson has only served to enhance their reputation somewhat.

P.S. One of the aforementioned 20 will be playing a secret headline set at 2am in Nottingham's Bodega venue.

Here's a 35 song playlist featuring some of the participating artists at this year's event.

In Photos: Emma Pollock @ Newcastle A...