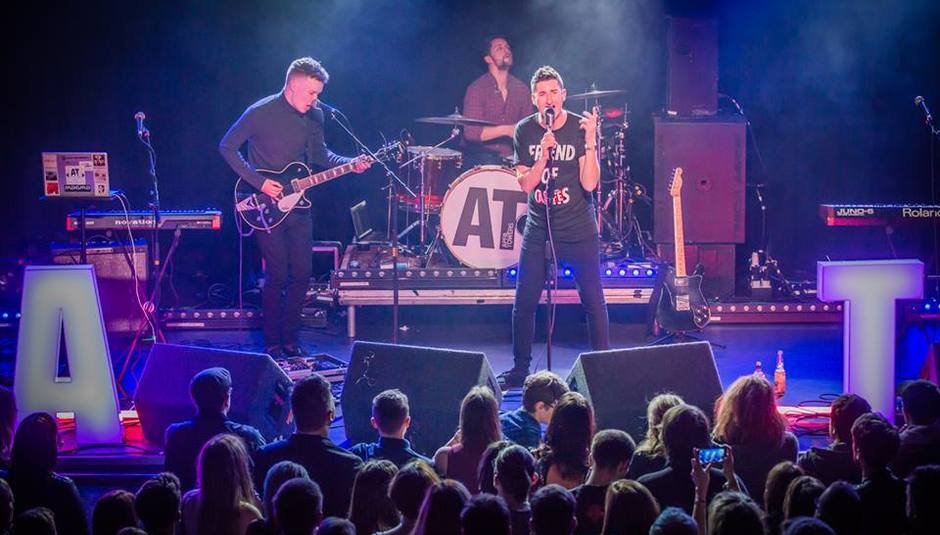 Having spent far too long in the doldrums, the East Midlands music scene - and particularly that associated with the fair city of Nottingham - is currently thriving. While the likes of Sleaford Mods, Philip George and Indiana have gone on achieve a modicum of critical and commercial success this year, there's already a second wave of creativity ready to emerge from the city's vibrant underground as we speak. Kagoule's impressive debut Urth already garnered praise on these and several other pages upon its release in August, and with releases expected in the coming months from the likes of Field Studies, When The Sun Hits, Sunset Nebula and Three Girl Rhumba, Nottingham has become a musical force to be reckoned with.

The next two acts expected to break are April Towers and Eyre Llew, who despite being from opposite ends of the musical spectrum, share a kinship of sorts. Both keen perfectionists when it comes to creating their wares in the studio and developing them for a live audience. Not to mention being unashamedly prolific. With enough recorded material to fill two albums apiece, both could quite easily have put out debuts over the past twelve months. Preferring instead to concentrate on writing then releasing the occasional single while honing their live shows. These being the focal points of attention undoubtedly responsible for elevating them up the list of future contenders, both from a regional and national perspective.

What also stands both bands in good stead is their past experience with other outfits which didn't necessarily end so well. Only too aware of what a fickle industry the music business can be, it's to both bands' credit that the significant progress they've made this past year has been largely on their own terms. Still technically unsigned (although April Towers did sign a publishing deal with Sony a few weeks ago) and in the process of talking to labels, it's this policy of only choosing to work with someone if it feels right that makes their ascent more heartwarming.

On announcing their first (and final) headline show in the city this year, April Towers probably couldn't have imagined beyond their wildest dreams tonight would be a complete sell out. With a capacity of 450, the Rescue Rooms is significantly bigger than any other venue they've previously headlined in Nottingham, and while the radio play garnered by current single 'Modern Psyche' and its predecessors 'A Little Bit Of Fear' and 'Arcadia' has undoubtedly proved key in establishing the band's name, it's a remarkable achievement for a band still only in their embryonic stages. Although primarily a duo - Alex Noble (vocals/synths), Charles Burley (guitars/synths) - the recent addition of live drummer John Bullock has made them a much more potent force in the flesh, transforming the aforementioned trio and future hits in waiting 'Say Yes' and 'Famework' into nouveau pop classics a la Pet Shop Boys or New Order.

Before the headliners arrival on stage, local newcomers Josh Wheatley and Suspect Alibi set their stalls out for future recognition. The former's darkly constructed electro ballads fusing amiably with the latter's happy-go-lucky indie pop, only adding to the array of diversity on display this evening. It's experimental trio Eyre Llew that really make people take note though. Having only played their first live show just over six months ago and still not quite reached double figures yet, it's testament to their dexterity that they perform with the air and grace of seasoned veterans. Elements of ambient chamber pop and slowcore seep into the likes of 'Atelo' and 'Hwyl Fawr', while explosive closer 'Fire Breather' provides the missing link between heavy metal's raging inner beast and post-rock's deftly orchestrated time structures in its incendiary finale.

Which brings us back round full circle to April Towers. As 'No Corruption' delivers their eleven songs set to its joyous climax, there's a celebratory buzz throughout the venue that carries on long into the night. Not only has Nottingham finally come of age, so have two of its most special discoveries in recent years. April Towers and Eyre Llew. Remember the names, because you'll be seeing a lot more of them in 2016. Of that I'm sure.