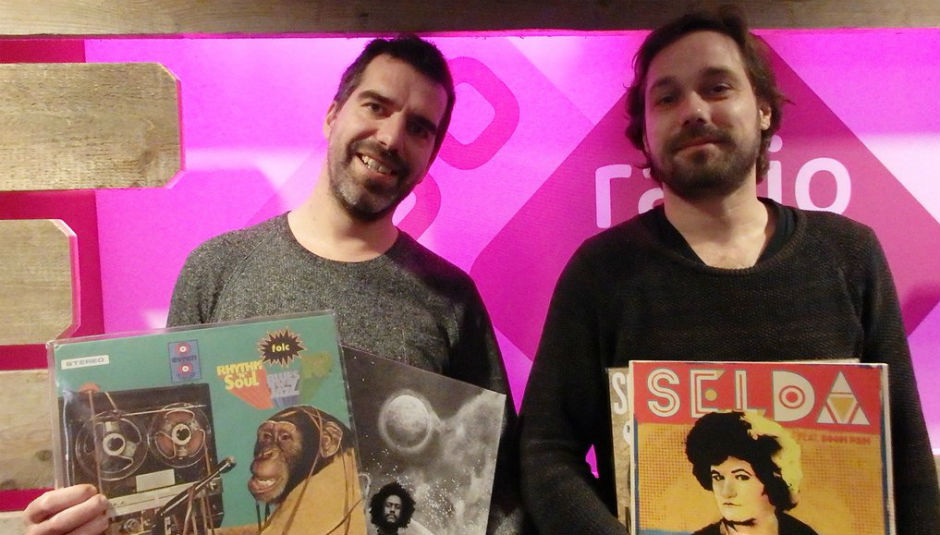 These are not easy times to be running a music festival. The economic downturn of the last few years has, as we know, hit all the arts hard - and music is no different. Putting on a killer event over several days, one that appeals to fans and straddles the thin line between being popular enough to balance the books but cool enough to attract acclaim and praise is no mean feat - something confirmed by a number of high profile casualties over the last few years. And, in America at least, those with financial clout are attempting to "buy up" smaller events to control content, something that would seriously dent the individuality and quirkiness of most European festivals were the same to happen this side of the pond.

But Bob van Heur remains optimistic. The co-founder of Le Guess Who?, an eclectic yet wildly popular festival that takes place in the Dutch city of Utrecht every November, sees a bright future - no surprise given that this is one event that continues to grow and go from strength to strength, even as it enters its ninth year. I met up with him prior to this year's festival to discuss booking bands, managing growth, and dealing with critics.

DiS: What led you to start a music festival? And why Utrecht, as opposed to Amsterdam?

Bob van Heur: My colleague Johan and I have known each other for more than 20 years now, as we grew up in the same area and worked at the same youth-centre back in the day. We were both actively promoting bands; Johan for the Tivoli venue, and myself as booking agent at Belmont Bookings. But we felt the need to do something together and promote artists that we both loved and felt that people needed to see in The Netherlands. At that point there was a lot of good music coming from Canada, so that was quickly our anchor to build a festival around. And as we both lived in Utrecht and Johan was working for the main venue there, it was a logical step to do it there.

What were your hopes for the event when you started it?

I think we mainly wanted to achieve that bands we loved would get better known because of our festival, and that it would be a vibe-y night that an audience, as well as artists, would remember fondly. We never expected or could have imagined that the festival would develop the way it has over the last couple years.

Would you say the festival has a particular ethos, or guiding principle? If so, what is it?

A lot of the festival is simply based on our gut feeling. Every year is totally different, but one thing we try to do is to create an environment that’s just as interesting for the artists as it is for the audience. And we try to present more obscure genres in the same way as you would present more popular artists; at our festival, no one is a headliner as we are not the ones to judge which artists are more popular. Our audience can make these choices themselves.

Le Guess Who? is now well known for the range of independent and eclectic artists that play. Do you make all the decisions about who to invite yourself? What criteria do you use to pick people?

Yes, since day number one it’s been me and my colleague Johan deciding on the program. Of course, we are in touch with many people who recommend artists to us. But if we don’t like it, then it most likely won’t happen. For a few years we’ve also had other artists and other promoters/festivals to curate a part of the program though; this way we can create a deeper program and a context, which works better for many of the artists performing. The audience also gets a better feel of what these artists like and love, and the artists feel more at home as they play with many of their friends and bands they love. Everyone connects better with each other this way.

Do you ever get criticism for not inviting enough Dutch acts, or not being a big enough supporter of local acts?

We have heard that before. But luckily it’s not the case that we don’t promote local bands. We have a free-entrance daytime festival, called Le Mini Who?, which runs in the same weekend as Le Guess Who? and where we invite mainly Dutch artists to play. And every year some Dutch artists make it to the main festival as well; if it fits the line-up then it doesn’t matter if the bands come from The Netherlands or from somewhere else on this planet. And the bigger the festival gets, the more aware we are how important it is to promote local artists and organizations within an international line-up.

What inspired you to add a May Day to the festival, as a separate event?

I would say we are just always hungry to promote bands we love, and by doing a May event we could do this twice a year instead of just once. So it’s mainly the love for music again which made us do this – and by doing an event a half-year before the main event, we could put some extra focus on Le Guess Who? too.

How easy has it been to attract some of the bigger, better known artists to the festival? Have you ever had issues with people saying “no”?

Yes, that happens for sure. It doesn’t really matter if it’s bigger, better known artists or smaller, more unknown artists; we always have a lot of dreams regarding artists we’d like to invite but it’s not always possible to bring them over because of availability or requested finances. Luckily, the more known the festival becomes, the more and more artists are eager to play the event as they feel Le Guess Who? is something special and not just a bunch of bands playing on the same day. I think it is and should be a place where artists can be inspired by other artists performing at the same festival.

The festival has expanded every year, and 2015 will be the biggest yet. Is it possible for a festival to reach a happy equilibrium, where you say: “Ok, it’s big enough, I don’t want it or need it to get any bigger”? Or will growth be a constant goal?

Growth has actually never been the goal for Le Guess Who?, it’s just something that naturally happened. More and more bands are interested to play the festival and we just really felt the need to showcase this as we thought it was something people needed to see. I think our only goal has been to make the program more cohesive than the year before, no matter how many artists are playing. But again, the love for music pushes the festival every year to another level and makes it bigger than we did the year before. There is just so much good music around that people really need to experience in our opinion. As long as that doesn’t stop, we will try to find a way to present this.

I noticed from the line up this year there are a lot more venues – which means a lot more running around, trying to see as much as possible. Is this something that you think about when scheduling, and putting everything together?

We go back and forth constantly for months on the timetable, keeping in mind what is the best slot for the artists and where they can have the best possible show with maximum exposure and the right context. And we try to create a timetable where our audience can see as much as possible. One of the reasons that we have more venues is also that certain locations sometimes just work better for specific artists. Then we will look to how present these shows in the right environment if possible. Making choices is unavoidable but we also believe that if our audience goes with the flow, they might even see more exciting artists than when they just go to the artists they already know.

What does the future hold for Le Guess who? What are your long-term goals and plans?

We have many ideas and plans for the festival still and as long as this doesn’t stop we will try to create a magical and unique experience. Next year is our 10th anniversary, so we are definitely talking about how to make this a very special edition and better than the one before. By collaborating more with likeminded artists and organizations we feel we can bring Le Guess Who? to the next level. We will be doing another 24-Hour Drone event in New York, so we want to perfect this. Some interesting collaborations will also be announced very soon. It still feels like we’ve just started and that there’s so much more to explore. As long as that feeling is there, we’ll continue trying to do what we do.

Tickets and information about Le Guess Who? can be found here

Planet Gear: The Anchoress and Mansun...