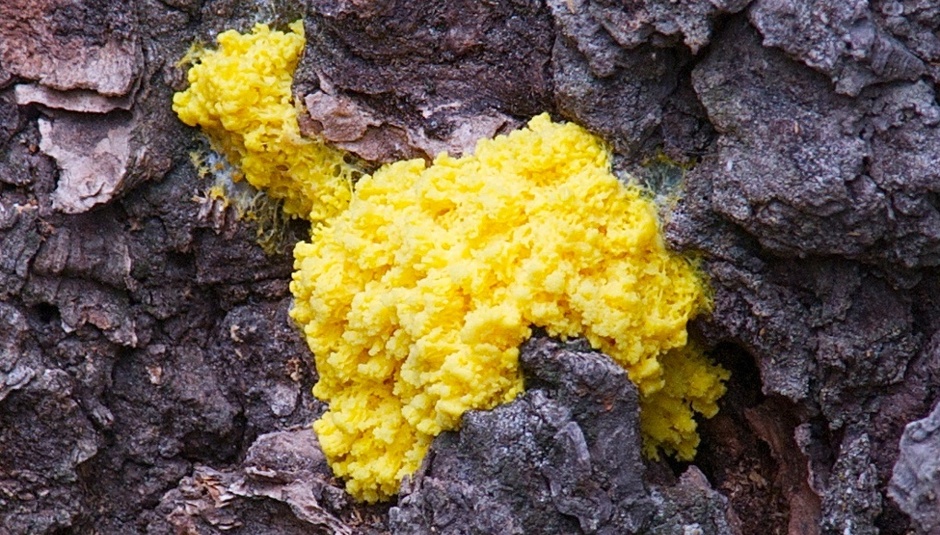 The fringes of experimental music don’t often have the potential for actual scientific discovery.

Music’s evolution in some ways reflects nature’s, allowing only the strongest and most popular to live, naturally seeking the path of least resistance towards survival. Most similarly though, the presence of human beings - free from the law of the jungle, and married to the chaotic agency of free will - throw the course of nature right out the window. How else do you begin to explain the Biomusic festival held at Plymouth University? (You don't need to answer that....)

For a weekend, the university hosts a series of research-based musical performances, including an immersive audiovisal representation of body cells dismantling under the strain of motor neurone disease, a saxophonist dueting with simulated whale song, and an orchestral interpretation of the pathways connecting both sides of the human brain. These aren’t just artistic representations though. Months of data-heavy research has gone into every composition, scanning the brain, crafting virtual whale bots based on marine field research, or relentlessly tracing the tragic debilitation of afflicted motor neurones.

Face to face with the musification of biology, I draw two swift conclusions. Firstly, the language of music allows us to make new insights and see beyond the physical world, and experience things that would otherwise remain unknown. Secondly, the thirst for humanity to create understanding, to formulate structures, and to envisage order where there seems to be only chaos, knows no bounds.

Unusually for a research-based composition project of its kind, BioComputer Music by Brazilian composer and Plymouth University professor, Eduardo Reck Miranda, has garnered a wave of online attention in recent weeks. Snappily titled articles have been in abundance, including The Guardian’s “Slime mould and researcher set to play piano duet”, “Music borders on science fiction at pioneering arts festival” in the local Western Morning News, and the confusingly clickbaity “BJORK BIOPHILIA HAS COME TRUE, THIS GUY PLAYS PIANO DUETS WITH MOULD FUNGUS” from Vice offshoot, Noisey.

The piece is performed using one piano, and a slime mould hooked up to a biocomputer, which in turn takes readings from the lifeform to control electromagnets hovering over the piano strings, which create musical replies to sections of the score performed by Miranda himself behind the same piano. Simple really!

In practice, several things become clear. Firstly, this is hardly science fiction, it’s essentially a new way of understanding this misunderstood creature, the slime mould, and a way of presenting research that educates, informs and entertains. The star of the show, as Miranda himself jokingly made clear, was the slime mould - in this case a Physarum polycephalum, “an amorphous unicellular organism (visible to the human eye)”.

The night before, there had been a showing of a brilliant documentary film all about the bizarre organisms called slime moulds (or physarum), so everybody in the room with Miranda, the physarum, and the piano had already had had a pretty thorough 101 on the subject. The Creeping Garden by documentary filmmakers Tim Grabham and

Jasper Sharp (and perfectly scored by Jim O’Rourke to boot) explores the fascinatingly atypical world of the slime mould. First of all, Noisey got it wrong - they’re not a fungus. Living in dark wet corners of the world, the slime mould reproduces via spores like a fungus, but unlike a plant or fungus, it shows certain signs of intelligence, and in fact gets up and moves around (albeit very slowly). An onslaught of time lapses throughout The Creeping Garden bring imagery of travelling slime moulds to life, and we see patches of slimy blob-like organic matter seemingly come to life and seep over the forest floor, engulfing any food in its path. It was undoubtedly the inspiration behind the infamous Blob battled by Steve McQueen in 1958, showing odd signs of problem solving intelligence, and still remaining essentially misunderstood and under-researched. One memorable moment in the documentary sees a worker at Kew gardens’ fungarium (where the slime moulds are still incorrectly lumped in with fungus) discover a treasure trove of slime mould specimens dating back to the 1920s, “I’ve worked here for three years”, he says, “and I’ve never even been to this part of the collection before.”

After some last minute checks and a brief introduction to the piece, Miranda props an iPad on top of his piano, and sits down to play, gently pressing the keys through several bars of pretty tinkling. He then presses a command on the tablet screen, and it’s the slime mould’s turn to respond to what it’s just heard. The electromagnets spring to life, and an odd reinterpretation of Miranda’s playing is returned back to us, vocalising the ghostly presence in room of the slime mould’s primordial intelligence.

The conversation continues for a quarter of an hour, with Miranda unleashing countless tricks from his avant garde composer’s oeuvre, including one moment where he outright smashes every key on the piano he can reach all at once - I’m glad to report the slime mould responded to his aggression with gentle tranquility. The performance is certainly a duet, turning out different every time as the data being fed into the biocomputer from the slime mould never responds the same way (the specimen is replaced each time anyway, as the organism cannot survive very long in the dry conditions). If a slime mould can play a vital role in a musical performance, who knows what else it could do?

Another key character in attendance is a composer and Plymouth University research fellow who’s been called “the Phillip K. Dick of contemporary music”, Dr. Alexis Kirke. His compositions Orchestral Processing Unit opens up Saturday’s gala evening of live orchestral performances featuring the local Ten Tors orchestra. Orchestral Processing Unit makes use of methods ingrained in computing and the calculations that go on inside a computer chip, and translates them into a musical score, with gaps that get filled in by the calculations of the orchestra itself. Binary codes is reinterpreted as musical melodies, and the Ten Tors orchestra pulsate in a powerfully pretty and pointillistic Reichian performance piece, interpreting the name of the composer’s daughter as written in binary code. Aside from the very complicated process behind the music, Orchestral Processing Unit holds its own as an intensely beautiful experience (on a side note, Kirke seems to make the most accessible sort of experimental music, besides this composition, his piece for sax and whale song is far more user-friendly than such an experiment would normally turn out).

Other highlights from the orchestral programme include Lithuanian composer Linas Baltas’ orchestral interpretation of DNA chromosome structures and Eduardo Miranda’s very Schoenberg-like conversationalCorpus Callosum, which sees the orchestra divided in half, some performing as the right side of the brain, others as the left - it’s quite literally a very cerebral performance. There’s some respite from the more intensely scientific music in the form of The Hidden Sea, an absolutely stunning piece of ‘organic minimalism’ for strings composed by recent Plymouth graduate, (and owner of the world’s most amazing name) Anandi Casanova. Inspired by the epic, beguiling and blustery scenery of Plymouth’s waterfront, The Hidden Sea weaves melodic themes into an increasingly dense spray of notes. Casanova isn’t quiet about her adoration for Philip Glass, but for all its similarities to Glass, The Hidden Sea is organic far beyond that man’s mathematical precision. The career of Casanova should be watched intently (she’s recently moved to London, so expect more to come).

Alexis Kirke’s Fast Travel sees the cavernous foyer of the university’s Roland Levinsky building filled with blasted saxaphone notes and whale song, as a simulated ocean is musically realised in the space, and virtual whales respond to a parped score for sax. Four speakers surround the audience, with saxophonist Katherne Williams in the centre, and a projection of Kirke’s monitor on the wall shows a radar like display, littered with several blue dots moving around the space - we can’t see the bodiless simulated whales, but we can hear all of their song. Under the hood, the performance explores untapped ground on the subject. The communication of whales is thought to be the most advanced in the animal kingdom after humans, and Kirke’s work into formulating virtual whale bots has received more funding, and students from Plymouth University are currently travelling to Australia for further field work and recording. It’s not every day a musical composition leads to actual scientific research. The final piece at the festival is the feature length Piano:Forest by Mike McInerney & Shaun Lewin, where digital piano playing is sculpted and processed on the spot, compiling a simulated ecosystem based on data captured in local woodland - a synthetic forest made of pianos. McInerney inputs swathes of notes from his piano for the first half an hour or so, but spends much of the second half of the piece obediently waiting while Lewin conducts the multi-layered processed sounds behind his laptop. It’s an almost maddeningly tense performance, eschewing the pretty atmospherics of the sonically similar duo of Alva Noto and Ryuichi Sakamoto, and winding up an abrasive collision of the many layers in the meticulously researched ecosystem, simulating order that still seems to the untrained ear, chaotic.

The field of Biomusic taps directly into humanity’s deep-seated reason for being. It’s only right we should wonder what the trees are thinking, and since man first heard bird song, the music to be discerned in nature has been without question. The research going on at Plymouth University is fascinating and bold, and in addition to pioneering new techniques, has already created some singular music. Above all, this festival is a reminder of humanity’s desire to understand, and by proxy, to identify structures. Music is a language, whether nature understands it however, remains compellingly ambiguous.