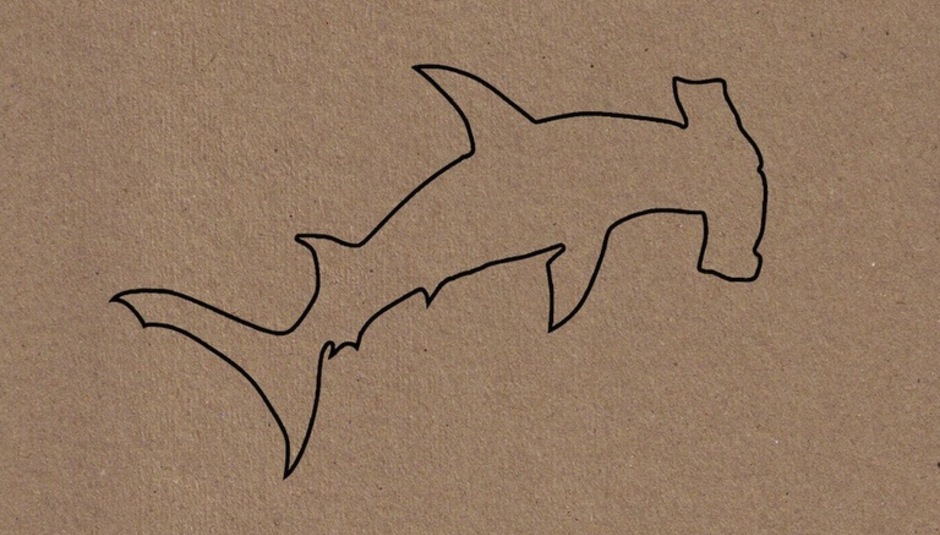 Welcome to the second edition of That Token Jazz Column on Drowned in Sound. There’s a roundup of the best new tunes, the introduction of a new feature ‘Never Knowingly Understood’, and my picks at this year’s EFG London Jazz Festival which started at the weekend. I’ve also set up a Spotify playlist here that I’ll keep adding to every week or so, give it a follow here.

First up, some new (and not so new) releases…

‘Subterranean’ is jazz drummer Dylan Howe’s rearrangement and reinterpretation of David Bowie’s music … Wait! Come back! Yes, on paper the idea of jazzed-up Bowie covers seems a bad one, however this isn’t a covers album. Anything but. Howe has smartly chosen the instrumental offerings from 2 of Bowie’s Brian Eno-collaborative ‘Berlin Trilogy’ of albums – Low, and Heroes, breaking down and rebuilding them first using the classic jazz quartet of drums, piano, bass and saxes, and then overlaying modern studio electronics, and analog synths. In the press release Howe mentions that he "wanted to find a way to sound like the John Coltrane quartet playing in a spaceship”, but that description slightly undersells what an intelligent, tactful, and downright brilliant album this is – I’ve always thought Bowie’s instrumentals were slightly throwaway and incomplete, and Dylan Howe and co have grown them into an album The Thin White Duke himself would be proud of.

Subterranean is out now on Motorik Recordings

BadBadNotGood will undoubtedly be one of the more familiar names in this column, and following their brilliant 3rd album III they’re back with a new track, ‘Velvet’ that sees the trio drop the tempo and kick back. It’s a bit of a shame that the elements of EDM, hip-hop and post-rock that made them stick out from the crowd have been eschewed in favour of this stoned 1970s jazz-fusion throwback amble – It could have easily ended up on the studio floor marked ‘Demo Jam’ - nice, but ignorable, they can, and undoubtedly will do better.

Here’s something to massage, carress and soothe your noggin. Released on ECM, a label whose motto is “the Most Beautiful Sound Next to Silence”, Spark of life is the latest release from Polish footballer and Leicester defender Marcin Wasilewski. Wait, no. Stupid Wikipedia, he’s a pianist. A pianist mentored by Polish jazz legend Tomas Stzanko, who’s been with his current trio (piano, bass, drums) for over a decade, churning out records that have more than lived up to the ECM motto. Spark of life features saxophonist Joakim Milder and whereas this can sometimes upset the piano trio balance, everything is remarkably well measured, the sax isn’t intrusive and avoids the pitfall of being a schmaltz-machine of melodramatic solos. Album opener ‘Austin’ is a masterclass in using silence as an instrument, and you’d have to go a long way to find a group more in sync, at times it’s telepathic.

Spark of Life is out now on ECM

Now, for those of you who live in the southern part of the country, the London Jazz Festival returns this November. Excuse the flippant punctuation, but the festival really does cater for all - From the really serious Jazz-heads, those who enjoy a bit of jazz to soundtrack their dinner, to those who aren't really sure what constitutes 'jazz' anyway but just want to see some interesting, exciting music that may have otherwise passed them by, the LJF sees Jazz, jazz and 'jazz' infiltrate every corner of the capital. Here’s a few to check out:

His name is as hard to type as is to say (Lesheck moshdesher is about right) Leszek Mozdzer is a Polish pianist who is something of a celebrity in his home country, regularly topping the pop charts with his brand of neo-classical piano-jazz. A dazzling performer and without doubt one of the worlds best pianists, here he performs with bassist Lars Danielsson and Israeli percussionist Zohar Fresco, performing from their latest album Polska (ACT records). They’re at Cadogan Hall on the 21st November.

The Bad Plus drummer Dave king once described The Bad Plus as 'pop art', and that's about as close to a genre you'll get for them. Nothing is sacred for this groundbreaking trio, from Nirvana to Stravinsky, expect the unexpected. Their irreverent live show is a breath of fresh air in an oft humourless and stuffy scene - drums are played with mini ET figurines, bassist Reid Anderson could easily have a second career as a deadpan standup comic, oh and they're all better musicians than you, by some distance.

Continuing the trend for jazz bands named after animals (Gogo Penguin, Polar Bear etc), ‘Shiver’ are a 3 piece trio named after the collective noun for a group of sharks. Led by guitarist and electronic musician Chris Sharkey (you may remember him from such bands as TrioVD and Acoustic Ladyland), Shiver’s lineup is completed by Andy Champion on bass and Joost Hendricks behind the drum kit - actually I’m not sure whether he’s behind it, half the time it sounds like he’s in it, above it, under it, maybe he IS it? Who can be sure… Comparisons with Flying Lotus are inevitable, but whereas Mr. Ellison skirts the borders of hip-hop and classic jazz and funk, Shiver seem to take their cues from video games, krautrock and the industrial noise scene, check out ‘Hammerhead Blues’ for a cosmic electro-rock workout that is exhausting as it is exilharating. Their first 2 EPs, #1 and #2 respectively, are both available via Bandcamp. See www.shiver3.com for details.

Much like Shiver, Strobes create music that sits somewhere between electronica, prog-metal and jazz and doesn’t appear to have been made on this planet. Formed of keyboard player Dan Nicholls, drummer Dave Smith (also known for his day job playing drums for Robert Plant, oh and Cloudmakers trio (see below) – he’s a busy guy), and guitarist Matt Calvert (one third of math-metal outfit Three Trapped Tigers), Strobes signature sound is a mix of electronic improv, afro-centric beats, big riffs and rocket-fueled, intricate hooks that on paper shouldn’t work, but it’s testament to the skill of the musicians that the results are spectacular. One small gripe is that so far their live show has been restricted to the sort of space that suits applause and polite appreciation, these guys need to be playing standing venues with noisy soundsystems, heads will bang and feet will move.

With a glut of instrumental acts this month, I feel it’s only right to attempt to redress the balance with a singer who embodies pretty much everything there is to like about jazz vocalists – sharp interpretation of songs new and old, absolutely bags of charisma and style, not to mention an exquisitely unique voice. Hailey Tuck is a Texan singer who traversed the Atlantic aged 18 on a one-way ticket to Paris and has progressed from singing for her supper in Parisian bars to one of the most talked about new singers on the scene. Dressed like Louise Brooks with a haircut to match she’s brought new meaning to the jazz ‘Standard’, applying her 20s swing-jazz style first to Bob Dylan’s ‘Don’t Think Twice’ before turning her hand to Maroon 5’s ‘Sunday Morning’ and a great version of The Zombie’s ‘Tell her no’, craftily retitled ‘tell him no’. With a new EP out now, a London Jazz Festival gig at the Hippodrome Casino on the 19th November, expect to see a lot more of Ms Tuck - Jazz’s next big celebrity? Quite possibly.

To finish off, each month I'm going to try and include a band who may be seen to be a bit intimidating at first, and breakdown why they're worth checking out. First up, it's Australian cult improv trio The Necks, and just a disclaimer: the following diatribe may come across as a little bit pretentious, sorry. They're just very hard to describe...

‘Anticipatory space’ is a term used to describe a cinematic technique whereby the subject in the frame occupies a minority of the mise-en-scene (or ‘what you can see’ en Anglais) – the idea being that the audience is distracted by this large space, anxiously waiting to see how it will be filled, thus creating tension and a dramatic pulse. As the space gets larger/smaller, the tension is increased - What, or who, will fill this space? Is it scary/good/bad/exciting? Sometimes this is answered by, for example, the serial killer jumping in to maim our main protagonist. And sometimes it’s left unanswered, the director choosing to let our imaginations run wild with what our protagonist may have seen, only hinting at the object of their terror/excitement. This is very much the feeling you get when listening to The Necks, an ethereal melody hints at a euphoric chorus here, disparate drum fills furtively prod at a huge drop and giant beat there, but the big drop and euphoric chorus never come. They are a band who say a lot without really saying anything at all, constantly asking questions without ever really giving an answer. This description might give you the impression that listening to the necks is an unsatisfying experience, and it is to some extent, but to seek satisfaction is to kind of miss the point – indulge in the immediacy of The Necks’ music, it’s beauty, it’s menace, and it’s a much more enjoyable experience.

One record that encompasses everything The Necks are all about is their one-track, 59-minute epic 'album' Open (2013), there are worse ways to spend an hour. 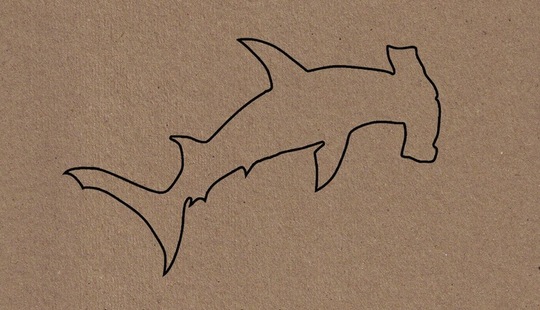