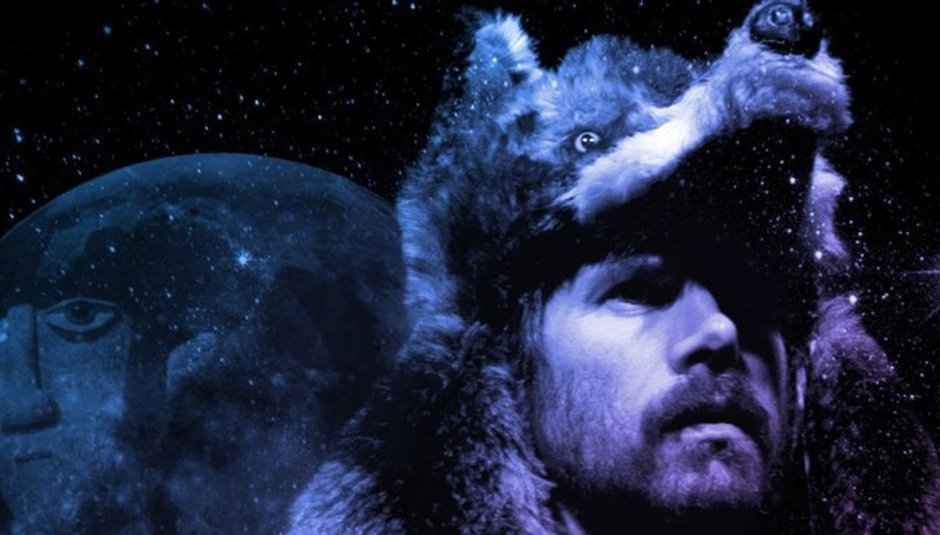 DiS meets Gruff Rhys: "I still find it quite unbelievable that I’m allowed to make records"

DiS meets Gruff Rhys: "I still find it quite unbelievable that I’m allowed to make records"

Gruff Rhys has just woken up. Speaking down the line from Liverpool – where he performed yesterday as part of Sound City – his answers are delivered in that gentle, slightly spaced-out lilt, and generally come punctuated by the sort of pauses which leave you wondering if he’s gotten distracted and wandered off or, worse, nodded off. Perhaps there’s just too much going on in that kaleidoscopic brain? His impressive prolificacy would certainly suggest so.

This year alone we’ve had two Record Store Day exclusives – one as Neon Neon and the other in collaboration with Tomas Barfod – and he’s now promoting a multi-platform project, encompassing a film, book, app and album, all of which are helpfully named American Interior, “just so there’s no confusion.”

The story goes that a 22-year-old Evans departed Snowdonia for Baltimore in 1792, in search of a lost tribe of Welsh-speaking Native Americans, purportedly descended from mythical, 12th century explorer Prince Madog. Over the course of seven years, Evans traversed the American Interior on foot, stopping to hunt bison with the Omaha tribe, annex North Dakota from the British and generally become embroiled in a host of other adventures en route.

“I’ve been aware of him most of my life, because I’m descended from his mother’s brother and it was a story my dad was pretty obsessed with,” Rhys explains. “He’s been written about a little bit, but usually as a footnote in someone else’s story. It’s almost one those tall tales; I wanted to verify whether it was true or not.”

So, as soon as he’d wrapped up his last Hotel Shampoo show in the US, Rhys flew to New York with a map, sat down with his booking agent, and together they plotted a five-week “investigative concert tour” across the Midwest. “I generally find the best way of finding things out is to go experience them, and to try to meet as many people as possible,” he reasons.

“I spoke to a psychiatric consultant about him, and there had been a lot of factors affecting his psychological make-up. For example, he was orphaned quite young, which could be why he was very prone to risk-taking. He would have been a man of faith too. To complete something ridiculous like 12,000 miles on foot, he must have been a pretty fearless character.

“But while John Evans was a real historical figure, Prince Madog – the guy he was deluded into following – was in all probability a myth. Though, as a historian in the film mentions, the Madog story actually became a historical reality, simply because it started to affect real history.”

Boundaries between truth and fiction are about as nebulous in Evans’ own tale, having claimed he “wrestled the largest river reptiles in the Mississippi” and “discovered imaginary volcanoes in Missouri.” Rhys is gleefully complicit in this distortion too, not least by commissioning Super Furry Animals designer Pete Fowler to create a three foot, felt effigy of Evans. The finished result doesn’t look too far removed from The Count from Sesame Street. “Well, we didn’t know what he looked like so we had to speculate,” chuckles Rhys, before adding with comic understatement, “It’s a bit of a distorted version of a human being.”

Like Separado!, American Interior the film is much more than a genealogical quest: it finds Rhys examining Welsh-speaking settlements, opening complex discussions about cultural identity and diaspora. “There are a lot of contradictions to [Evans’] story. He was escaping colonisation but, by exploring the west, he was also aping the colonisation of another land.” And, as Rhys explains, retracing Evans’ journey two centuries on only served to confirm his own anti-monarchist stance.

“It all happened at the time of the French and American revolutions, where people were pushing for progressive, democratic values; getting rid of their monarchy and ruling classes. In an era where we still have the monarchy as figureheads, and an elected Lord making key decisions on how we govern, I think that’s still a very powerful message. It’s an archaic system that just tries to reinforce archaic class structures to suggest we’re not all equal.”

By contrast, Rhys found himself heartened by the welcome he experienced during his 10-date tour of the Midwest, describing audiences as “enthusiastic and interested.” No mean feat when you consider that, bar Baltimore, he avoided the conventional touring circuit entirely, and that gig venues included libraries and “a spiritual exhibition in the Omaha Reservation.” The only relatively hairy moment came in New Orleans, when they had to throw a woman off stage, and even then Rhys concedes, “She wasn’t really being hostile; she was just a bit drunk.”

One of the more notable audience members was drummer Kliph Spurlock – then with the Flaming Lips – who bought tickets for three shows, and then took part in the performance for another four. Subsequently, the pair headed into the studio for a day and laid down the nine songs which formed the basis for the most important piece of the puzzle: American Interior, the album.

Partially recorded at Mike Mogis’ studio in Omaha, it’s probably his finest solo record so far. Deeply melodic and diverse in its scope, it offers up the cinematic, string-drenched gallop ‘Iolo’, 50s rock ‘n’ roll romp ‘100 Unread Messages’ and 60s pop-indebted ‘Liberty (Is Where We’ll Be)’, plus idiosyncratic synth-driven oddities like ‘Allweddellau Allweddol’. As well as being rooted in Evans’ story and Rhys’ experiences, the album finds him absorbing Americana influences, almost by osmosis, most notably demonstrated in Maggie Björklund’s sublime pedal steel playing. Was it a deliberate decision to reflect the geography of the tale in his musical palette?

“A little bit. I was a tourist in America, so I was suddenly getting over-excited and over-Americana-ising (sic) the record,” he laughs. “And then when I got home I was like, ‘Wow, what the fuck am I doing?!’

“When I got home, Boom Bip had left me a load of synths from some Neon Neon gigs, so I took them to [producer] Ali Chant’s studio in St Pauls, Bristol, and overdubbed the record with loads more synths and strings. Basically, I tried to de-Americana-ise it a bit.”

Add American Interior to Hotel Shampoo and his work with Neon Neon, and it’s noticeable that most of Rhys’ recent output is underpinned by quite rigid concepts. Has he reached a stage in his career where it’s not enough to simply release a collection of songs?

“Well, I’ve always enjoyed trying to think of different ways of writing songs, or writing in a way that is a bit less introspective. [Having a concept] helped me approach these songs with enthusiasm, but I’m not necessarily going to make all records on such a tight leash, you know? Generally, I have no strategy for writing music, really: I just let the songs come together and then compile them together in some way that works.”

Last time DiS spoke to Rhys, around the release of Separado!, he alluded to the film being part of a trilogy. Post-American Interior is that still the plan?

“Possibly. But there was a six year gap between the tours I did for Separado! and American Interior, and I’m in no hurry to start doing another film of this kind. I think if the idea is fully-formed then I might try something, but usually I react to whatever I’ve just done. I imagine [the next project] will be something very simple and minimal.”

Even if he’s put his burgeoning career as indie-pop’s answer to Michael Palin on hold, that doesn’t mean there’s time for a new Super Furry Animals record either. “You know, we’re all really busy,” he explains. “Cian [Ciaran] is just starting his third solo record, Guto [Pryce]’s band Gulp are about to release an album, and Daf [Ieuan] has a new album out with The Earth, his project with Mark Roberts from Catatonia. I’m sure we’ll do [Super Furry Animals] stuff at some point because it’d be weird if we didn’t. But we’re in no mad rush.”

There will be a Super Furry Animals-branded beer, however. Apparently, it’s 8% and features a unique secret ingredient. “It’s definitely one for the summer,” he chuckles.

Rhys’ immediate plans include a PowerPoint-assisted tour of American Interior and the release of his soundtrack to Andy Goddard’s film, Set Fire To The Stars. Telling the story of Dylan Thomas’ agent, and his attempts to control the poet on one of his American reading tours, it stars Elijah Wood and Celyn Jones in the key roles. Rhys is particularly happy with his work on this project, not least because “the fact it’s more orchestral takes my music somewhere I haven’t really been before.”

“Taking music somewhere new” is a recurring motif in the conversation; he cites it as his prime motivation during his 20-something years making musically professionally. Indeed, for Rhys, the novelty of being able to make music “professionally” still hasn’t worn off. “You know, I still find it quite unbelievable that I’m allowed to make records and book studios,” he muses, softly. “I’m still excited that I can.”

Where does this desire to challenge himself come from? Is it linked to his ancestry? Because, from John Evans and René Griffiths to Rhys’ own father – poet, essayist and mountaineer Ioan Bowen Rees – there seem to be a disproportionate number of explorers in his family. Could it be that his appetite for adventure – be that literal or sonic – is in some way hereditary?

“I don’t know… I think every family has characters, you know? Most of my family lead worthwhile lives and don’t see the need to go insane expeditions,” he laughs. “So it’s possible, but equally it could be a coincidence…”

American Interior is this week via Turnstile. 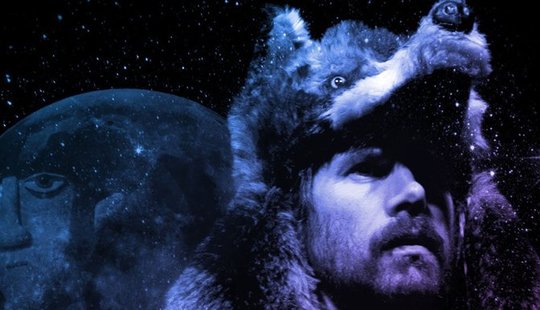 A Renaissance in the Old School: Cham...