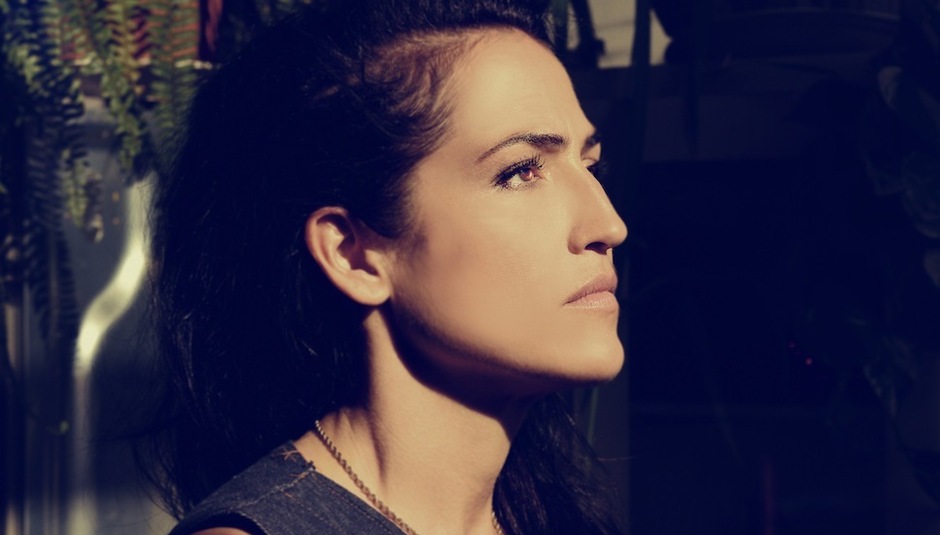 If you want to make a statement with your record, take a leaf out of Joan Wasser’s book and swap your band for a comedy beat-boxer. It’s a delightful surprise when you’re listening to the new Joan As Policewoman album, The Classic, to suddenly hear the beats of the brilliant Reggie Watts.

If you don’t know Reggie, he’s the big haired, tracksuit wearing, French-American, German born comedian who creates a perfect blend of funk, soul and LOLs with just his mouth, a mic and a sneaky bit of looping. On The Classic, he’s spotted riffing on ‘Holy City’ and beat boxing on the title track. Who’d have thought that the former pristine recordings of Joan’s early albums would go down this road?

Does this mean an encore of ‘Fuck, Shit, Stack’ (Google it) on her up-coming UK tour? She wishes! Getting him on the record in the first place may have just been a ploy to hang out! “We’re mates now,’ she says extremely excitedly, her eyes lighting up after a full day of press chats. Joan is obviously in awe of her honourary bandmate.

“He's one of the greatest thinkers of our time and a great philosopher that makes you laugh. I got so emotional when I was watching one of his shows. He's so generous with his words and speaks a zillion languages."

“He gently lures you into his world where nothing is what it seems. It's such a gift. I just had to get him. I had to get Reggie.”

Admittedly, Reggie only features on a couple of tracks on the record, but it’s an integral role. In fact, the whole band and production seem to take more of a lead compared to the Connecticut-born musician’s previous albums, which seemed more of a solo deal. There’s a fuller sound, but also a rawer one.

Things have been done differently this time, and it wasn’t a decision Joan took lightly. First to change was the producer. Having worked with Bryce Goggin on her first three studio records, she wanted a change of sound and direction. Tyler Wood, keyboardist in her band, took the role.

“The new record was a very natural progression for me. I didn't decide to do something different, but I did do it differently,” she says.

“I'd been working with the same producer and same studio for so long and I loved them, but I wanted a change. People would say our music sounded powerful when we played live, and different from the record, and I wanted to recreate that.”

But making something that captures a live sound can be a tricky business.

Playing piano from the age of six and classically trained in the violin from eight instilled a certain sense of perfection. It was this experience, talent, and her energy, that saw Joan play with the likes of Rufus Wainwright and Anthony and the Johnsons, although Elton John, Lou Reed and the Scissor Sisters are just some of the others on her session CV.

“In the past, I made this perfect snow globe of music, but I’ve never wanted to replicate it live,” she says, explaining her journey out of perfection and the trust she put in her band.

“We all toured together and have a lot of history playing together. There was a different energy every night and I think people felt that energy.

“When it came to recording the new record, I wanted it to be more raw, more bam bam, like our live shows. I was always used to making songs that sounded so…finished."

“Tyler knew exactly what I wanted. That’s not to say my other producer didn’t – they bring their own things to their records. Bryce is an incredible person and sent me his best wishes. It's not like I'm leaving him forever.”

The new partnership was “extremely comfortable”, Joan says, although changing her ways and trusting the decisions made by her new producer was a bit of a challenge.

Gone were the million takes of one vocal to get it just right, or the re-recording of tracks. Instead, vocals were recorded once or twice, with any rough edges kept in.

“If something felt wrong, I would still let it on the record,” she says, still maybe trying to convince herself a little that she’s letting go! “I used to sing a vocal 12 times, but on this record, I did it just once. It's the combination of being more comfortable with myself and singing better because I have toured so much, but it's also about it not being perfect. I didn't want to kill it.”

Being uncomfortable in her own skin seems surprising. At 43, Joan is one hot lady, all big eyelashes and fashionable kicks. On stage, she’s never been seen as one to shy away, playing piano and violin like it’s a scene from West Side Story. And then of course, there’s working with those big personalities like Rufus.

“I was born with a certain amount of confidence. I was ready to take the public bus when I was five!’ she says. “Confidence has propelled me, but it doesn't mean self-esteem."

“I studied classical violin and no matter how much you practiced, you were never prepared enough. It taught me to be disciplined though. Coltrane practiced 11 hours a day. You need to do that if you want to sound like Coltrane. You have to go into auditions and believe it's going to be great."

“I always listened to myself and heard things that were wrong, but I don't listen to other people’s music like that, so I’ve tried to change.”

So not only a bit of a new direction, but a therapeutic one. There’s a “don’t give a shit” attitude on The Classic, which is full of weird changes in directions or oddities that you’d never expect, from a reggae track to a bit of theatrical a cappella. The foundation is still very much Joan Wasser though, her huge voice, so recognisable, string-heavy and a massive sound scape built on a classic pop song. Even so, here’s hoping Reggie taught her some new skills and her own violin beat box combo comes to light.

The Classic is released on March 10th via PIAS.

13th London, The Lexington - Sold Out 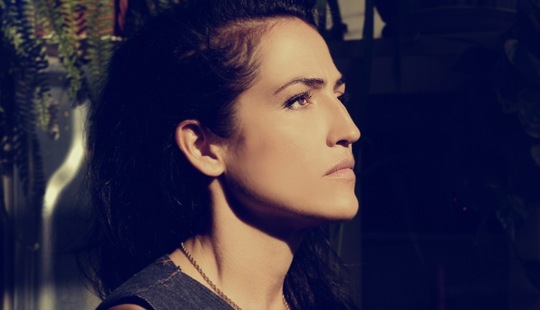