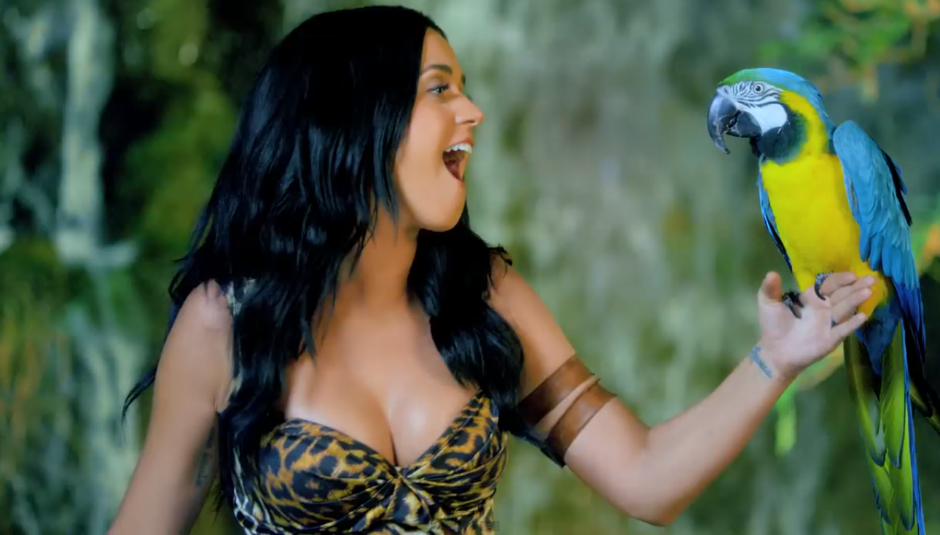 'Tis the season to snog Samantha at the office party, vom in a trash can and regret nothing in the morning. Yep, 2013 is all set to evaporate after a month of festive celebrations and end of year lists (You can find all of DiS' year-end best of 2013 coverage compiled on one handy page by clicking here).

Drowned In Sound's official best albums and singles compendiums will be published later this week. If you've been glued to the site over the last 12 months, Robin Thicke's double-triumph shouldn't come as a surprise. As for the also-rans, My Bloody Valentine, Foals and Money have apparently done quite well.

Before the big reveal, we asked some of our best-loved bands to share their favourite tracks from the last year. Blood Red Shoes, Rolo Tomassi, The Icarus Line, Perfume Genius, Au Revoir Simone and many more purveyors of song all got involved. One of them chose a ditty from 1979.

Musicians. You just can't trust them.

Another triumph from the guy who brought you Lana Del Rey's 'Video Games'. Simple chords, familiar melodies... yet somehow still fresh sounding; immediate, beautiful, with some subtle intricacies. The way great pop should be.

Interestingly, I first heard this in the back of a taxi after a tense argument with the driver over where the hell he thought we were going. To cure the awkward silence, he cranked on the radio.... to this. Even more awkward, perhaps. Gordon Skene, Frightened Rabbit

Nick Cave and The Bad Seeds

I finally got the chance to see them live this year. Stood in a litter strewn field in Somerset, with seagulls dive bombing overhead and a slight nip in the air, this track had me shaking and shivering in the palm of their hand. Eoin Loveless, Drenge

A genuine, proper pop song, with claws. I listened to this over and over again. Tom Fleming, Wild Beasts

I didn't get into the album that much but Smother by Daughter is one song I've listened to a lot. A very beautiful/sad and well-written song both lyrically and musically. James Spence, Rolo Tomassi

Sorry. DiS readers who will hate me for this but it's a fucking excellent pop tune and hasn't really been beaten by anything else this year. Grant Hutchison, Frightened Rabbit

Not made in 2013 or even re-released in 2013 but it was on the stereo all the time. Joe Cardamone, The Icarus Line

It got played a little crazy town too much, but when I first heard that song I really felt like I was gonna explode! They were beyond brilliant to get both Nile & Georgio. Erika Forster, Au Revoir Simone

This is actually a friend's band from LA who just released their debut record last month, and I am a huge fan of what they're doing. Their music feels like what David Byrne would do with Michael Jackson/Quincy Jones-style production, and this song is the ballad on the album, and probably their most epic. It's fully-realized, unabashed pop music, and it's not my normal thing, but they just sell it and own it so well that I'm hooked. Kelcey Ayer, Local Natives

We took this band on tour with us to the States earlier this year and I fell in love with this song. Y'know some songs make you reminisce of a certain time or of people, well this song does that to me and makes me smile. Laura-Mary, Blood Red Shoes

You Can’t Keep A Bad Man Down

This didn’t come out this year (not even close!), but I picked up the second Oceansize album again this summer having not listened to it for a long while. This song is the most played album on my phone by a considerable margin and is still one that makes people in the street look at me funny when it playing. Has one of the most beautiful, immersive and devastating middle sections of any proggy song ever. The rest of the song’s not bad either. Olugbenga, who's also a member of Metronomy

So that was the Best of 2013 verdict from a bunch of so-called professionals. To shout about your own infinitely better favourites from the year gone past, head over to the Drowned In Sound messageboards.

We're pulling together a playlist of everyone's favourites. That way you can listen to them all at your leisure with the help of Spotify and a smart device. Huzzah!

Oh, and here's a playlist of all of the above for you...