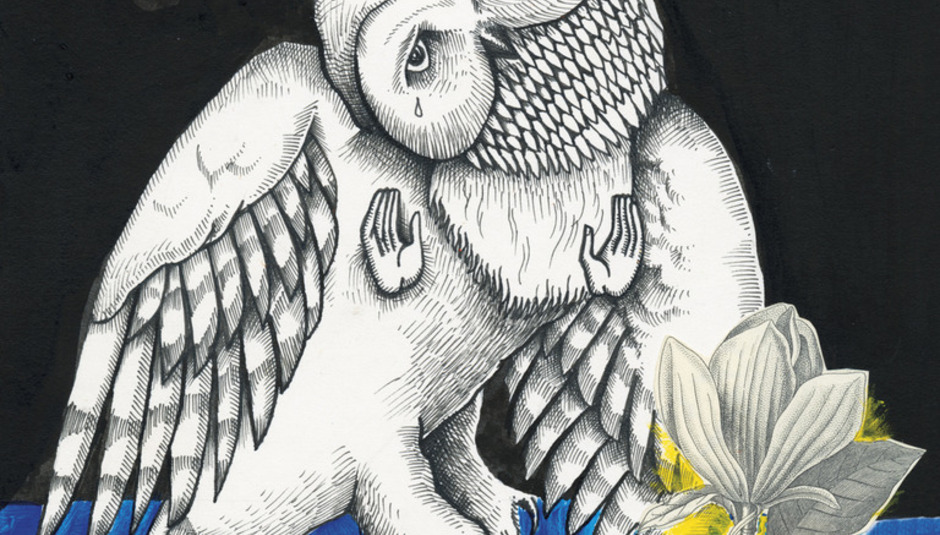 Will Schaff on the artwork for Songs Ohia's Magnolia Electric Co.

Will Schaff on the artwork for Songs Ohia's Magnolia Electric Co.

The hallmark of Jason Molina's career, Magnolia Electric Co. is both a confluence of all he would create and a line in the sand to mark a shift in his songwriting approach. It was the last statement under his iconic Songs: Ohia moniker, and the moment before he began making new legends as Magnolia Electric Co.. Now — here at the end of that decade — with Molina gone, his work gathers more weight and meaning. The expanded 10 year anniversary edition of Magnolia Electric Co. is released this week and features one never-before-released track plus many rarities.

DiS spoke to Will Schaff on the 10th anniversary of the album that introduced a new, heavier country-rock sound for Molina; that offered an oblique response to September 11th, and the build-up to the invasion of Iraq and Afghanistan; and that for many listeners, was their favourite Molina album.

DiS: What were your feelings about Molina's music up to that point, and how did the new direction strike you at the time?

Will Schaff: I was a huge fan of Jason's music up to that point (and remained so for his entire career). When I heard the final record, I was really taken with the direction and the power he found in the band format he was working with. Up to the release though, I had only ever heard these songs as solo acoustic songs, so it was quite different an experience for me when the record came out. I was working with a cassette Jason had sent me with a bunch of songs on it, some of which where then released as the album we know. I was also floored when the record came out because I didn't realize Jason was going to leave the band name off of the cover and the spine. I figured he would have added those. When I saw the finished product I was so honored that he left the artwork speak for itself, and for the record that way.

DiS: The iconography of that album seems to reflect the strangeness of that historic moment: the cultural collision of Holy War against an icon of global capitalism. You don't encode those events directly, but some of that sense of historical rupture, and primal forces being unleashed, comes across in the collision of elements from different artistic traditions (resembling the mediaeval altarpieces of Grunewald, Bosch, and some Brueghel; hieroglyphics; Max Ernst's collages; Frieda Harris's tarot deck). What were your influences and how did you adapt them to this project?

WS: Medieval art has always held an influence for me in my work. mostly, it was just my reaction to Jason's music, and some heavy things that were going on in my own life at the time. I tried to make the finished image as personal a piece as I felt Jason had done with the songs. Especially in the poster that came with the record (part of which is now the interior cover of the re-release) you can see a lot of visual references to things that were going on when I made the pieces.

DiS: The two main figures on the front and back-cover - the owl and the bird-skull-headed man, as well as the lightning, and magnolia - relate to Molina's personal symbolism, but also converges with your own. Was their a specific remit he gave you, or did he recognize a kindred spirit and just offer a few pointers?

WS: A few pointers. All Jason said to me, before I started the artwork was, "when I recorded the record, I was thinking a lot about owls pyramids, and magnolias." So I tried to include those elements into the finished pieces.

DiS: You've gone on to do artwork that seems integral to the identity of several bands (especially Okkervil River), but it's hard not to associate your style with that apocalyptic moment, when the dark-side of the boom years was becoming apparent. Levez Vos Skinny Fists... by Godspeed You Black Emperor! is another album that it's hard to imagine without your artwork. How did your politics chime with theirs, and the anti-globalization movement?

WS: I think they saw much more of a broader political meaning behind that pieces than I had intended (not that I mind). They got those images from a little book I had made which was basically a letter to a friend about how my life was going in Providence. Both those pages show me struggling to support me and my loved ones but not being able to do much art because of working shitty jobs to pay the bills. You can see the whole book and the context the original pages are in here.

DiS: Thinking of your iconography in general - the way those figures seem to inhabit some Jungian collective unconscious / Dreamtime / what have you - would you say that you're using them to articulate some particular spirituality? Or is it simply that the closest we come to stepping outside our time and context, into eternity, is engaging with the same set of symbols that people from all over the world have done for millennia?

DiS: Are there plans for a wider release of your book, or another edition?

WS: Not that I am aware of. I pretty sure the publisher (graveface records) still has some left. I am pretty sure they can only be ordered through his website. You see them up on eBay and Amazon from time to time, but those folks are always charging way too much for a book still available from the publisher.

DiS: How's your own music going?

WS: Well, thanks. We are winding down to our winter hiatus we take every year. It has been a busy year for the band, including -- oddly enough -- the band performing with Blondie for one song in New York.

DiS: As well as being the 10th anniversary of the MECo record, this re-issue also seems a fitting memorial for Jason Molina. Do you have any memories of him you want to talk about?

WS: If I was to pick one humorous memory, it would be standing next to Jason at a venue in Providence, Rhode Island. The opener that night was this performer, Joe Beats, he had just released an album of ..I don't know what you would call them...remixes for lack of a better term....of indie songs. So he's spinning from the stage and one of the songs he had done was Jason's "Coxcomb red". Basically, it is slightly sped up, with a beat behind it, and samples from some groupie being interviewed cut into it. I like the track, but watching Jason listen to his own voice being released from the stage with this dance beat behind it....I asked him what he thought and he just looked a bit bewildered and said, "very surreal". You can hear Joe's track here

Magnolia Electric Co. is reissued this week on 2CD/2LP/Digital formats by Secretly Canadian.

No Barricades: William DuVall on hard...