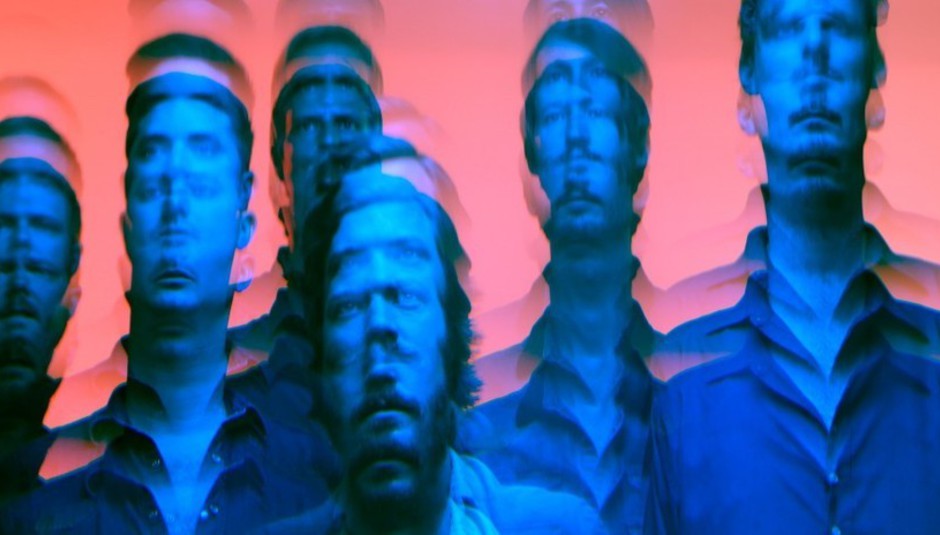 When a frontman leaves a band, it can be the end. For Midlake it might just be the best thing that’s ever happened.

In November 2012, Midlake singer and chief song writer Tim Smith told his band mates he wanted to leave. They’d been in the studio for two years working on their next album – a follow up to 2010’s Courage of Others – but there was an air that something wasn’t right.

In the cold light of day, Midlake had turned into a band working towards the vision of its main man, trying to satisfy his creative dream. But it left the others feeling suppressed, battered with the disappointment of not being good enough, recording take after take to reach an impossible perfection.

With Tim gone, the Texans had a chance to unite again as the band they’d started in their teens. Almost a year later, Midlake has returned with new album Antiphon – a new sound, a new frontman, and a new feeling of freedom.

It’s an exciting, yet scary time, says Eric Pulido, who’s stepped into Tim’s shoes as singer, and drummer McKenzie Smith. They needn’t be worried. Yes, there will be Midlake fans who say it will never be Midlake without Tim, but those fans need to give the band, and record, a chance. They will surely be pleasantly surprised by what they hear – an album packed with psychedelic rock, positivity, rousing harmonies, catchy melodies and a freshness that’s impossible not to get lost in. Best of all, it’s still quintessentially Midlake.

“People are saying ‘how can it be Midlake without Tim?’. That’s a real slap in the face for us,” says McKenzie, bleary eyed after a flight from Dallas and two vodkas in.

“Long ago we knew that Tim had this vision and, as a team, we latched on to it, but that’s not to say we weren’t all being creative. We were always very collaborative, but Tim became more precise about what he wanted and the scope became narrower.

“The long and short of it was that Tim was searching for something and we were being less and less able to provide that. It felt like we were disappointing him and not living up to what was in his head. That had been many years in the making. It wasn’t the first time he had said ‘I don’t know how long I can do this’.”

While the pair try their best to convincingly sound like Tim’s departure wasn’t a blessing in disguise, it’s clear that living up to his expectation had thrust the group into dark territory. The cracks had been appearing from the days of Courage of Others, hailed as a great record and progression from the critically acclaimed Trials of Van Occupanther (2006), but which sat under a heavy veil of darkness and despair.

As Eric says: “Courage of Others was what it was. An album is a record of where you are and, to be honest, it was dark and melancholic and trodden on because that’s where we were – in a dark place.”

After the record’s release, the band went straight back into the studio, while continuing to tour to stay “fresh” in the minds of their followers, but the indifferences became too much. They didn’t realise that a gig celebrating 15 years of Bella Union at End of the Road festival in August 2012 would be the last time they’d play with Tim. However, it marked the start of a new way for the remaining musicians to make music.

“After Courage of Others we went straight back to working on a new record,” Eric says.

“For Tim, it was spiralling and not getting to where he wanted it to be, maybe because of us, the music, or himself. So we just started playing and knew Tim wanted to do his thing, which meant that the rest of us spent time in the studio jamming. In hindsight it was a cool thing to do.”

However, it meant that come that fateful day in November 2012, there was a collection of music by both the new and old Midlake. Tim became protective over what they’d created together, which meant, effectively, that it has been assigned to the lost tapes. It also meant the new Midlake had to start from scratch.

“He said that was ours, as in the whole band’s, and if we were going to do something without him, then it should be just that…something else,” Eric explains. Understandable, but it put a lot of pressure on the band to record new material and find their feet.

“It was a perfect combination of being terrified and exhilarated,” McKenzie says.

“There was a lot of being suppressed to facilitate Tim’s vision, which was hard, but at the same time it was scary going off alone.

“The best thing was that I felt like part of a band again.”

For McKenzie, maybe more than the others, there’s a definite change in direction. The percussion on Antiphon is like nothing you’ve heard from Midlake before – big, bold, psychedelic riffs and ever changing patterns. It makes the record, especially on songs like ‘It’s Going Down’ and ‘This Weight’.

“I can speak on behalf of the band and say that we always had rules and guidelines. That’s not a bash to Tim – he just knew what he wanted,” he says.

“When he went, we could do what we wanted to do. So that’s what we did."

“One of my favourite things about this record was that we could just press record and see what happened, like on songs like ‘This Weight’, which we messed around with for months, then came back to near the end. A lot of the drumming is off the cuff.”

So, what of this new Midlake sound? How will people respond to it?

The images of autumnal forests, hunters, harsh winters and craftsman have all but gone, although may remain in Tim’s solo project Harp. Now there are waves of 1968 mixed with the more modern psychedelia of bands like Grizzly Bear and Animal Collective. There’s still the 70s rock harmonies and beautiful flute running throughout, but it’s now accompanied by fuzzy electric guitar and keys. And, of course, there’s Eric’s voice in the spotlight. It doesn’t have that trademark drone of Tim’s, but it’s brilliant, refreshing and uplifting.

It hit the spot for Midlake’s biggest fan, Simon Raymonde, founder of Bella Union, who gave the band some constructive criticism on the early demos. He was also the one who supported them as they made Antiphon in just six months – a far cry from the two years per record they were used to.

Eric says: “We gave ourselves six months because we wanted a record out this year, we wanted to showcase new stuff and we wanted to show off the newness. It’s too easy to get on cruise control and stay in the studio.

“It might sound cheesy, but making a record is like having a child. You birthed that thing. You’re part of it. This record was more communal and we felt even more part of it. We wanted to share that.”

McKenzie adds: “I’m very proud of it and very happy with it, even though I know there are flaws on it and things we could have improved. I wasn’t even sure how I felt about out last record.”

So what next? The band has already showcased some of their new material at Green Man, Pukklepop and a few gigs in Ireland and the US. They’ve promised not to leave old Midlake tunes out of their set list and won’t be playing Antiphon in its entirety at shows just yet (which is a shame).

Midlake is heading into an unknown and they’ll be happy if they’re heard and judged on what’s to come, not what’s been before. They know they’ll lose some fans, but hope to gain some too. Most of all, they don’t want to be defined by losing Tim.

As Eric says: “You know that you are making music for people, but if you’re not moved by it, what’s the point? If you’re passionate about it, there’s going to be some audience around. You can’t dwell on the audience that wants old Midlake.”

McKenzie adds: “People should reserve comment until they’ve heard the whole album. There’s new Midlake and new Tim. Hopefully it will make everyone happy and make Tim happy. I don’t know. We just went with what was in our gut.”

Midlake return to London in October for a sold out show, and again in February for a UK tour. Full list of dates at: midlake.net.