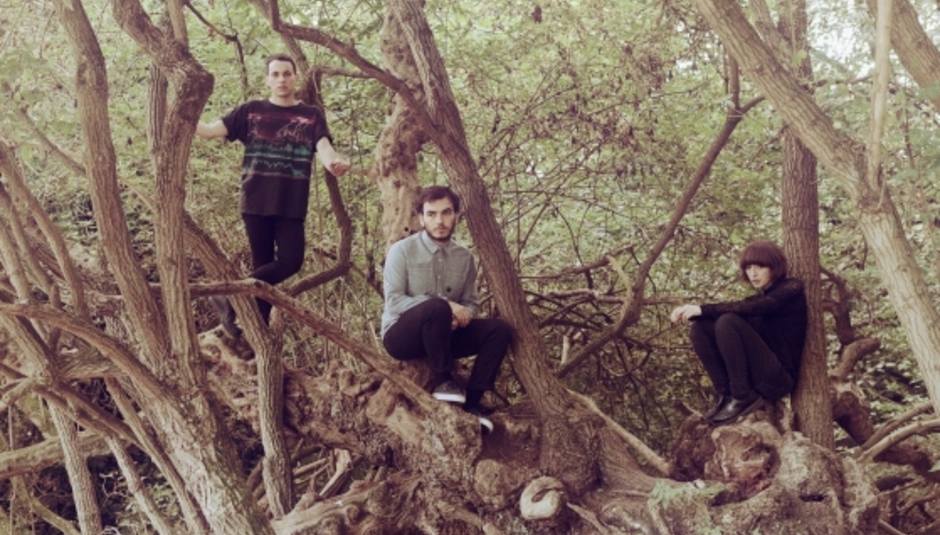 Hello and welcome to another edition of your favourite singles column on Drowned In Sound. It's the week after Record Store Day, which means I hope you got that David Bowie vinyl you were after and the supply of brand new singles is a little depleted.

The upshot of this is that there was room to squeeze a cheeky Phoenix remix and Jessie Ware's cover of a 90s R&B anthem into today's round-up of good songs you can buy in shops and online. That's in addition to already brilliant tracks by Classixx, Daughter, Dutch Uncles and The Pastels. Also, will.i.am's Justin Bieber collaboration is revealed to be pure woe.

The grand old wheel of folk was not built to be reinvented. You either go gargantuanly epic or claustrophobically intimate; inbetween is just a well-intentioned morass of forgettable pleasantries and Paolo Nuntini.

This makes Daughter something of an anomaly. Elena Tonra’s three-piece are like some sort of folk-rock minotaur: half xx-indebted tremelo addicts, half acoustic sob-storytellers. ‘Human’ begins with an upbeat strum that brings to mind ‘Big Yellow Taxi’ and campfire boozing in the twilight hours. With Tonra whispering of “limbs lost to a deadweight state”, any hopes of a jaunty Simon & Garfunkel-esque affair are soon dashed on the rocks of a rolling drumbeat and a bleak canvas of echo pedal.

For a song that’s lathered in fatalistic weariness, there is no conclusion to ‘Human’. Its seismic expanse of tumultuous sound prompts you to ponder if shared DNA is enough to piece together a faltering relationship. It shouldn’t be, it won’t be and yet the forlorn hope that it might be propels the track forward. Stuck in an eternal state of unknowing, Tonra's withered confession, “I think I'm dying here”, is the only available crumb of certainty.

Having staked out folk's middleground for herself, she's all alone out there.

To be honest with you readers, I wasn’t that fussed with Phoenix’s ‘Entertainment’ until precisely 10.38pm last Monday evening. I thought it was crass, bombastic and generally unbecoming of the usually lithe Thomas Mars and co. Then I saw the Mr Mars crowd-surf along to its climax, where the drums go mental and there’s gospel chanting as though St. Peter’s pearly gates are about to swing open in a blaze of heavenly light.

At this point in time, I wholeheartedly embraced its outlandish silliness and swung my arms in the air like a right loon. This Dirty Projectors remix of the Bankrupt! track sees David Longstreth work his usual pitch-shifting wizardry so that instead of exploding in a righteous climax, ‘Entertainment’ convulses into something more coy and flirtatious. Don’t try crowd-surfing to it, your knees will be too weak from all the swooning.

The Pastels - Check My Heart (Domino)

Anyway, enough dithering! ‘Check My Heart’ glistens with lackadaisical harmonies and rumbling major key chords. If you appreciate the songs of Belle & Sebastian and Camera Obscura but wish they weren't so dour all the time, chances are you’ll love it.

There’s so much religious imagery in the video for Martika’s ‘Love... Thy Will Be Done’ even the Pope would be suspicious as to its motives. Given the song was also co-written by Prince, some sort of naughtiness was sure to be afoot during its recording. Jessie Ware’s cover sticks to the original’s uber-90s script of wailing guitar and Sister Act choir vibes. It’s the least cool song she’s ever done, which is almost certainly why I adore it.

'All You're Waiting For' is the kind of single that inspires you to list your five favourite Madonna albums and write down its pre-chorus so you can sing along with word-for-word precision. Its disinterested, cheerleader chanting and shrill synth lines make for a rollicking good four minutes of feelgood revelry. A summertime jam that puts even ‘strawberry & elderflower’ to shame.

If Everything Everything ever got strung out on valium and recorded the ensuing jam session, Dutch Uncles could feasibly sue for copyright infringement. Both bands employ time signatures that exist beyond the comprehension of Liam Gallagher and are endearingly unashamed about their use of such intellectual acrobatics. Whereas Jonathon Everything spews out words like he’s trying to recite the Oxford English Dictionary before the apocalypse dawns, Duncan Wallis has a more serene approach to lyrical dexterity.

In amidst the alluring bleeps and bloops that populate ‘Bellio’, certain lines will be left to circulate around your subconscious. Case in point, “Talk upon your breath til I come through, praising your body.” I’m not sure whether this refers to dancing, sex or a particularly class snog. Either way, it sounds really nice when it rolls off your tongue.

1) Slow motion power walking is not a dance move 2) Any cube that contains the essence of Justin Bieber should not be entrusted to will.i.am 3) That hat looked better on Audrey Hepburn 4) “They call me will-A. Stay so cool, I'm chill-ey” 5) #pissoff