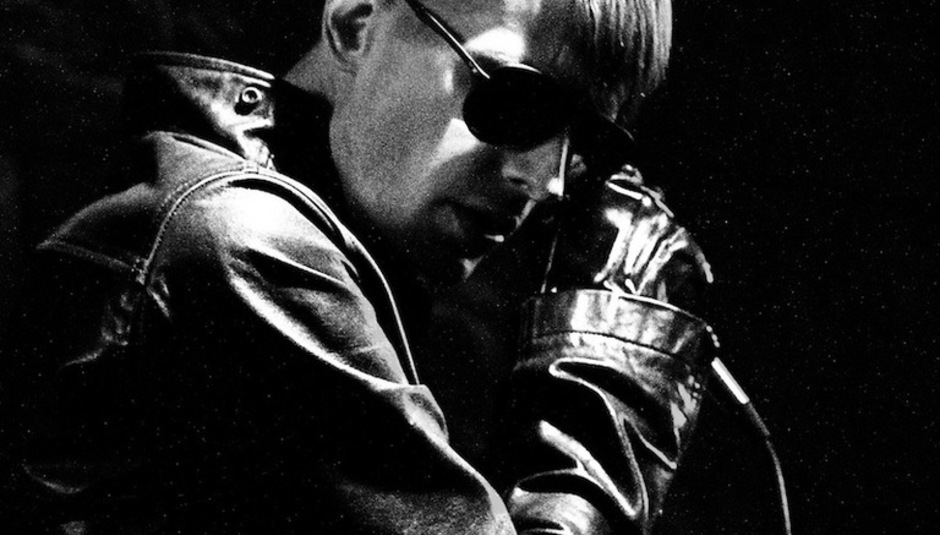 Hello and thanks for tuning in to another dazzling edition of the Drowned In Sound singles column. We've got synth-pop a plenty from Cold Cave and Big Black Delta, sombre indie from Cat Power and Woman's Hour, plus a new Deerhunter song that's appropriately shambolic. Please, dig in...

It takes a special kind of arrogance to be a songwriter. You have to believe that it’s your destiny to entertain people for a living, instead of serving them lukewarm coffee over a train station counter or being on the end of the phone when their dishwasher is broken. Even by this standard of vanity, ‘God Made The World’ is an outrageously egotistical track.

It leaps out of the traps like the bastard son of A-ha’s ‘Take On Me’, gallivanting forward on a crest of electronic drums and domineering synth. Then Wesley Eisold (a.k.a. Cold Cave) drops the motherload, “God made the world but I made this song.”

This is not opinion, it’s fact and by the tone if his voice, Eisold is supremely confident in his powers of creation. When the results are so immediately infectious, you can only point the finger at god for allowing poverty and famine to slip into his masterplan; Cold Cave’s latest single contains no such equivalent. It’s flawless, which is why you reckon he’ll end being taken back by his beau, despite any previous rejections and illegal misdemeanours.

In fairness to Wesley's girl, you do get the impression he could be a bit of a nightmare to put up with....

‘Have you put the recycling out?’

‘Did you set Eastenders to record for me yesterday?’

‘Can we not go to Burger King for date night?’

‘What part of the ‘made this song’ arrangement don't you understand.’

’God Made The World’ is available to pre-order on 7-inch picture disc.

After Ryan Hemsworth’s imperious remix of ‘Manhattan’, Cat Power’s original had almost been relegated to an afterthought in my mind. Then a video for the ever-tormented songwriter’s ode to big city living appeared on YouTube, and I’ve been thoroughly conflicted ever since.

I’d taken ‘Manhattan’s softly plucked piano chords as a cue to get all dreary about how the important stuff in life can seem out of reach, especially when you’re living in a big city and surrounded by other people's constant of brilliance. Yet here’s Chan Marshall perched below the New York City skyline, not only soaking up its magnificence but touching it too. A traffic light. A troupe of subway dancers. A jukebox. These things may be lacking in any cosmic significance but they’re all well within her grasp. Somehow, this made me very happy.

Bradford Cox is the kind of lovable fuck up you can genuinely admire. After expanding his fanbase beyond the hipster elite with Halcyon Digest, this self-proclaimed “performance artist” has shunned a return to such melodic indie in favour of ramshackle garage rock that redefines the phrase ‘a bit all over the place’. On first impressions, ‘Monomania’ may seem less than amazing but then you remember the idea of a 30-year old adult screaming "monomonomania" for three minutes straight is inherently amusing. The most hilarious aspect of Deerhunter’s return however, is that Bradford manages to pull the entire joke off with an intensely straight face.

Big Black Delta - Side of the Road (Masters of Bates)

Before Muse drilled down their space-age stadium rock formula to the point where they no longer had to try anymore, Matt Bellamy used to spout off 9/11 conspiracy theories and liven up his band’s festival sets with impromptu shuffle dancing. ‘Side of the Road’ reminds me of those barmy days; it’s the USS Enterprise piloted by the hapless, lovable Scotty rather than the calculated intellect of Spock.

To The End: not the cheery singalong you’d imagine

Woman’s Hour - To The End (Parlour)

Naming your band after a Radio 4 programme is a surefire way of letting the world know your musical intentions are true, honourable and deathly serious. To their eternal credit, Woman’s Hour elevate themselves above the realm of parody by being immensely good.

‘To The End’ unfolds in slow motion like a crash test dummy video; its sparse, trembling chords and slinking bass mean there’s nothing to cling to as a tragic Romeo & Juliet story unfolds. In this case Romeo’s not that bothered, leaving Fiona Burgess’ unrequited affection to desperately paper over the cracks. Topped off with a guitar solo that clearly implies everything is going to shit, this track wallows in the gory details of heartbreak until it’s gouged a tear from you in recompense.

Florrie’s been knocking around on the fringes of pop for a while now having started out drumming for the likes of Girls Aloud and Kylie Minogue before releasing her own solo EPs on the side. Breezy synth and funky beats are usually the order of the day with this Bristolian songstress, which makes the avalanche of brass that greets you at the start of ‘Live A Little’ a jaunty slap across the face. The song itself sounds like what would have happened if David Byrne & St Vincent had overdosed on Capri-Sun and Peperami while recording Love This Giant; it’s big, brash and a lot of wholesome fun. Plus it’s a free download, so hooray for that.

This one’s worth sharing...

The Birthday Kiss - Can You Keep A Secret? (Death Party)

There’s always room for one more in the world of retro-leaning indie, so The Birthday Kiss have snuck into the party before Summer Camp and Tennis kick up a fuss. Like all teenage flings, their first ever single is short, sweet and a little rough around the edges. Picking out the myriad of influences ‘Can You Keep A Secret?’ cribs from is a significant part of its allure: echo-laden vocals straight out of Phil Spector’s playbook and Morrissey-approved lyrics about illicit diary entries both feature. Still, this Leeds-based duo pilfer from the best with an inventiveness that's fuelled on more than the warm glow of nostalgia; they're officially 'ones to keep an eye on'.

‘Hey Porsche’ is so bad, it’s actually incredible. As if the woeful track itself didn’t scream ‘contractual obligation’, its video’s amateurish use of lens flare and a model who protects her identity by wearing a pair of sunglasses indicate that everyone involved in this production is thoroughly ashamed of themselves. Except Nelly, he’s got a Number 7 single out of it. A staggering achievement.