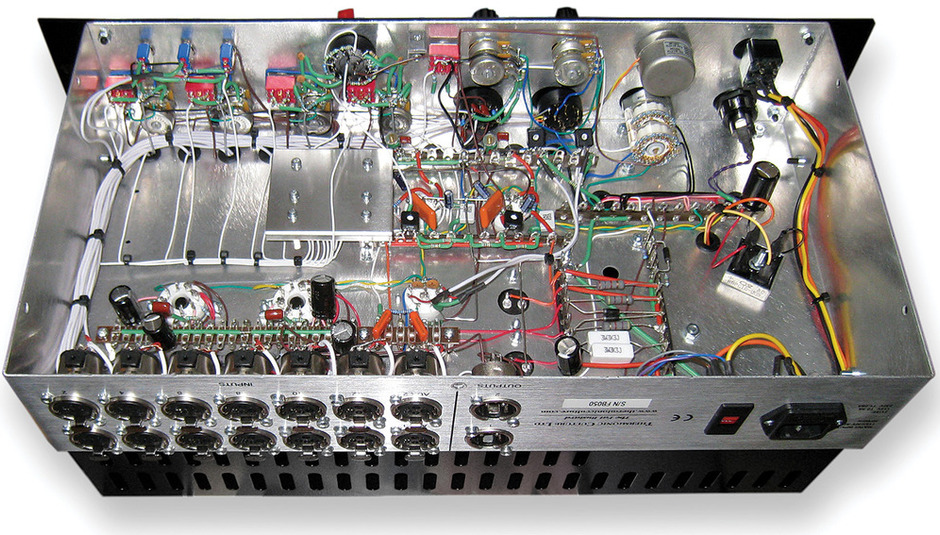 Eight And a Half are three Canadian gents making sumptuous synth rock. Notably their line-up is two parts ex-Stills and one ex-Broken Social Scene. They're heading to the UK next week to play some shows, including the DiS stage at the Great Escape (Thursday night at the Komedia), so we thought we'd find out a little more about what they've been using to make their gorgeous music...

The 1990's and early two thousands have been quite an interesting time for the recorded art of music. The digital audio workstation has invaded most homes and the art of recording has organically moved from something that had generally always been qualitative into something much more quantitative. Sample Rate, Bit Rate, Flat Dither, DSP, Mp3 are all real-time artefacts of the continuously degenerating initial analog signal path. Huge amounts of voltage and acoustical energy are everyday being crushed into a binary reality that is becoming ever-increasingly intangible.

A lot of us working within the chrome and glass of digital audio are on a continuous quest to find devices that help us at least partially circumvent the ossification of the signal path. That has sent a lot of us looking toward technologies that haven't been shrunken into chipsets yet; vacuum tubes, overbuilt transformers, and an all discrete signal path are coming back through time to save us from the ice age. All this pontificating to direct your attention to one of favorite grime machines being made today. It's hand built in the UK by a bunch of disgruntled punters who also feel the same way I feel about digital audio.

The company is called Thermionic Culture and the box is called "the culture vulture". It has tubes, and sometimes transformers and it will almost always make what you send through it sound better. It can be really subtle or really heavy handed. The choice is yours. A Quick Tour of Camden Market With FOE