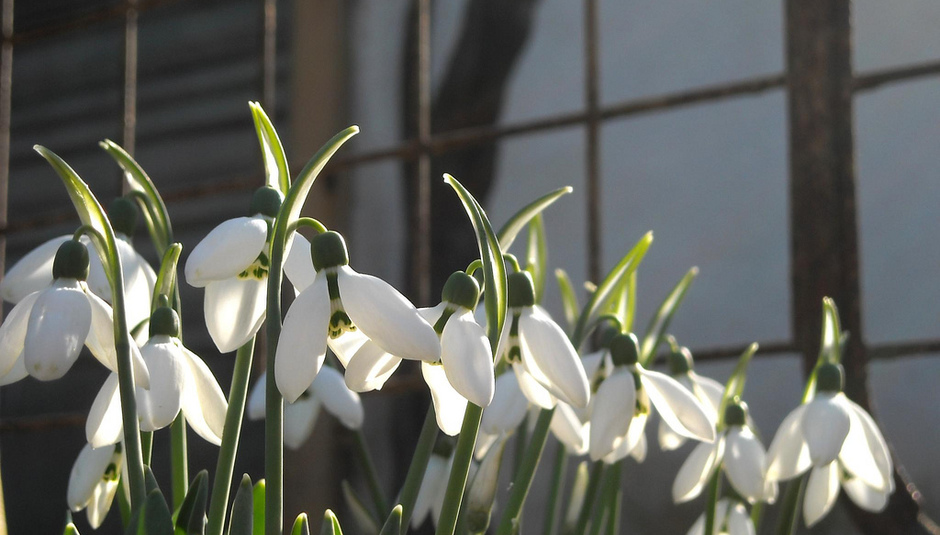 Hello there, it's almost March, a whole new season. Let's spring to it, then (ho ho).

I've been expanding my boundaries and attending a 'psychocinematic ritual' by Glasgow's OV - fantastic noises against a background of war imagery on screen; which was pretty excellent. One woman in the audience didn't agree and, during one of the bands started yelling "You're all buying into this!". Not for everyone, I guess.

Anyway, it's that time of year again; bands-a-plenty are packing their bags for Austin, Texas to ply their trade at SXSW.

French Wives, Hudson Mohawke, Django Django, Jackmaster, Tango in the Attic, Three Blind Wolves, The Twilight Sad, Twin Atlantic, We Were Promised Jetpacks, Woodenbox and The Xcerts have all been officially confirmed by the Scottish Music Industry Association.

In the meantime I had a chat to French Wives and Tango in the Attic to see how they felt about making it on to the official Scottish showcases.

French Wives' Stuart Dougan had just made it back from a round trip to London to sort out some of the paperwork. He explained:

"There's a lot to put in place before we get going, so we've basically spent the last two months ticking all those boxes. "Once it's sorted, we'll be able to get excited about going; it's a big thing for us.

"We're playing the showcase, but also have another few shows during the week and some other dates, including another festival in San Antonio.

"We're jamming in as much as we possibly can while we're over there. One of the amazing things is how helpful we've found people over in the states - people have started contacting us and it's all been very positive.

"There's one guy in Oklahoma who I started chatting to about Orange Juice -- a conversation which has led to us getting a support slot with Jeffrey Lewis!

"Another great thing about playing over in America will be that it's a chance to see how people coming to our music with fresh ears react to it."

Although French Wives will receive SMIA funding, they're also hard at work raising cash to supplement that; including hosting two 'R Ceilidhs' in the past month, and shows at Sneaky Pete's, Edinburgh (February 28), Hootenanny's, Inverness (March 1) and Stereo, Glasgow (March 9) (full list here).

This also gives them a chance to showcase new album 'Dream of the Inbetween', which is out on May 7.

"I can't wait til it's out, to be honest," says Stuart, "because it's a process which started so long ago.

"It'll be over a year by then; we went away and wrote the whole thing from start to finish. I'm really pleased people will finally get to hear it, and I'm hoping they will like it as much as we do."

I'm thinking, from the preview I've heard, that he won't need to worry too much about that. Here's a sample:

Tango in the Attic, similarly, will be preparing for their own new album 'Sellotape' on April 23 while at SXSW.

"We're really proud of it," the band says. "We had a much stronger idea of what we wanted to do and what risks we wanted to take in comparison to the first album.

"We definitely think they’ve paid off and we're really excited about letting people hear it."

Here's the single 'Paw Prints', which is out on March 12:

The band is playing some indie radio and a couple of more obscure shows (using the Austin Facial Hair Club as an example), and heading out on tour of California, Arizona and New Mexico on their way over.

"There’s a lot of desert involved", TITA added. "We’re travelling in a big Winnebago too so we're excited about that.

"[SXSW] is maybe more of a stepping stone than a mile stone. We are excited about reaching out to more people though. We're also quite eager to see how our live set goes down outside of Britain.

"Our first album was quite well received in America. We were played a lot on things like college radio. A lot of that buzz seems to have picked up again now were going out there. We’ve had a few people get in touch with us to say they’re excited about seeing us live as well. That’s always reassuring."

Meanwhile, back home, PAWS have signed to Fat Cat, which means they'll be releasing their album later this year - excellent news all round.

Annnnd, good news came around Valentines Day no less, when De Rosa revealed that they'd reformed and will be recording new material. Fantastique! Frontman Martin John Henry's single 'Span/Only Colour' is out on March 12, and you can pre-order it here.

This month sees the end of a Glasgow indie clubbing institution as [Pin Up Nights] declares 'Game Over' on March 30 at the Flying Duck.

We'll always have the memories: for me, mainly involving declaring ourselves to be Courtney Cox whenever The Boss comes on, squawking at friends through an Aidan Moffat mask during 'When Doves Cry' one particularly eventful hogmanay, and that one time when it was in that in-between club on Sauchiehall Street and we were the only people on the floor for 'My Sharona'. You can read their own thoughts about it here.

For the final event, the organisers are trying to attract boyhood hero, Mr Jarvis Cocker to come along and spin the decks. You can help them on their quest by signing the Get Cocker petition.

The very enjoyable This Silent Forest are out on tour this month, starting in Su Casa, Ayr (March 1); then hitting PJ Molloys, Dunfermline (March 7); Hootananny, Inverness (March 9); The Tunnels, Aberdeen to support Bwani Junction (March 23); and with We're Only Afraid of NYC and Mike Nisbet at The Captain's Rest, Glasgow (March 24). Excellent news.

Also on the road are Fatherson who kick things off at the Jamjar, Dunfermline on March 14 before heading to: Inverness Ironworks (March 15); The Tunnels, Aberdeen (March 16); Doghouse, Dundee (March 17); Electric Circus, Edinburgh (March 18); and the Grand Hall, Kilmarnock (March 23).

The Mirror Trap play a hometown show in Dundee Dexters on March 9, along with Vukovi; that's after they play a support slot at King Tuts on March 7. Deliverance at Woodend barn in the Aberdeenshire town of Banchory aims to draw big-city acts out into the wilds. On March 16, it's hosting Meursault and Wounded Knee.

Song of Return and Indian Red Lopez wait til the end of the month for their mini-tour, which takes in Aberdeen Tunnels (March 29); Edinburgh's Wee Red Bar (March 30) and Glasgow's ABC 2 (March 31). Tickets are available on the Song of Return website.

Happy Particles, North American War and Olympic Swimmers in one bill, sounds good to me. It's on March 31 at the 13th Note, Glasgow. Details.

And with a cheeky preview to next month, April 6-8 will see the Counterflows festival take place in Glasgow. With events being organised by Cry Parrot and Tracer Trails, you can be sure it's going to be an interesting few days. Full details and line-up can be found here.

Edinburgh five-piece The Machine Room are on the cusp of releasing their debut EP, 'Love from a Distance', which seems an appropriate time to introduce them.

They're described as 'dream pop' which is pretty apt; they have a sleepy, echoey, early-morning-after feeling, which you can imagine putting on to help your brain drift off after a rough session. At the same time, they're not afraid to take flight a bit, as the soaring sections of 'Camino de Soda' on the EP show off; or getting a bit heavier, as on 'Picking Holes'.

It's also just one more to add to the power Tape Studios in Edinburgh has to help create some quite lovely sounds; this EP is a product of that, and the band were part of the studio's singles club last year.

A launch show takes place at the Wee Red Bar on March 3. Find The Machine Room on Facebook and Soundcloud.