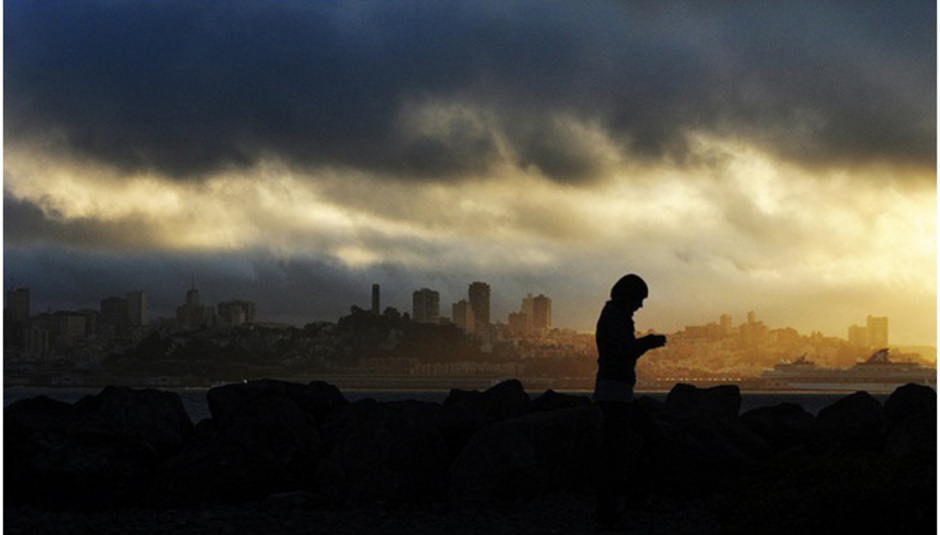 Five Years ago, San Francisco did not have a music festival to call its own. Now it has two. While the larger event, Outside Lands, sells many more tickets every summer to those who wish only to pass out in the psychedelic haze of Golden Gate Park to artists such as Phish, Further and Dave Matthews, the Treasure Island Music Festival, on the other side of the city plays to a smaller but distinctly cooler crowd.

Now five years strong, the festival takes place on an ex-naval base island in the middle of the San Francisco Bay. It’s a small and very well-organized festival, in which the first note of any set rings out only seconds after the final sound from the other stage, across the small grounds. No room for impromptu encores here. This lack of overlap means you could theoretically catch every single song of every set, if you don’t mind dashing from one stage to the other while avoiding the giant neon jellyfish and young frazzled Californians splayed across the grass. There is definitely a burning man feel to the festival, with several enormous sculptures somehow making their way from the Nevada Desert to the windy island. Beyond these gigantic structures, the Golden Gate Bridge, Alcatraz and the San Francisco city skyline provide a dreamy backdrop to the two day festival.

Saturday at Treasure Island is the “electronic” day, and has always been reserved, for the most part, for DJs and dance acts, with some notable exceptions. This year was no different, with Flying Lotus, Shabbazz Palaces, Chromeo, Cut Copy and Empire of the Sun amongst the performers on the first day. Only Death From Above 1979 broke up the electronic beats with their unique dance metal and heavy bass riffery. “This song is for dancing!” YACHT’s Claire L. Evans instructed the crowd gathered by the smaller Tunnel Stage early in the afternoon, and she was right. The androgynous electropop outfit look and sound like they are from Berlin (not Portland). They were the first act to really get everyone moving on Saturday. The ostentatious frontwoman owned the stage like a young and lithe Annie Lennox, and the synth pops and bouncing bass provided a great start to everyone’s dancing day. Everything they do looks like really hard work, probably because it is. While not playing two keyboards and a guitar at the same time, Ian Williams is also synching vocal samples with the electronic screens behind, and he still finds time to dance. They left the stage sweaty, beery and triumphant. Without a synthesizer or even record decks it appears that Flying Lotus basically just watches his laptop while pushing sliders up and down. I’m sure that if anyone else watched a laptop and pushed sliders up and down it wouldn’t sound anything like as good as the mesmerizing and slightly claustrophobic din he created. The sound he produces may be more suited to a dark club than the open sea air, but being the first act to play after sundown brought on a distinctly rave-y feel to the night. While two antipodean 80s influenced synth pop acts dominated the headlining slots on the Bridge Stage (Cut Copy and Empire of The Sun), DFA 1979 provided some great dance metal relief on the other stage. Jesse F Keeler metal bass riffs were by far the loudest thing on the island. Their reunion has proved hugely popular and there was a large die-hard fanbase who had clearly bought their day ticket only to see the Canadian duo. Both rockers and ravers alike were satisfied, and boarded their air-conditioned shuttle buses back to the mainland happy. The lush guitars and slow grooves of Antlers Sunday afternoon set eased everyone nicely out of their hangovers, the sun even rose during the pretty “I Don’t Want Love”. They played a lot from their great recent LP, Burst Apart, and probably deserved a slot later on the billing. All-girl L.A. psychedelic noodlers, Warpaint, seemed a little too relaxed, and kind of aimlessly got through their Sunday afternoon set. They have the demeanor of slackers who really don’t care, and most of the crowd were happy to drift away early to catch every note of St Vincent’s epic set on the main stage. Annie Hall plays fuzz guitar like Jack White if he joined a math rock outfit (which is only a matter of time). Like Kate Bush, her experimental song arrangements at first seem unnatural but soon grow on you until you are hooked. Her appearance as another kooky and demure hipster chick is deceiving, and she was probably one of the most innovative musicians and intense vocalists to appear over the weekend. Her set with her Moog heavy art-rock band was a lot of people’s highlight of the festival. Her live act has still not been matched on any of her records and was worth the day ticket price alone.

Beach House were lucky enough to play as the sun set over the city on Saturday evening and their sparse dream-pop matched the surroundings perfectly. “You look beautiful in the sun set” Victoria Legrand told the adoring crowd. Their swathes of gorgeous descending chords could have played on forever into the night, and their act really suited the open air.

Death Cab for Cutie wrapped up the weekend on Sunday Night as probably the biggest commercial draw of the festival. Beyond them, the line-up remained distinctly independent and interesting. The Electronic/Indie Rock split of the two days works well and gives each day its own identity, and a different crowd. If the young festival can avoid growing into a bloated corporate event, and keep producing such inspired and relevant line-ups I’m sure this cool little island weekend will play on for many more years.

All photos by Chris Trewin