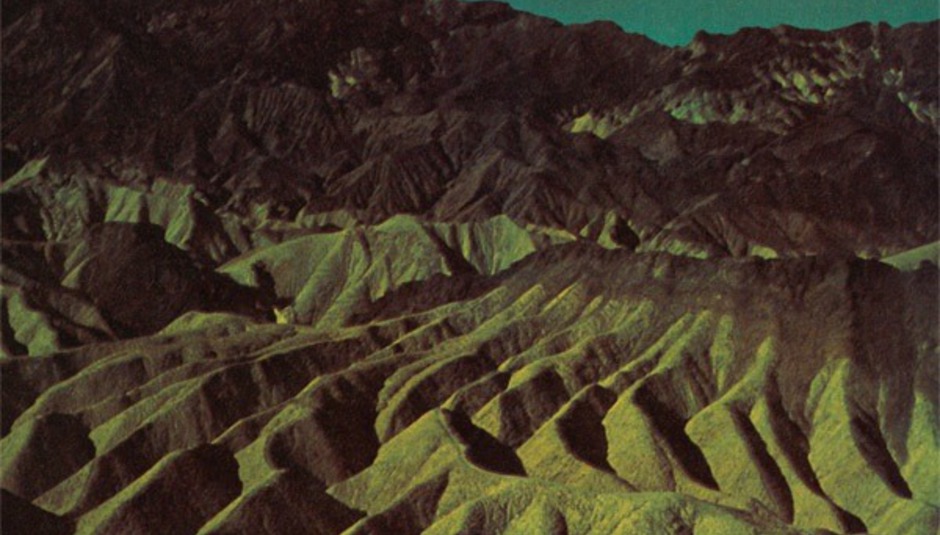 It seems only appropriate that I begin this month’s column with Lost In The Glare, the latest record by Barn Owl and quite possibly the pinnacle of the San Franciscan’s already burgeoning discography. Following swiftly on the heels of the excellent Shadowland EP, Lost In The Glare is the band’s most diverse full-length and melodically intricate effort to date. Highlights are, unsurprisingly, almost too innumerable to mention, but from the vast sprawl of punishing, viscous guitar tones that runs through the album’s imposing centre-piece, ‘The Darkest Night Since 1683,’ to the plangent glow of opener ‘Pale Star,’ there’s an almost imperceptible, sun-bleached elegance that unites even the album’s most divergent moments. Elsewhere, the addition of drummer Jacob Felix Heule adds an irresistible, tectonic weight to the guitar interplay of Jon Porras and Evan Caminiti, culminating in the utterly devastating ‘Devotion II,’ a hulking juxtaposition of intensely melodic Eastern scales and savage distortion, interspersed with skin-flaying blasts of high-end feedback. Quite where the band go from here is anyone’s guess, but for now, Lost In The Glare stands as a glorious summation of everything that makes Barn Owl so vital and, perhaps more importantly, an utterly essential record.

Similarly evocative is an intriguing new record on Sheffield’s ever-excellent Blackest Rainbow label by Isidore Ducasse, a collaborative project between Jefre Cantu-Ledesma and William Trevor Montgomery. Initially intended as the soundtrack to a Western film (which, unfortunately, was never released), this is a richly evocative record of all-too-brief vignettes, combining hazy, dust-bowl atmospherics with ecstatic and deeply psychedelic guitar explorations. Comparisons to Barn Owl or latter-day Earth are perhaps inevitable, but there’s a devotional intensity to many of these tracks which instead recalls the output of classic Popol Vuh – or perhaps Neil Young’s ‘Dead Man’ soundtrack - and makes Isidore Ducasse one of the most rewarding records this writer has heard all year. Scope a few tracks here:

No less powerful is Ellen Fullman’s Through Glass Panes, a record which manages to balance a deeply academic approach toward composition (the vast majority of sounds result from Fullman’s self-built ‘Long Stringed Instrument,’ a precisely tuned installation of wires, over fifty foot in length) with an almost religious fervour. Like Catherine Christer Hennix’s classic ‘Electric Harpsichord,’ Fullman explores Eastern intonations with masterful restraint, resulting in a series of incredibly deep, mind altering compositions that offer almost infinite reward for those who persist. Check out clips here and make sure you scope her collaboration with Barn Owl, also released through Important Given the unrelenting slew of synth music that seems to be overwhelming the contemporary ambient scene, it’s perhaps understandable that the prospect of yet another neo-kosmiche release leaves many people cold. Nevertheless, In Dust, the second full-length from Roll The Dice (following last year’s excellent debut on Digitalis) is undoubtedly worthy of further investigation. Perhaps most critically, and unlike so many of their supposed contemporaries, this Swedish duo explore substantially darker themes, offsetting oppressive blankets of queasy analogue tones with startlingly beautiful passages of piano to quite brilliant effect. However, it’s tracks such as ‘Iron Bridge’ and ‘Calling All Workers,’ with their relentless, almost motorik pulse, that represent some of 2011’s most compelling synth-related machinations. Check out a preview of the record below:

Last but by no means least is an excellent new record from London-based guitarist Ben Chatwin, operating under the moniker Talvihorros. Culled and edited from a series of live improvisations, Descent Into Delta is an album of gorgeously sustained, oceanic tones that ebb and subside with an implacable, almost organic, form of logic. But while the sheer breadth of textures is undoubtedly astounding, it’s Chatwin’s ear for melody that really impresses, imbuing the album with a sense of gut-wrenching melancholy and drama that’s all too often overlooked by ostensibly similar artists. Check out a track right here

More next month... You can read the previous columns here.