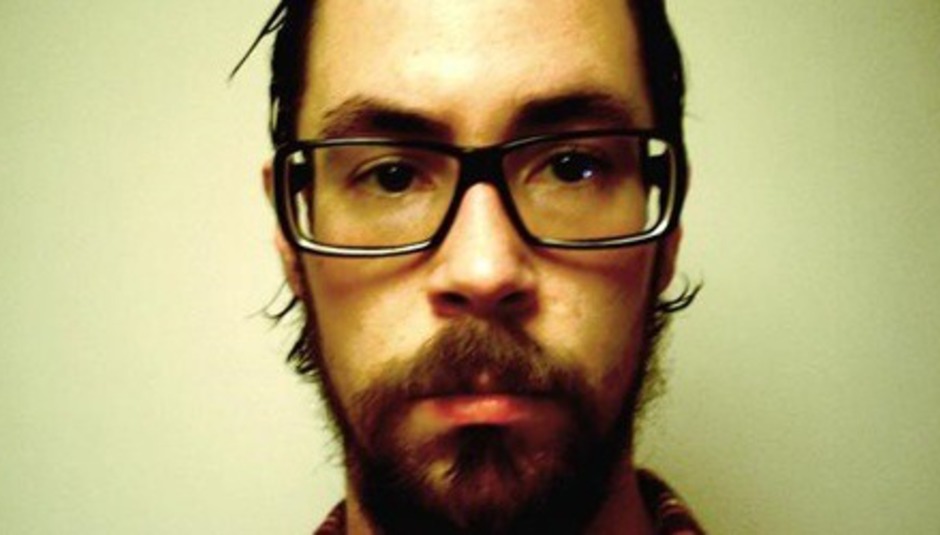 Welcome to to the eighth regular installment from Joe Marshall, focusing on the very best of ambient, drone and other assorted outsider transmissions.

It seems as if I’m presented with a new Barn Owl-related release over which to eulogize on an almost monthly basis, and this time around is no exception in the form of Undercurrent, the exceptional debut release from Jon Porras (formerly Elm). Jon first sent me this record almost a year ago and after numerous delays, it’s a total pleasure to finally be able to write a little about it. A huge departure from the desolate, wilderness atmospheres of his work under the Elm moniker, Undercurrent is an unrelentingly bleak, but also incredibly beautiful, record of almost impossibly vast oceanic textures and submerged, half-heard melodies. Bringing to mind the best of Windy & Carl’s output (in particular, their seminal ‘Depths’), but occupying an almost totally unique atmospheric sphere, tracks such as ‘Shore’ offset huge depth-charges of distortion (think Sunn 0))) playing at the bottom of the Pacific) against yearning, strummed guitar lines, swathed in a heavy blanket of reverb and delay. Elsewhere, the likes of ‘Calm’ and ‘Seascape’ explore hugely melancholy synth textures (the latter, in particular, building to an utterly devastating crescendo) while ‘For ARH’ sounds like nothing less than a lost shoegaze classic, cast adrift and salt-damaged. Put simply, this is one of the very best records I’ve ever heard and anyone with even a passing interest in forward-thinking music that still retains an irresistible emotional resonance, owes it to themselves to hear this; just completely, completely amazing stuff. Check out a few tracks here Similarly outstanding is Barn Owl’s latest transmission, a relatively concise EP released in advance of their wonderful new full-length Lost In The Glare (trust me on this one, it’s something truly special). Comprising three tracks, Shadowland is a stunning exercise in carefully controlled tension, exploring cyclical melodies and parched textures with an almost effortless ease. Best of all, though, are the vast synth washes and searing, bleached guitar work of closing track ‘Infinite Reach,’ perhaps the most profoundly psychedelic and engaging piece Barn Owl have ever recorded. Scope the opening track below:

Quite how Mountains, Barn Owl’s Brooklyn-based label mates, have established themselves as one of Thrill Jockey’s best-selling acts remains something of a mystery to me (as DiS’s own Phil Bloomfield noted in his excellent review, they’ve never seemingly garnered the same critical attention as some of their contemporaries. Nevertheless, following a steady stream of consistently gorgeous releases, they’re totally deserving of any success that happen to come their way and their latest full-length, Air Museum represents yet another quiet triumph. Despite their decision to focus solely upon analogue instrumentation this time around, Air Museum actually sounds – to these ears at least – a whole lot more digitally processed than the granular haze of 09’s ‘Choral,’ a kaleidoscopic array of iridescent sounds and textures that retains a joyous, almost playful, sense of experimentation. Quite evidently those who were so bowled over by their thoroughly modern distillation of folk tropes might find this a little more difficult to love, but as far as I’m concerned, you’re unlikely to hear many ambient records that are this beautifully rendered and, ultimately, fun.

Of substantially lower profile is ‘Language,’ a lovely cassette release on the exemplary Root Strata imprint from Turkish musician Ekin Fil. This, her first international release, is a gloriously lo-fidelity journey into fragmented pop structures, bubbling synths and some of the most unearthly vocals you’re likely to hear all year. Needless to say, fans of Grouper will find much to love here (in fact there are parts of this that might even transcend Liz Harris’ recent opus). Scope the tape here or download some of her earlier releases for free here.

On a much darker note, Utech Records have recently served up a double header of pitch black ambience in the form of two collaborative efforts. The first, which sees New Mexico’s William Fowler Collins lock horns with Arizona’s Gog, represents a genuinely nightmarish journey into the American Southwest. Much like Fowler Collins’ incredible ‘Perdition Hill Radio,’ ‘Malpais’ is unrelentingly oppressive, an impenetrable morass of scorched electronics and treated guitar that is somehow both utterly harrowing and amazingly addictive. The second is a truly devotional side of vinyl courtesy of Locrian and Horseback; infused with a palpable sense of doom and yet astoundingly elegant, ‘New Dominions’ is subtle and never less than totally engaging, combining spectral tremolo picked guitars with plodding, tectonic percussion and some hugely atmospheric vocals. More info can be found here

Finally, Sweden’s ever-excellent Jasper TX has finally dropped a new full-length on Fang Bomb records. Unsurprisingly, The Black Sun Transmissions is yet another release of quite exemplary quality, which veers from intricately layered, textural drones (and some seriously inventive percussion courtesy of Zelienople’s Mike Weiss) to moments of stark melodic beauty. Quite honestly, I’ve barely been able to scratch the surface of this one since I picked it up a few weeks ago (as with all his releases, this is very much a slow burner) but I fully expect it to really unfurl once the night’s begin to draw in and for anyone who was as enamored with ‘Black Sleep’ as I was, this is pretty much essential listening. Scope a couple of tracks at Fang Bomb’s soundcloud page.

That’s all for now, but thanks once again for reading.

DiSsers Recommend... Who to see at Gl...