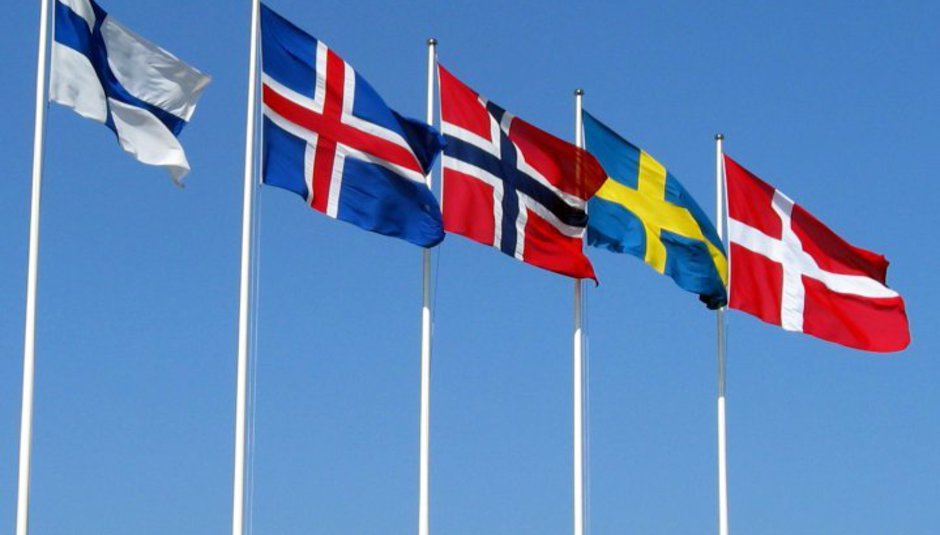 As with our other themed and celebratory weeks having digests of their content, we thought it'd be best to do the same thing for our 10 Years of Nordic Series. There was a large chunk of content, so here's a run-down of what happened in News, Features and whatever else we threw up. Thanks for reading. If you did. Also, while you're here...the list page will not just be home to the crop of stuff that was posted during those two weeks but also to any other relevant Nordic content over time. So bookmark it if you're into that sort of thing.

10 Years Of Nordic - An Introduction - An introduction to the Series by none other than myself, summing up the decade very, very briefly and an outline of what content we had coming up. An appetite whetter.

DiS meets The Concretes - There can have been few bands who can as stake as large a claim to being the standard bearers of Swedish indie-pop in the 2000s than The Concretes. Well, maybe Jens Lekman, and Peter, Bjorn and John had that whistling song which is still pervasive to this very day, but The Concretes were where it was at, man! Here Jon Falcone interviews former-drummer now-lead singer Lisa Milberg on both the past and present.

Drowned in Oslo #1 - Naturally it made sense to try and focus on a a "local scene" or at least a city, town or whatever. It just so happened that Oslo was the perfect place for this and our man in the know Ben Manwairing gave us a comprehensive run-down of the goings on in the Norwegian capital in recent times, speaking to some of the city's leading musical figures.

DiS meets Susanne Sundfør - Winning £100,000 of a-ha's money as part of their newly-established "talent grant" is a fairly noteworthy accomplishment. But then again, the talent is evidently all there for rising Norwegian singer Susanne Sundfør - just listen to her latest album, The Brothel, for evidence. We caught up with her at Oslo's Øyafestivalen to speak about all of the above, really.

Skweee: A Synthesizer Odyssey - We knew that something had to be written about Skweee in our Nordic series. It was just that we - or I, more accurately - didn't possess the required depth of knowledge around and about this strange Scandinavian primal-electronica phenomenon. So I asked someone who did, Rory Gibb. He tells us about the genre's genesis, as well as how it ended up influencing music from further afield.

Order And Chaos - Norway In Noise And Metal - Nope, we couldn't have a week on Nordic music without having a look at Norwegian metal, or as it has expanded at a fantastic rate in recent years, metal and NOISE. Some serious shit in this here article, including the likes of Shining, Årabrot, Mayhem amongst others. Words by John Doran of The Quietus. He knows his stuff.

Iceland Airwaves: The DiS review - Rory Gibb packed his bags and went to Iceland for another Airwaves festival. Here's what he saw. And thought. And wrote.

Listen: A Nordic Playlist from Ja Ja Ja - Does what you'd expect, in Spotify form.

A Reykjavík Retrospective 2000-2005 - We originally asked Haukur S. Magnusson to write us a brief musical history - of sorts - of the Icelandic capital. What he came up with was, by far more interesting than what we originally specified and he only managed to get half-way through the decade. If you read one article from this whole Nordic Series, I'd advise you to read this one.

Nordic Talking Pt. I with Hjaltalin, Ungdomskulen and Pacific! - We asked some of our favourite Nordic acts of the past decade to pick their favourite Nordic records from...yes, the past decade. This first edition featured picks from the above band, which resulted in albums from Sprengjuhöllin, Bjørn Torske and Fontän all getting in on the action.

Nordic Talking Pt. II - Haukur S. Magnusson - As well as being involved in the Icelandic band Reykjavík! and writing the retrospective of that city we decided to give Mr Haukur another piece of his own, and this time he wrote about Singapore Sling's My Life Is Killing Rock And Roll. Very good.

Nordic Talking Pt III. ft. Oh No Ono, Ólafur Arnalds + Amiina - Er, yes. Basically the same as the other two, but this time with words from Denmark's Oh No Ono plus Ólafur Arnalds and Amiina from Iceland. Have a read to see what they chose as their favourite Nordic records from 2000-2009.

Listen: Get Some new Lykke Li