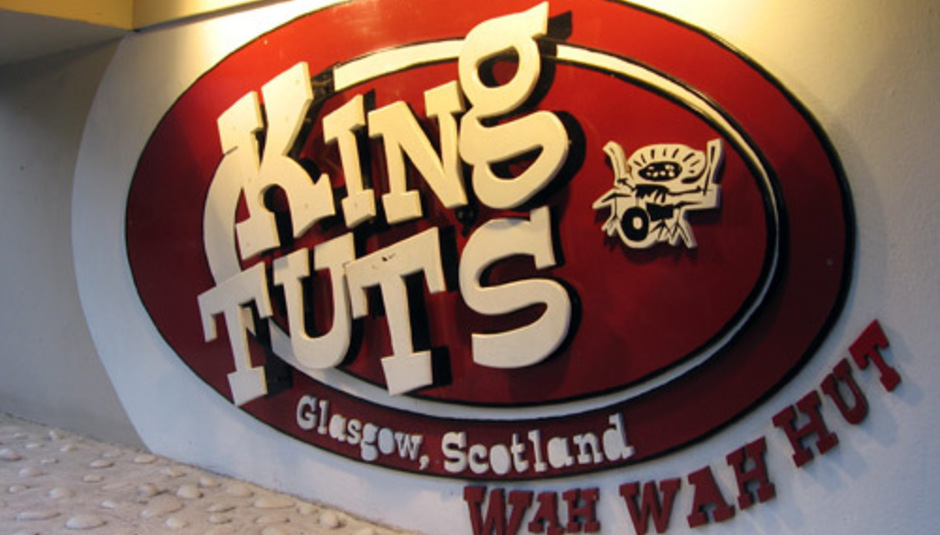 On the face of it, Glasgow isn’t a natural cultural epicentre. Renowned for its hard drinking locals, the city’s roots are entrenched in the staunch Labour supporting shipyards of the Clyde and the part-football, part-religious tensions of the Old Firm. Historically it’s always been a tough town, for tough people – not a breeding ground for those with innovative intentions.

Despite (or perhaps in spite of) this hardened appearance, Scotland’s biggest city is also its most creatively blessed. With talent washing through the pores of its ten constituencies, Glasgow’s tradition in the arts is well celebrated; being honoured European Capital of Culture back in 1990 is still bellowed about proudly by many a staunch local.

Since the late 70s, music’s played an increasing part in solidifying the city’s reputation as a hive of ingenuity. It all started with Alan Horne’s lauded Postcard Records – an aggressive DIY label which for a short time flew ‘the sound of young Scotland’ flag for Edwyn Collin’s fledgling Orange Juice and new-wave poppers Aztec Camera, as well as Edinburgh post-punks Josef K. And from there, Glasgow’s musical conveyor belt just kept on running.

In the 80s The Jesus & Mary Chain, Primal Scream, The Vaselines, BMX Bandits, Teenage Fanclub and The Pastels all gestated in the bowels of city’s underbelly. The next decade showed no sign of let up; Chemikal Underground was born and The Delgados, Belle & Sebastian, Bis, Mogwai, and Arab Strap (although originally from Falkirk) made their way to the forefront of the Scottish music scene.

In the ten years since Drowned in Sound’s birth, the city has continued to reel out bands: Franz Ferdinand, Aereogramme, The Twilight Sad, Life Without Buildings, Camera Obscura, Danananackroyd, Errors, Glasvegas... you get the picture. Even right now, the city feels like a never ending well of sound. As the cliché goes, there really must be something in the water.

So, where does it come from? Well, it’s a prickly question that’s practically impossible to answer. Honing in on one specific element, or combination of elements, risks overlooking the tapestry of factors – economics, culture, venues, labels, promoters, bands, appetite of gig goers – that have been stitched together to form a burgeoning subculture over the last thirty years.

“It sounds stock but Glasgow is a boring city to live in for most of the year,” says Errors’ Simon Ward, wrestling with his own thoughts on the city’s rich musical lineage. “The weather is crap, so making music is just something to do. There is still a well established DIY community in place, although I think this has fluctuated in its strength over the years.”

One notable aspect of Glasgow’s music community is its strength in numbers. But these aren’t bands working under a united banner, hoping that one of them makes it so the rest can jet-stream alongside. This is a varied, almost antithetical mesh of artists plying their trade in shared spaces while creating widely differing music.

“There are lots of scenes in Glasgow, but this is because a lot of people live here,” explains Ward. “I think the geography of the city has a lot to answer for. The city centre area feels small and compact and since this is where almost all the venues, pubs and clubs are it becomes inevitable that bands and artists from different scenes will meet and form new bands.”

Geography aside, Glasgow has a number of edges that leverage it above other Scottish cities. Venue-wise, it offers bands almost as many floors to play as Edinburgh, Dundee and Aberdeen put together. And with the heart of the Scottish media rooted in the city, it’s only natural the gaze of the musically inclined is drawn there. But Glasgow’s biggest plus lies in the singular attitude of those involved in all quarters of its multiple music scenes.

“Glasgow has an enthusiasm for music; it’s what draws a lot of people here and, when all goes well, you can expect a fervent and expressive audience,” explains Camera Obscura’s Carey Lander. “It’s more resistant to pretentiousness than many cities. It has a different sense of cool and seems less distracted by musical fads... it continues to hold its own and remain important to people from all over the world. I’m proud to live in a place that is a point of musical pilgrimage for lots of people.”

Not so long ago, a young Aidan Moffat would regularly make the 20 mile trek from Falkirk to further his musical learning in the city's cavernous venues. And after Arab Strap signed for Chemikal Underground, making their live debut at King Tut’s Wah Wah Hut, he quickly cast anchor.

“I was always drawn to Glasgow: it’s the only real choice for musicians outside the city itself. If you’re in a Scottish band, you probably want to move to Glasgow,” Moffat reasons. “I’m not sure that I ever saw playing in Glasgow as a measure of success, but I had absolutely no desire to play in Falkirk, there just wasn’t an audience for what [Arab Strap] wanted to do.”

Arab Strap’s migration west is a familiar journey for many Scottish bands born outside the city’s inner-ring. In an increasingly globalised industry, it’s difficult enough being heard above the cattle market rabble of PR spiel. To ignore Glasgow’s calling, with its hub of media, labels and audiences, is pure suicide.

Scott Hutchinson, frontman of Selkirk outfit Frightened Rabbit, explains the city’s pull: “Growing up in a small town in Scotland, I always associated Glasgow with music, and not simply Scottish music. It's where I had almost all of my contact with live bands until I began touring. It's almost mythological when you come from somewhere like Selkirk and, as such it, seemed natural to go there to start the creative process. I still find it one of the most exciting cities in the world.”

One band that escaped Glasgow’s clutches is The Twilight Sad. Scooped up by Brighton’s Fat Cat label after just three gigs in the city, the Kilsyth-born band were shipped out to America to cut their teeth in unfamiliar climes. But, as singer James Graham puts it, the band are still heavily influenced by the city.

“I don't know exactly how big an impact [Glasgow] has had but I know that without [Mogwai, Arab Strap and The Delgados] I wouldn't be doing this,” Graham explains. “We've been lucky in that we've been able to work with and become friends with those bands and they've helped us and supported our band over the years by giving advice, working on our records with us, getting us pished and taking the pish out of us.”

This guiding hand from Glasgow’s old guard is a story you’ll hear time and time again from the city’s young pups. There’s no sense of personal protectionism amongst its musicians; just a desire to make music, and make it well. It’s the perfect blueprint for sustained success.

Where the city sits amidst musical heartbeats like LA, Seattle, London or Portland is difficult to gauge. Even its most renowned bands have little of the commercial appeal it takes to front the pages of magazines racked around the world. But given its population (just over 500,000), the number of globally approved acts it’s turned out in recent times is, frankly, staggering.

“Glasgow, and Scotland as a whole, has always made a disproportionate contribution to culture for a country of its size, we seem to be a very small but very creative nation,” says Aidan Moffat. “I think there’s an air of authenticity about Glasgow that London sometimes struggles to find. A lot of music down there is very London-centric and just doesn’t really translate to anywhere outside the M25, whereas us lot from up North tend to look at, and aim for, the bigger picture.”

So with their impenetrable west-coast brogues and utter lack of pretension, why do Glasgow bands resonate so readily with people around the globe?

“They’re a bit drunk and haven’t washed?” ponders Moffat. “I really don’t know – only an outsider can answer that.”