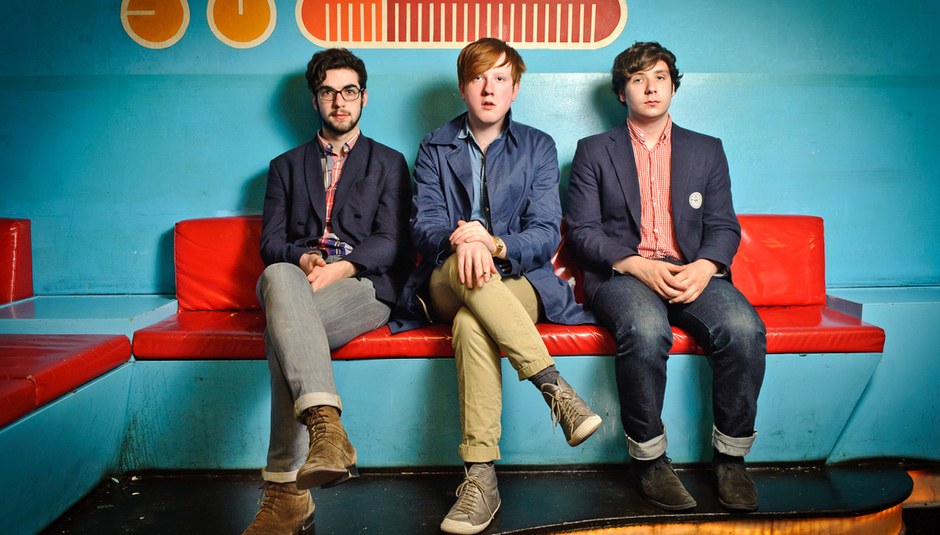 Kev Baird from Two Door Cinema Club gives us his advice on being a band from a small town and how to "make it" in the music world.

"First of all, lets cut the bullshit. It would be lovely but let’s face it, success doesn’t exclusively correlate with hard work. You could be the hardest working band in the world and have great songs and the perfect haircuts but still be playing the village pub after 10 years. The point to make here is that luck plays a massive part in “making it”. The focus of this article is therefore about ways that you can help yourself get to the point where people are interested in your music from the perspective of coming from a small town.

First thing to do is don’t forget the benefits of coming from a small town. You’re away from the city; there are not 50 other bands around who are much cooler and better than you are. This is a very important thing as it allows bands to go and find their sound and be the band they want to be. How many interviews have you read where big bands talk about how shit the first songs they wrote were? When you’re from a small town it’s only your mates who hear them at your first gigs rather than industry people. So by the time the industry do come to your gigs you have a polished live set full of great songs.

Second thing to do is to record every single song that you write. These days anyone can record a half decent demo. If you can’t do it, learn. Download Logic from bittorrent (come on, we’ve all done it) and then all you need is a shitty interface and one condenser microphone. Steal the microphone from your school’s music department (that’s what we did). If someone is interested in your band (i.e. an industry person) then they always want to hear more. Having a 2 song demo CD is nothing compared to having 5 banging tunes on a copied CD-R to throw in their face.

Play lots of shows in your hometown and build a following. The first place you want a manager/label etc. to see you play is in your small little town in a packed room of your fans. Put off playing in London as long as possible. If you're in contact with a manager or label and they say they will see you when you play in London it probably means that they are not interested enough in you to go further than their neighbourhood to see you. This is a really good thing. It means when people from the industry do come out to your little town (especially for us when they had to get a flight) you know that they have a genuine interest rather than someone who just wants to see you because everyone else is.

Preferably you want to get a manager and booking agent first, then lawyer and then a record deal and publishing deal. Don’t try to go straight in with a label. Although never turn down a free meal. If they want to meet you then never turn them down. Just be ambiguous. Never say you're not looking for a label just yet. They will move on to the next band. Meet them, chat, and be confident. Don’t be intimidated by who they are. At the end of the day they are meeting you because you wrote great songs.

Go on tour! Tour tour tour! It’s hard work but it’s definitely worth it. You’ll also have the most fun of your life. Try and get some good support slots. It’s very important that you support the right people though. Don’t think about things in terms of the amount of people who’ll be at the gig. We learnt the hard way by doing a few support slots for The Wombats. You will be associated with the people you support. You will never get many new fans doing support slots, the people will like you but as soon as the headliners come on you are easily forgotten. Support slots are very useful though. You learn a lot from them and you get more experience of playing to a bigger audience and on a bigger stage.

First thing you release should be a little limited print un-commercial single. Keep it cool. Do it as a 7’” and download only. Everyone loves vinyl. Preferably do it on a pretty small cool label. Look at La Roux. Unquestionably pop but she did her first single on Kitsuné, which made her that bit cooler with the indie kids. Also having a banging remix helps. Again for example La Roux Scream remix.

I basically have tried to give advice to bands coming from remote areas like us. By no means is there a formula to follow but a lot of the advice comes from our experiences and mistakes. By no means do we consider ourselves as having made it but we have got ourselves to the point where we have the opportunity to make a career out of our band. You have to be smart, you can’t be the person in meetings who gets drunk all the time and says clichés like “it’s all about the music.” If writing songs is all you want to do then you need to be in a place where you can support yourself by doing that alone. Being in a band is a creative thing and you should never lose that but it’s also important that you treat your band like a business. Know everything that goes on, be a part of every decision that takes place. Finally be confident. Know that your songs are good songs. It’s human nature. You are naturally more attracted to people you are confident. Be confident, not cocky."

The deluxe edition of Tourist History is out now. Two Door Cinema Club release their next single 'I Can Talk' on the 1st November.