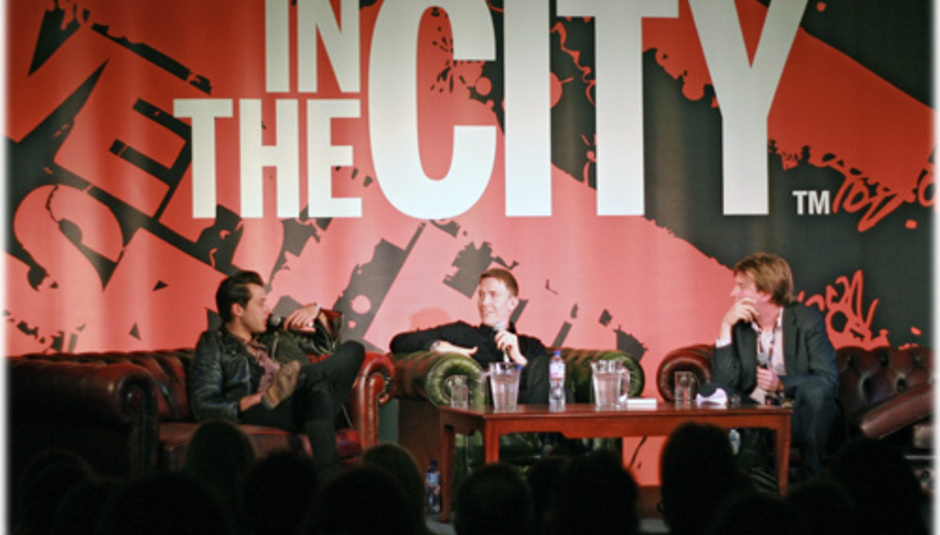 And so as Manchester lurches into Autumn 2010, all bronzed up (well, those that left the country anyway) and raring to go for one of the busiest gigging season’s yet witnessed in this North West corner of the country, there’s firstly the rather pressing matter of making sure that in the upcoming months of sticky floors, sweaty intimacy and great music, one of our lot doesn’t get left behind…

As music lovers in Brighton can sadly attest, it only takes one person to bring down a venue - no matter how established or loved it is within the community. The passing of the Freebutt this year was felt by independent promoters, local musicians and venue owners nationwide as an essential part of the south coast city’s live network was snuffed out without much of an afterthought to the hundreds of people it would affect. Well, it’s happening in Manchester too; in February some local residents complained about the noise-levels coming from stalwart bar venue Saki, situated at the head of Rusholme’s Curry mile and so its license was revoked. The appeal to rescind this is on September 20th. The fact that this stretch of Oxford Road is known for its 24 hour bustle of bus traffic, late-closing Curry houses and street activity seems lost on the complainants; in fact if you step outside Saki Bar during a gig night you’d be hard pushed to hear much more than the odd snatch of bass amongst the surrounding melee it finds itself located in.

There’s far more than pedantry as to why the venue needs saving however. For a place situated away from the city’s traditional live music hub of the Northern Quarter, Saki still in many ways acts as a centre point for the local music community at all levels. For budding independent promoters it provides an easily affordable (free to hire on weekdays, free on weekends if £100 taken on the bar,) and more importantly welcoming place to take their first steps in live promotion, while for the more prominent - like the wonderful Underachievers night - it provides a permanent home thus allowing nights to build a personality as opposed to having to jump about from place to place. For local bands it gives a stepping stone - with an upstairs and downstairs capacity of around 200 each – between the scattered bars of the Northern Quarter and the likes of the Ruby Lounge, Deaf Institute et al. For those further a field too it provides a low-key, pressure-free environment for which a band can introduce themselves to the city, in some cases triggering a love affair with our area – Deerhunter played their first Manchester gig at Saki and have returned to the city many times since, whilst Dananananaykroyd can also be counted among its past performers. The customers, of course, are treated with the same respect and courtesy as all of the above; Saki doesn’t always win points for style, but it provides a vital, communal service for those in the local scene of all occupations.
Since February the police have made regular visits to the venue to assess the sound levels and have left satisfied each time; the venue has signs urging its clientele to leave quietly at the end of a night and conducts regular noise level tests. All it needs now is voices of support, whether you’re reading this as a Mancunian resident or not, what matter’s is that this is a venue, like many others in the country, that stands out from the identikit Academies and sponsored cattle barns, an individual and vital part of the country’s independent gigging network.

To try and list EVERYTHING worth going to see in the next month or two is, quite frankly, a foolish task which you should all feel guilty for even suggesting I attempt to do – instead why not tell me what I’m about to miss down in the comments section below this article. What I shall do is take a nice arbitrary number of, say, NINE things you should be looking to check out in the next few weeks...

Hopefully you read the first part of this column, which means this is a must. Possibly (but let’s hope not) the last Underachievers at Saki Bar, tonight features ex-yourcodenameis:milo guitarist Adam Hiles’ excellent new group Mammal Club who deal in a dark hue of atmospheric pop. Local to the bill are buzzsaw noise merchants Dinner Party and the 60’s-indebted snarling rock of King Tree & The Roots.

One of the Drowned In Sound boards’ own, M-I-E, is upping his promotional sticks from London and has already announced a string of North-western gigs including Grouper at the Islington Mill on November 4th. Long before that though, he’s bringing the simpering instrumental loops and luscious drones of Ohio’s Trouble Books to the Northern Quarter, with support from Irma Vep (we mentioned him in the last column ‘member?) A more than pleasing addition to the area’s many promoters.

Underachievers-centric again; this time though they’re joined by other local promoters You! Me! Dancing!, Pull Yourself Together, Young Adult Friction and For Folk’s Sake to take over the Deaf Institute with a handy looking line-up headlined by woozy American dream-pop group Here We Go Magic. Choice local acts include the much vaunted D/R/U/G/S and their liquid rhythms, with Mazes providing a polar opposite lo-fi squall of sound. For Folk’s Sake offer the delicate harmonies of Chorlton’s Samson & Delilah in the basement meanwhile, at an event celebrating the diversity of the current music scene.

AV pioneers Hexstatic make a one-off stop to Manchester; Stuart Warren Hill and Robin Brunson have mixed video animation with their ever-shifting journeys through electronic music seamlessly since 1997, and remain as vibrant live in 2010. As ever, Sound Control does a good job on providing local support, most notably the murky glitch and panorama of trip-hop trio From The Kites Of San Quentin.

Withington, widely regarded as a rarefied haven of tranquillity where social classes all and sundry greet each other with a smile and a nod (ok ok, so I live there) is home to Fuel, a tiny but lovely café on the high street. How this Feast of Fuels is going to pan out in the venue’s more-than-intimate upstairs is as worthwhile a reason to go as seeing the musicians playing – themselves very good too. Cats In Paris are obvious standouts, but those of a folk/acoustic leaning should enjoy Liverpool’s Stealing Sheep, not to mention Mancunian collective Sophie’s Pigeons.

Last seen in these parts supporting Caribou in April, Gold Panda’s headlining show here comes in support of debut album Lucky Shiner – released on October 11th. Live the laptop artist is a mesh of frayed glitches and crackles underpinned by a stoical low-freq; however, he supplements this with a hi-end that never loses a lightness of touch, providing a contrastingly melodic partner to his tracks. Freakin’ aces, basically…

…The trouble with going to number 6 though means you miss this in a frankly pickling clash of gigs. This co-headlining tour features an Errors riding high off the back of their acclaimed second LP Come Down With Me, while The Twilight Sad’s quite disarming mix of emotional honesty and brutal power make them one of the finest live bands these shores currently possess. Crumbs.

It’s not a Drowned In Manchester column without mentioning [http://www.myspace.com/wotgodforgot])(wotgodforgot). But then he will keep putting on good line-ups; this one features New York’s Mice Parade, the ever-revolving ever-genre spanning collective, with support coming from the captivating Norwegian singer and multi-instrumentalist Silje Nes.

There will be a lot more on this in the next few weeks, not least because us here at Drowned In Sound’ll be celebrating our 10th Birthday during it with No Age. With a concentration around the Northern Quarter to heighten the festival feel, and with one of the most interesting line-ups for years, the 2010 In The City looks to be making a real effort to move away from the industry-heavy atmosphere of the past in order to provide a three days that caters for both industry folk and gig goers alike. S’gonna be class, like.

Released on September 13th, Denis Jones faces the same problem as many loopsmiths, namely how to re-construct his ever towering live structures successfully on record. It’s made all the harder for Jones given the off-the-cuff nature of many of his live performances as well as the raw intensity his vocal brings along with it. Second album Red + Yellow= doesn’t quite match his stage show but it’s getting closer; a stripped back feel purveys throughout the album and there’s the notion that it’s been created to be performed live rather than representing the exploration of the studio. There’s constancy throughout as acoustic guitars are licked at the edges by electronic clicks and clacks – the latter proving the sole but surprisingly full percussive spine. Vocals breathe and disperse through songs, with the highlight being the stirring eight-minute opus of ‘New Note,’ a piece that refuses to settle on one constant crescendo build, instead morphing and shifting to fit in incoming textures.

As is most people’s wont these days, I’ve drawn up a Spotify playlist of all that I’ve mentioned above (or all that are on Spotify anyway.) There’s prime JAGing opportunity below in the comments section, or alternatively shout at me on Twitter with everything I’ve omitted. I can take it, honest.