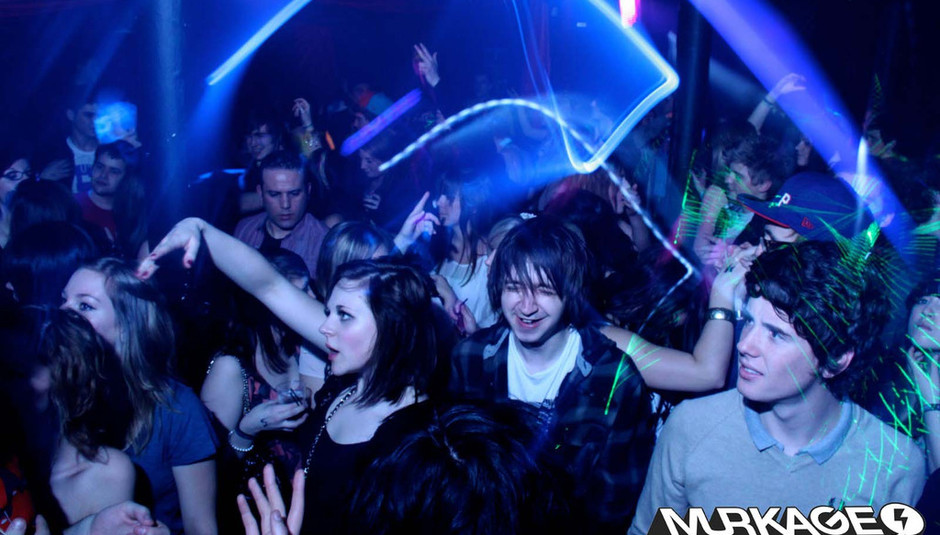 Welcome to the third installment in our guide to local scenes from our local scribe in Manchester...

May and June have been ridiculous. Sounds From The Other City, MAPS, FutureEverything, Eurocultured, Hungry Pigeon, Dot To Dot, Platt Fields 100th Anniversary and Parklife. I can’t even count how many festivals that is (oh wait, yes I can - it’s eight,) I made two and a bit of them: Dot To Dot impressed on its maiden voyage North and Sounds From The Other City proved an all round delight; a wonderful mix of local artists with off-kilter visiting acts (not least the phenomenal Chrome Hoof,) a collection of diverse venues (St. Phillip’s Church proved a suitably atmospheric cavern for singer songwriters Jo Rose and Jesca Hoop,) and a generally warm atmosphere as punters enjoyed their day off the beaten track (sorry Salford.) Manchester Scenewipe concocted a fine highlights selection, which you can view below:

I was also going to write about appearances in the national media by the outspoken blog Fuc51 in the ‘Recently’ section, but in the final throes of editing this piece news broke of the sad passing of Chris Sievey, aka stalwart comic and musician Frank Sidebottom. Despite suffering with cancer, Sievey was still touring a full schedule, but was found collapsed at his home in the early hours of June 21st. Whilst it would be disrespectful of me to claim that I knew more of him than the numerous TV appearances and odd side-splitting live performances I’d witnessed, what I feel I can say about the comedian was that he managed to connect with the whole of Manchester - not to mention many beyond. Whether a producer or promoter who’d worked with him over the years, or a band who’d only been in the city a few months - you can guarantee that all of them have warm recollections of witnessing, or performing, on the same bill as Frank. Few performers in Manchester have received such sustained goodwill throughout their career, testament to the man both as a performer and as the person underneath the papier mache mask. RIP Frank, you’ll be sorely missed.

Readers of the previous two Drowned In Manchester columns have probably gathered that my knowledge of the city is somewhat blinkered, there’s a great deal going on that I know little about - and being given just one view of the city’s boring right? With this in mind, this month sees another contribution from someone far more in tune with the various cultural workings of Mancunia. Sapnarella is ubiquitous within the city’s dance and electronic scene and has event managed at FutureEverything, In The City and the Manchester International Festival, amongst others. She also DJs as part of collective Shoplifters as well as with Murkage Cartel, and kindly wrote about both this and a few more examples of Manchester’s vast club scene. “Murkage Cartel are a collective of MCs, DJs, designers and promoters; we started out as Monday Murkage, covering all things bass and hosting the likes of Rusko, Wiley, Example, Jack Beats, David Rodigan, Drop The Lime and AC Slater. It’s now moved to Thursdays and will be back in September at a brand new venue after a summer of festival dates and the release of the first Murkage single. Check out Murkage TV for a taster of the night’s vibe.

Manchester's club scene is currently thriving, from the all-night 80 person rave in the Seven Oaks pub in Chinatown to the stellar line ups of the 2000 capacity Warehouse Project. And everything in between. A positive trend we're seeing at the moment is club nights working collaboratively - for instance a while back we had DJ Zinc play Murkage vs. Contort Yourself at the Roadhouse. Starting out as an indie/electro hotspot featuring artists like Gossip and CSS, Contort is now one of the best monthlies for disco, house and bass music with a guestbook that includes Toddla T, Fenech Soler, Buraka Som Sistema, In Flagranti and Totally Enormous Extinct Dinosaurs.

Also repping bass and electro, albeit with a more hyperactive punch, is Banana at Joshua Brooks. Though fairly new, it’s hosted Drums of Death, Zombie Disco Squad and Cheap Thrills’ Detboi. Miami is another that’s new on the scene, taking place at the recently refurbished Sound Control and specialising in the sort of dubstep that makes your insides wobble. It’s headed up by Jayou, a young local producer who is churning out some killer tracks and doing big things with the Mad Decent label, including a remix collaboration with Diplo. Watch this space.

Drum & bass has healthy representation in the city with Religion at Sankeys and Hit & Run, originally founded by Riz Ahmed (aka Riz MC) of Four Lions fame, now at Fac251. Manchester also boasts some of the genre’s best MCs including Tonn Piper, Mad Rush and Skeez, between them they hosted sets by Roni Size, Andy C, Danny Byrd and High Contrast at this year’s Parklife festival.

Other club nights of note, and yes, all coincidentally at the Roadhouse, are Hot Milk for dancehall and bashment, Hoya Hoya, who cover dubstep, garage, funky, hip hop, soul and more; and Cutloose, who take over where legendary Manchester night Electric Chair left off, with house, disco and techno. We love bands in Manchester, yes. But in 2010 it’s all about the DJ.”

Sapnarella’s Summer Mix can be listened to at Mixcloud. With no Drowned In Huddersfield to speak of, we’re adopting singer and multi-instrumentalist Charlie Barnes. Geekk is an astonishingly ambitious debut LP whose creator’s vocal acrobatics are matched only by the bittersweet glitch pop he surrounds himself with. Songs like the breathy, looped wizardry of ‘Bedroom’ at times feel hemmed in by the compressed production, but that doesn’t detract from the majesty a truly promising album. Out now. Anyone that’s a fan of local ramshackle noiseniks Klaus Kinski may be aware of Edwin Stevens. Irma Vep is the side project of the Welsh-born musician and is a deranged, drawn out drone of a record, punctuated with lacerated glottal stops. Stevens hangs conventional blues on a rack and pulls at the levers to leave it writhing and groaning, involuntarily splintering out fuzz and distortion; within that though, on tracks like ’Mow Mow,’ there lies the influence of more European krautrock and psychedelic leanings. An uncomfortably thrilling listen.

The Steals are formed around the wispy vocals of the elvish Jayn Hanna. On Static Kingdom their music feels as if it’s draping itself loosely over an earthy summer’s twilight, the type of July-evening post-sunset where the senses fully re-awake after the heat of the day. With more than one instance of repetition over a gradually swelling motif, The Steals are rooted in dream-pop but their approach leans more on simple folk-based persuasions that are then pulled apart at the seams to release swathes of reverb and delay. Out July 5th.

So you know how it goes with summer; most of us bugger off to countryside fields, drink litres of cheap cider and give/lurch disgustedly away from free hugs - all in the name of festival going. Manchester however hasn’t really read the memo on this and this summer’s littered with alluring gigs alluring for those staying city-bound. Now Wave’s monopoly on all things Pitchfork-approved and slightly below the surface would be slightly worrying - as would any monopoly - but when they do it so well (as well as throwing in a free club night every Wednesday) it’s hard to moan, not least when they show an openness to team up with others in the city. Highlights of their upcoming schedule include collaborating with Tramp! to bring us Holy Ghost!, and wotgodforgot to put on Silver Apples (the latter supported by sublime loopsmith Denis Jones) at the Deaf Institute on July 8th and 28th respectively. They go solo in welcoming Wild Nothing to the same venue on July 29th before finishing the month with Pineapple Folk! and chillwave buzz artist Toro Y Moi on the 30th. The real coup for the promoters though has to be a reformed Wu Tang Clan at Manchester Academy on August 3rd. Aces.

SJM don’t get much of a look in in Manchester, but the notable gig they do have on the horizon is a cracker - nu-gaze trio School Of Seven Bells play the Ruby Lounge on July 19th to promote second LP Disconnect From Desire; meanwhile, Ciaran Cullen - aka wotgodforgot - has managed to entice the minimal electronica of Pantha Du Prince to the same venue (the same night as Wu Tang Clan, clash fans.) Before allll of that though, Working For A Nuclear Free City begin to build momentum for their new album at Sound Control on July 2nd though a gig which might trump the lot of those is a freebie: singer-songwriter Paul Thomas Saunders caught the eye at last Autumn’s In The City with his solely constructed leafy pop, and he’s joined by fellow solo artist Eleanor Lou, the sweeping ambience of Borland and lo-fiers Sex Hands at An Outlet on July 3rd.

The end this month comes with a Youtube playlist featuring some 29 videos from pretty much every local artist mentioned in the past three issues of Drowned In Manchester. The playlist? You’ll have to read the articles to find out (or, I think Youtube just shows you it to be fair…)

As usual, drop your own recommendations in the comments below, or tell me I’m a massive dunderhead for omitting you @essjaycats over on twitter.