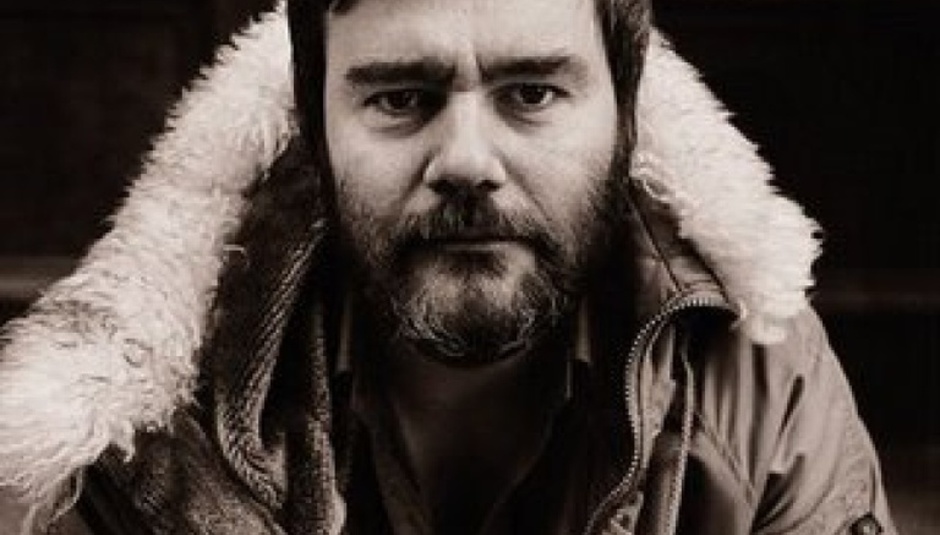 “No one really writes honest, hateful love songs. The kids never hear it like they should hear it – they should know about the farting, the fighting and the fucking, the pain and the pleasure.”

That was Aidan Moffat in the 90's, the decade his band Arab Strap released their cult classic, The Week Never Starts Around Here. A debut that took the reportage of Parklife-era Britpop to the pubs and clubs of Glasgow, whose first single was a true-to-life account of the drinking that surrounded Scotland’s losses at Euro ’96, it introduced us to a lurid, filthy and uniquely celebratory world that was you really believed existed. With his lyrics of STD clinics, one night stands, hangovers and bodily functions, Moffat soon established himself as laureate for a particular way of life, and perspective on romance, that has rarely been documented in such detail again.

This year, the band’s label, Chemikal Underground, who also look after Moffat’s steady stream of post-Arab Strap releases, are celebrating its own 15th birthday with a series of reissues. Fans might be aware of a deluxe vinyl boxset, Scenes of a Sexual Nature, which hit shops earlier this summer. Now that seminal first album, and its follow up, Philophobia, is being made available as a double-CD, along with assorted BBC recordings and a Peel Show recording of the band’s first ever gig. Sensing an excuse to speak to one of my favourite people to interview, and the only trustworthy Batman encyclopedia on the market, I called Moffat as he was preparing to pick his toddler son up from playschool. I found him in a laid-back mood, after a summer mostly spent on artwork for the first lot of vinyls, and the occasional outside artwork commission. There are no plans for an Arab Strap reunion to follow these releases, nor, indeed, for promotional activity of any kind. Aidan has, however, written and directed an extremely moving piece of cinema called Arab Strap is Dead, to coincide with the CD reissue. Described on its YouTube channel as 'a brief, intimate portrait of an artist past his prime', it is an artful and harrowing work merging monologue with XXX shower scenes, and may one day provide vital background on motive, should anything happen to Malcolm Middleton.

The last time I interviewed Aidan, after the release of Valentine's album How to get to Heaven from Scotland, he made mention of plans for writing projects, including a children’s book about a bi-polar donkey. He’s since had a short story published in a Scottish anthology called The Year of Open Doors, and has transferred the donkey idea from the page to the audio, hinting of a potential album of children’s stories. “I'd like to do a kid’s book,” he said, “but it’s getting into a whole new world. I know how records work, so I thought I’d give it a try.” He’s also been trying to drum up support for a collaboration with the comic artist Frank Quitely.“He’s quite rightly regarded as the best in the world. He’s an absolute genius. He’s won all sorts of awards for Superman and Batman. We’ve been trying to do a kid’s book together, but it’s difficult. The publishing industry seems even more complicated than the music industry, but you’d have thought someone would be interested. He’s sold an inordinate amount of comics and I’ve sold a few records, so there’s a fanbase there already.”

Aidan is demonstrably a remarkable writer, and his knowledge and love of comics is legendary. It would be a real shame if this collaboration didn't come to fruit. In the meantime, however, there’s music. In October, he releases a ten-track 7” made in another collaboration, with Domino-signed instrumentalist Bill Wells. (“Apparently everyone’s got a short attention span these days, so I thought I’d make an LP on 7”.") There might even be a Twitter profile on the horizon. But don’t get him started on electronic books:

“I’m sceptical...I think the concept of the printed book is ingrained in humanity, I can’t see the world changing as much as they expect it to. The point of literature is to engage your imagination, and the more information you provide on different platforms, the less the imagination’s engaged, surely. [On the subject of comics] I’ve looked at a few online and downloaded a couple to see how it works. When you look at it on a screen, it’s bright and it’s garish. It’s less involving. Because of the way [comics are] fundamentally a print medium, the colours and the inks are designed to work on paper. It just looks better that way than on a computer. You have to choose your platform, and it will work on one or the other, I don’t think it’ll work on both.”

Until the publishing world pulls its socks up, here’s Arab Strap is Dead: