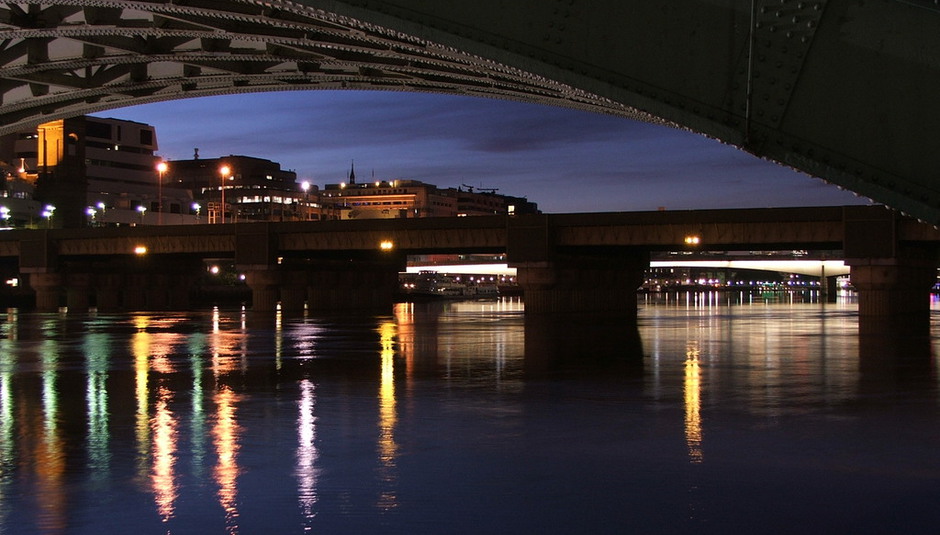 As part and parcel of this week’s set of features exploring the myriad sounds and styles that have emerged out of dubstep and grime, this is the first in a monthly column series that will look at the same regions. As the broader bracket of ‘bass music’ has expanded to such an extent as to be largely redundant, taking in all manner of regional house variations (kuduro, kwaito, et cetera) and the slumped, psychedelic hip-hop of the LA underground, the aim with Subliminal Transmissions is to take a specific focus on UK-centric post-garage music: dubstep, grime, garage, funky, whatever-you-wanna-call-it.

Usually, alongside a handful of particularly relevant or prominent releases for the month, this column will largely focus on interviews, thoughts and ideas. As there’s no shortage of the above in this week’s featured content, this first edition is a little different, drawing together what should hopefully provide a decent overview of some of this summer’s best and most anticipated releases, and giving a reasonable point at which to begin the wallet-destroying practice of 12” acquisition. We’ve also got this, the first Subliminal Transmissions Mix, bringing together tracks from each of these releases into a short, sweet and suitably shapeshifting whole.

This latest release from dubstep’s most revered initiator, Mala of Digital Mystikz, arrived in a dizzying whirl of anticipation. In some ways it’d be easy to ask where today’s fractured landscape leaves a musician who sticks steadfastly to a rare aesthetic. That question has certainly been posed recently, but over the last few years he has elevated his stripped-back, dubbed-out sensibility to high artform; there’s still no one else who can wring so much life and soul out of so little. The sudden rays of sunlight that blast through the chilly dissonance of ‘Eyez’ and the thundercrack snares of ‘Mountain Dread March’ are highlights, but there’s very little here that’s less than totally immersive. After Return II Space’s all too short half hour of gorgeous London atmosphere, you leave with the feeling that neither Mala nor anyone remotely interested in his music cares whether or not he follows his own well-worn trajectory. Especially not when the results are so consistently vital.

London’s shadowy LHF collective are among the most fascinating pieces of the city’s musical jigsaw I’ve come across in quite some time – not merely for their music, but also for the way they present it to the world. Their music emerges precociously fully formed from almost total silence, appearing in radio shows and their series of free mixes, and so ties them to a pre-internet pirate radio age. Their debut 12” release offers a head-oriented tryst through the darkened corners of a hidden London, one from which they’re only beginning to lift the veil. Think Burial, think Flying Lotus, think Dusk & Blackdown’s own Margins Music album, even think Indiana Jones, weirdly enough.

When a brand new artist releases something on R&S you know they’ve got to be worth something, and Pariah’s shimmering debut ‘Detroit Falls’ most certainly was. His six-track follow-up manages a peculiar feat: it’s even better, despite making it even harder to tell exactly who or what Pariah is. Opener ‘The Slump’ ought to appeal to anyone who’s ever had even a passing fancy for Burial’s nocturnal garage, while ‘Prism’ is a heady cocktail that refracts Joy Orbison’s expansive house hybrids through an ocean of cosmic disco. Elsewhere, there are stabbing, Hessle-style grime kicks and bleepy hip-hop a la Glasgow – and although Safehouses still sounds like the work of a producer discovering his own unique identity, it’s remarkably full-bodied nonetheless, and worthy of time spent accordingly.

Bristol’s been leading the pack for synth-led music recently, and outside of the ‘big three’ – Joker, Gemmy and Guido, whose Anidea album is one of the year’s best – there are a host of smaller names putting together material that’s just as easy to love. Superisk’s Find Your Way EP is due in September and sounds like very little else out there at the moment (in the best possible way) – it’s some kind of fiendish combination of grime and R’n’B, and makes the most of what I’m pretty sure is a cheeky RPG sample.

Meanwhile, Hyetal’s new release on Orca Recordings contains, hands down, some of the most beautiful music I’ve heard all year. If there's one release you really ought to buy this month it should be this one, regardless of whether you'd usually splash out for vinyl: the artwork is a thing of real beauty and what's contained within is even better. ‘Like Silver’ shuffles along at a languid pace before suddenly accelerating in its final minutes, but ‘Phoenix’ is where the real heat’s at, chilling on a snowy slope while the Northern Lights trace unfathomable patterns in the skies above. It's my favourite electronic track of the year so far, welding the spirit and atmosphere of eighties funk to a modern bass chassis, and it's fucking triumphant. You can hear it about halfway through the first Subliminal Transmissions mix, ripping its very fabric apart. The Hessle Audio stable’s shattered rhythms and flickering melodies are unique even among the shifting world of UK bass. Ramadanman’s ‘Work Them’ has already become something of a club smash, its 808-heavy juke drums and maddeningly repetitive vocal the backdrop for a surprisingly emotive piece. The same is true of the solemn beauty of ‘Fall Short’ on the flipside, and his more recent white label heads off in a slightly different direction again: ‘Grab Somebody’ fuses Cooly G and Martin Kemp’s mutant house to psyched-out DJ Nate vocals. What constantly elevates Ramadanman’s music so far above his competitors is the amount of emotion he seems able to pack into ostensibly minimalist music – everything here offers proof that a ‘less is more’ attitude can offer genuinely stirring rewards. Joe’s music is a little less forthcoming, this jazzy release for Apple Pips providing a more contemplative, but equally excellent, foil to his busy Claptrap EP.

The don of instrumental grime has had a seriously busy year, with what has seemed a never-ending stream of releases on Hyperdub and Mu. The appropriately named Power Grid EP sounds like someone’s rammed an overhead cable up early Wiley’s backside and captured the resulting explosion on an IR-sensing camera. This is obviously entirely a good thing, and signals a further upward shift in Danjah’s already escalating trajectory.

Ikonika’s first new material since her masterful Contact, Love, Want, Have album shares more with the thoughtful first half of her album than with its rocked-fuelled ending. The title track’s elegiac drone does justice to the description of her synths as ‘singing’, and ‘Ingredients’ is the closest thing she’s done in a while to her earliest Hyperdub tracks. ‘Shouldn’t Be Here’ is the gem though, a lonely wander through pre-dawn city streets.

Kidkut’s been involved in Bristol’s bass scene for a seriously long time – he heads up the Immerse label, which is responsible for some of the city’s deeper, darker emergences. So his debut 12” is a surprisingly lighthearted affair; a welcome development, as the insectlike broken beat of ‘ILove04’ skips through a forest of vocal snippets, and ‘Lilt’s rainforest house buzz perfectly matches its namesake.

Cooly G – Up In My Head/Phat Si [Hyperdub]

If you hadn’t been paying attention to her neverending stream of underground Dub Organizer EPs, you could almost be fooled into thinking tuff London houser Cooly G had been all quite since last year’s excellent ‘Narst’, also on Hyperdub. Her second vinyl release fits a similar mould to the first – ‘Up In My Head’ is a smoky, vocal led broken beat track akin to ‘Love Dub’, and ‘Phat Si’ ramps the pace up, its tightly syncopated snares bringing to mind a group of buskers bashing on bin lids. But what really captures about Merissa Campbell’s music is the way she seems effortlessly able to distil all the best elements of the genres she orbits – deep house, funky, dubstep, garage – into something that sounds like nothing other than Cooly G. On listening to this 12” you’re immediately transported to a slightly different world than the one you were in before, perhaps coasting along the South Bank of the Thames in the soft glow of the hour just before dawn.

More to come in a month’s time – and in the meantime, the first Subliminal Transmissions mix gathers together these tracks and more into a concentrated burst of electronic goodness_