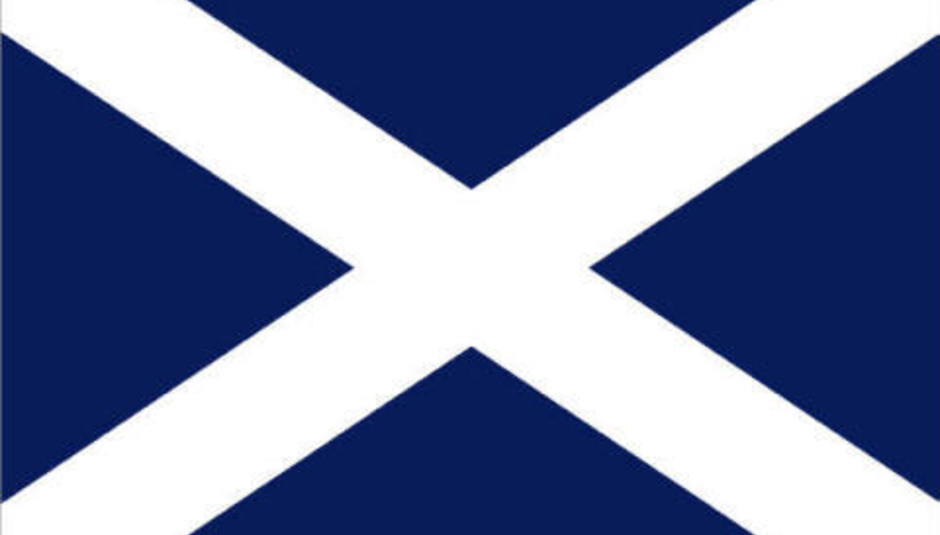 One nice way to nudge this column away from being purely Edinburgh-focused, as it was last time, to being a little more representative of the rest of Scotland, is to start off by talking about Sparrow & the Workshop. They get on equally well with people at both ends of the M8 and seemed to grow their audience all across the country at pretty much the same rate. Consequently, I think the success of their debut album Crystals Fall is something which will please Weegies every bit as much as Edinbuggers.

I also mentioned in the last Edinburgh column that the Edinburgh/Glasgow divide was at its least prominent amongst the amateur, online press, and this was emphasised last week by the first of what we can only hope will be many Bloggers' Delight nights, curated by the likes of 17 Seconds (Edinburgh), Peenko and AyeTunes (Glasgow).

So as long as this kind of thing is encouraged as much as possible, all this Edinburgh vs. Glasgow pish should hopefully be shunted into the background and bloody well stay there. It’s a tradition, and it’s quite funny at times, as long as no-one takes it at all seriously. Which we do.

And of course, as a great many football fans will frustratedly tell you, there is a lot more to Scotland than just the petty rivalry between the two heavyweights.

Festival season is sprouting its first shoots this month, beginning with the long-running Tigerfest, which sees gigs held under the same banner at venues across the whole country. And balls to Edinburgh and Glasgow, it's actually Fifers who end up with the big names on this one. In Dunfermline (imagine Woking, but will a bit less glitz and glamour) Malcolm Middleton headlines one night, and King Creosote, Rozi Plain and Withered Hand make up a Fence Records-curated lineup on the next.

There is also a Fife showcase on the final bill, and not one dominated by the kind of experimental folk often championed by Fence Records, Fife’s most famous musical enterprise. Ambulances came out of nowhere (well, Kirkcaldy actually) last year to win an awful lot of critical acclaim with their cracking debut album The Future That Was, and they're playing alongside Vertis and Crayons at the final Dunfermline Tigerfest show.

It continues thick and fast, with Stag & Dagger returning to Glasgow in the middle of May. The lineup for this pretty much eclipses anything else happening in the country this month, with personal favourites Titus Andronicus, Wild Beasts, Django Django and Silver Columns on the lineup, along with many, many others. I can’t list them all – you are just going to have to look this one up for yourself.

Finally, spilling these listings into early June, there is music industry chat-fest GoNorth up in Inverness, taking place on the same weekend as the first of the big tent festivals of the season: Rockness.

I told you last month that pretty much every band in Edinburgh seemed to be recording an album at the moment. Well, many of those endeavours come to fruition this month, and it seems that Glasgow is enjoying a similar vein of productivity.

Mitchell Museum have a new album which, although hovering indeterminately on the verge of release, has been getting some really good radio play recently – record labels, get your fingers out! Woodenbox With a Fistful of Fivers and Ross Clark’s new project Three Blind Wolves just released their debut albums, the latter on the excellent Instinctive Raccoon Records. And finally one of the country’s most promising bands, Findo Gask, announced that they are going to finish their debut album… and then split up, the total bastards!

Meursault’s brilliant (full disclosure: I run their record label, so no surprise I think that) new album All Creatures Will Make Merry is out at the end of the month. Eagleowl released their new EP on Kilter Records just last week, which is slow, slow, slow stuff, but utterly spellbinding with it. Dead Boy Robotics are next up, following with a self-released EP in a week’s time. The Kays Lavelle, enthusiastically championed by Glasgow PodcART amongst others, are launching their new album Be Still This Gentle Morning on Glasgow label Wiseblood Industries, with help from the revived Scottish Enlightenment, and Penguins Kill Polar Bears have an EP launch at Sneaky Pete’s in June.

The Scottish Enlightenment’s own EP – really good, since you asked – just came out on Glasgow’s Armellodie Records, with an album to follow later in the year. Armellodie are a new discovery for me, and their roster includes Super Adventure Club, whose truly mental new record I never expected to enjoy, and ended up really liking. They, along with Instinctive Raccoon Records (Three Blind Wolves, French Wives, Washington Irving) are probably my two favourite new discoveries of the last month or two, both run by really nice people who go about things with the kind of refreshing sincerity and total lack of bullshit that makes you really want them to do well.

A couple of Edinburgh promoters have introduced themselves recently, too. One is Manky Bastard, whose bands tend to make a hell of a racket in venues like Sneaky Pete’s and The Hive, and the other is Braw Gigs. Braw Gigs tend to occupy a space which is equally composed of classical, experimental and folk, and they are planning to host gigs in places other than the usual clubs, pubs and dive bars where most independent music seems to take place.

Pick of the Gigs

In Edinburgh this month the This is Music birthday celebrations dominate the calendar. Taking place in Sneaky Pete’s, they will be happening on consecutive Fridays in May with lineups full of local bands such as Jesus H. Foxx, Bronto Skylift, We Were Promised Jetpacks and Meursault. This is Music started in Edinburgh four years ago and has since expanded to London and Leeds, and having just gone weekly here their fortunes should hopefully continue to rise – it is well deserved.

Sam Amidon is playing down in Leith on the 22nd May, in the incredibly cool Queen Charlotte Rooms (imagine a working men’s club decorated by your Grandma sometime in the late seventies) with support from Portland’s Loch Lomond (yes, Portland – they actually pronounce it Lock LeMonde, but I will be recommending that they modify that for their Scottish dates in case they get bottled) and Leif Vollebeck.

The brightest star in Glasgow sky for May is the Stag & Dagger Festival, as I mentioned earlier, but several venues have other good things happening.

The ABC on Sauchiehall Street has a couple of cult heroes on in May, with Dinosaur Junior on the 13th and then a rather intriguing set by The Bundles (Jeffrey Lewis and Kimya Dawson) on the 16th, in advance of an album release later in the year.

If you’ll forgive me some plugging, Song, by Toad Records is hosting a label showcase at Mono on Wednesday 19th May, with Meursault, Loch Lomond, who are also launching their Night Bats EP at the gig, and Jonnie Common.

Looking at the King Tut’s listings, the picks seem to me to be Holy Fuck on May 19th and new Domino signings Villagers on May 28th.

Over at Stereo we’ve got the Dum Dum Girls on 17th May, but my personal choice would be the searingly brilliant Micah P Hinson on the 4th June. On record his music is beautiful, but onstage, when he’s on form, all that passion just boils over and he can be absolutely incendiary.

And for any of you interested in seeing some of these Scottish bands down South, we have an all day Scottish Showcase booked at the Old Queen’s Head in London on Sunday June 6th, with Meursault, eagleowl, King Post Kitsch (a London-based Scot) and Yusuf Azak from Glasgow all on the bill. If you want to say hello, I will be the one stood at the back clutching a half-empty bottle of gin and grinning like a fool.