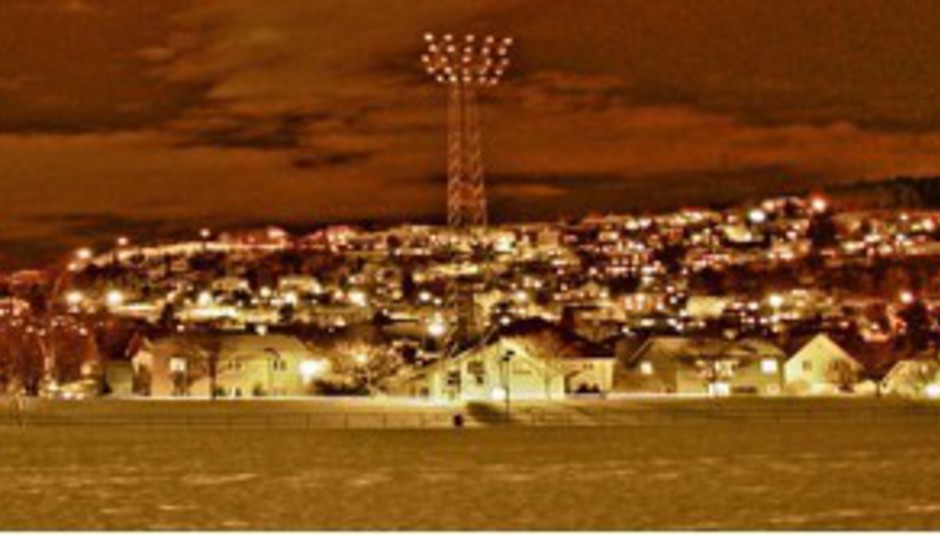 2009 saw the release of many exciting and innovative albums hailing from the Nordic countries, some of which stirred up substantial attention around our very own island.

Mew’s enigmatic No More Stories Are Told Today…, Röyksopp’s synth-heaven Junior, the Raveonettes’ fourth and most defining comeback In And Out Of Control and of course Fever Ray’s quirky yet captivating self-tiled solo debut are all bright examples. But there’s more to our northern neighbours. Underneath the snow and the polished surface of the mainstream music press these Nordic types have been incessantly composing, recording and releasing fresh-sounding records, a large chunk of which have been going largely unnoticed down here. But DiS is here to help! The following list, far from trying to be “the best Nordic releases of 2009”, sums up my favourite Nordic albums of the past year and introduces in no particular order one or two acts that are hardly known outside their respective countries.

Lama (NO) Look What You Made Us Do
Think twice before rushing into accusing Lama for their obvious Sigur Rós and Mogwai influences. The immediacy, grandeur, emotional climaxes, tension and dynamics of these ten compositions suggest that Lama are miles apart from being mere copycats of the aforementioned acts. Without falling into the usual minimalistic post-rock clichés they lead their ambitious sonic trajectory through dark and bright passages, pain and joy, tenderness and loss. myspace.com/lamamusic

Lama - Beginning from Lama on Vimeo.

I Got You On Tape (DK) Spinning For The Cause
I Got You On Tape’s alternative/art-pop is product of four longstanding members of Copenhagen’s indie, jazz and underground scenes. Spinning For The Cause is their third collective effort and it was released to rave reviews – it even got the P3 Guld award, which is apparently a big deal back home. The catalyst for their music is the inspired songwriting and the deep, hypnotic voice of Jacob Bellens. His troubled and fragile personality is reflected with a sincerity in his lyrics, and lines such as “sit on top of you and eat a ginger bread, to save you from a lot of your concern” show his dry sense of humour. This is how Elbow might have sounded if they resided in the Danish capital. myspace.com/igotyouontape

Kimono (ICE) Easy Music For Difficult People
Kimono are two Icelanders and a Reykjavík-based Canadian. For eight years now they have been crafting an explosive post-punk blend of Fugazi, Sonic Youth, and Shellac à l’islandaise. It is nothing less than astounding that Easy Music For Difficult People was recorded entirely live in the studio over the course of a long weekend! Claustrophobically tight, painfully raw, and staggeringly intense, its approx. 30 minutes showcase a mature, down-to-earth blend of rare quality and discipline, indifferent to international acclaim. myspace.com/kimono

Kent (SWE) Röd Kent have a proven love for controversy. Sweden’s most simultaneously loathed and praised band started in the mid-nineties as a guitar-based indie-act and, following an ill-fated attempt at the end of the nineties to conquer international indie-stardom with lyrics in English, they permanently switched to Swedish and focused on the Scandinavian market with great commercial success. Finally, two years ago they also decided to ditch guitars and opt for a Depeche Mode-like, synth-ladden sound at the expense of alienating a big part of their fanbase. Their eighth album Röd was recorded in Berlin’s legendary Hansa Tonstudios (David Bowie, Iggy Pop etc.) and goes further into that newly-adopted electronic direction, consolidating their dark, sublime sound. It’s up to you to decide if that’s your cup of tea.

The Little Hands Of Asphalt (NO) Leap Years The man behind The Little Hands Of Asphalt - Sjur Lyseid - is also a member of Oslo indie-outfit Monzano. His mesmerising, emotionally-charged melodies bring back memories of Elliott Smith and Bright Eyes. With Leap Years, Lyseid demonstrates an enviable ability – especially for a non-native English speaker - to put every-day situations in easily approachable, poetic lyrics without losing sincerity and straightforwardness, thus making this album an engaging and very enjoyable listening experience.

The Asteroids Galaxy Tour (DK) Fruit The Asteroids Galaxy Tour are a very lucky lot indeed. Not only was their song 'Around The Bend' selected for an iPod Touch commercial; not only did they succeed in signing up with Robbie Williams’ management, but also by setting up a company around Fruit they got a big London-based venture capital fund to invest in its release. Clever chaps! In purely musical terms Fruit, although not flawless in its entirety, is definitely not sour grapes. Their 60’s psychedelic pop, combined with Mette Lindberg’s resonating voice, Lars Iversen’s clever production and some Motown flair has got an original and upbeat feel. Many moments on this album hint to something very promising.

Sudden Weather Change (ICE) Stop! Handgrenade In The Name Of Crib Death 'nderstand? Iceland is not all about peculiar-sounding, tree-hugging elves and quirky divas. Sudden Weather Change come storming in, waving a handgrenade of noise menacingly at you. You’re in for a treat of fuzzy, overdriven guitars, solid basslines, screaming amp feedback and DIY ethic to the bone. Polvo, Sonic Youth and Dinosaur Jr. are their heroes. Stop! Hangrenade… is well-arranged, well-produced and above all impeccably performed. A grower that won’t let you down.

Loney Dear (SWE) Dear John Multi-instrumentalist Emil Svanängen carefully creates his gentle and euphoric soundscapes by using neo-folk as well as electronic elements. Dear John, his fifth album, finds him more personal and vulnerable than ever. The scarce arrangements create enough space for his soothing melodies and beautiful, introspective lyrics to shine through and make for a record with a distinctive sonic identity.

Rubik (FIN) Dada Bandits Name-checking Rubik’s peers might take a while, since their sound draws influences from anything from Arcade Fire, Animal Collective, The Flaming Lips, I’m From Barcelona or even TV On The Radio, and therefore making it very hard to distinguish any trademark element for this Finnish band. And this might be their biggest and only flaw. Originality problems aside, Dada Bandits is a brilliant record packed with clever and joyful, upbeat tunes.

Orka (FO) Livandi Oyða This is certainly not your average album. Livandi Oyða was recorded on a farm in the Faroe Islands back in 2005. All instruments heard on the record were built by band members, family and friends using scrap material and power tools. The only modern equipment they use to shape their sound are samplers and effect pedals, but no sound generators. The awkward, yet imposing and remarkably concise outcome was finally released in Europe in 2009, whilst they collaborated in some live appearances with renowned French composer Yann Tiersen, of the Amélie OST fame.