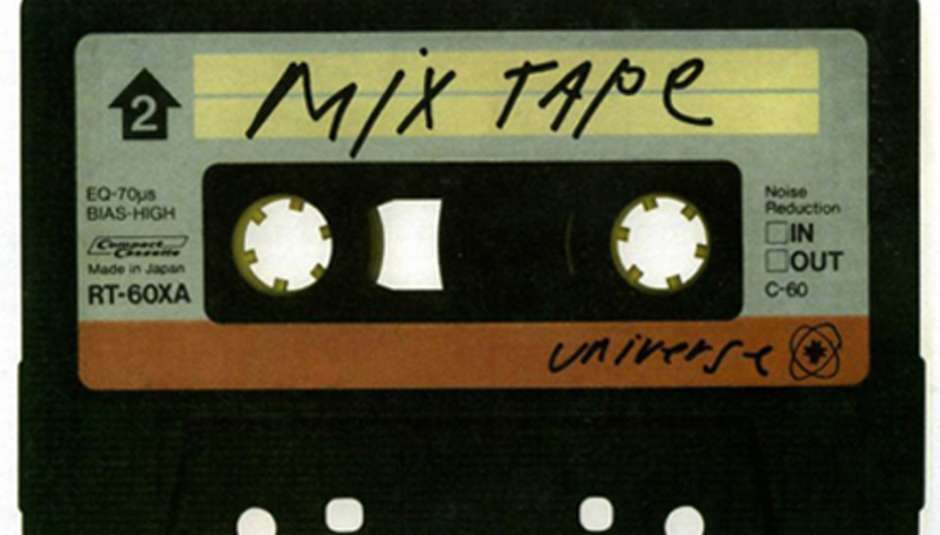 There's a lot of new music out there, that's for sure. So rather than just spew words at you about why you should be listening to band A rather than band B or C, we've decided to give you the choice - them, plus bands D, E, F, etc. - in the form of this handy (and, from now on, regular) DiScover Mixtape.

These, then, are tracks and acts our writing team have been enjoying of late - let us know what you think of them, and also this feature as a means of sharing new sounds. We're all ears... well, not literally. If we were we could probably listen to all ten of these at once. Now that would be an experience.

Brighton-based three piece Cold Pumas deliver the kind of forward-thinking rock music that has seemed so absent from bands this side of the Atlantic lately. Taken from a recent split single with Male Bonding, 'Altered Yeast' shows the band in full hypnotic, krautrock-influenced mode. Prepare to get lost in its pounding rhythms, twisted guitars and spectral vocals. Joseph Rowan

Sometimes, it's reassuring to see old faces making new music. The rather deafeningly named Greymachine (Synaesthesia... it reads 'loud' and 'metal' to my eyes!) consists in part of UK noise polymath Justin Broadrick and ISIS' Aaron Turner. As such, it comes as no surprise that 'Vultures Descend' is not for the faint of ear. That it's the most abrasive thing either has yet recorded, does, however. A blistering haze of snowstorm FX, grinding bass and feral howls winding out over 10 ear wrenching minutes, this hurts in the best way possible. Philip Bloomfield

'Year’s Not Long' is a dead fuzzy piece of Wipers-inspired, hardcore-infused, garage rock from these East London guys. Recently signed to Sub Pop, Male Bonding have been criticised for being a bunch of hipsters, and for saying 'dude' a lot. This doesn't work on two counts: firstly, in my experience hipsters know dick all about hardcore. And secondly, what's wrong with saying 'dude', dude? David Pott-Negrine

A most unlikely combination it may seem, but if 50s heart throb Bobby Darin fronted the Jesus & Mary Chain while Phil Spector fired blanks in the studio, it would end up sounding something like this. What's even more remarkable is that Spectrals aren't the latest offering from NYC's seemingly neverending conveyor belt of underground gems either. Instead, its the brainchild of the mysteriously enigmatic Louis and was conceived in Leeds earlier this year. Dom Gourlay

Proof that Brooklyn doesn’t have all the best tunes: The Beets are from Jackson Heights in Queens, and are obvious heirs to The Ramones' cartoon-rock throne. They're in possession of a reverb-drenched set of songs that sound like Ben Wallers from the Country Teasers fronting the Shangri-Las from inside a washing machine. Like the Brudders Ramone, the Beets really only have one song, which devolves into a gloriously scruffy racket at their increasingly over-subscribed gigs. Nick Neyland

Like much of the best pop music, the trick with Barcelona-based four-piece Delorean is simply not to think too much. Which isn’t to say it's unintelligent; their blend of synth, guitar, vocal samples and swelling beats is deft, to say the least. No, merely that to let it wash over you reaps rewards aplenty – you’ll then want to do it again, and again, and again and… well, you can probably see where we’re going with this. Think Cut Copy, think euphoria, think lush. James Skinner

'Ghosts on Tape' from Epic45's mini-album All The Empty Houses is naught but an extended childhood reminiscence punctuated by unwelcome (but beautiful) jolts back to cruel adulthood. A magical crash halfway through the track transforms the melancholia of the song into something wonderfully uplifting. The video fits perfectly too. Radhika Takru

Made up of members of Foreign Born, Glasser and Luke Top, Fool's Gold are soon to be LA's worst kept secret. Another one. However, there's nothing too familiar about their mix of beat driven Afro-pop and haunting Hebrew vocals. The guitar line is central to this summery, tropical song, skimming buoyantly over the saxophone - their jubilance is almost tangible. An eponymous debut album will be out soon via IAmSound. Brianna Saraceno

A lovely song about teenage spies in Belgium during WWI, 'La Dame Blanche' is the fourth track in the anonymous Welsh/English pop concern's ongoing internet music depository Arianna. See if you can hear the reference to "Gallons of coffee". I just did for the first time after dozens of listens. See also if you can ascertain what recombinant DNA is present in the songs on Arianna - I'm thinking Tito Puente and The Human League and Jimmy Smith to name but three. Listen and start unravelling the UK's newest musical mystery! Patrick Cronin

A close contemporary of Flying Lotus and occupying the same warped, sleazy territory, Nosaj Thing's awesome debut album Drift is likely to be overlooked come many end-of-year lists. 'IOIO' gives a little taster as to why this shouldn't be allowed to happen: a tiny symphony of nostalgic melody dragged along by an awkward, loping beat, it's easily the equal of anything on Steven Ellison's mercurial Los Angeles long-player. Rory Gibb

If you're in a band and would like us to consider you for inclusion on a future DiScover Mixtape, send us your stuff via SoundCloud using the link below - tag it 'DiScover'. Ta.

Send us your track