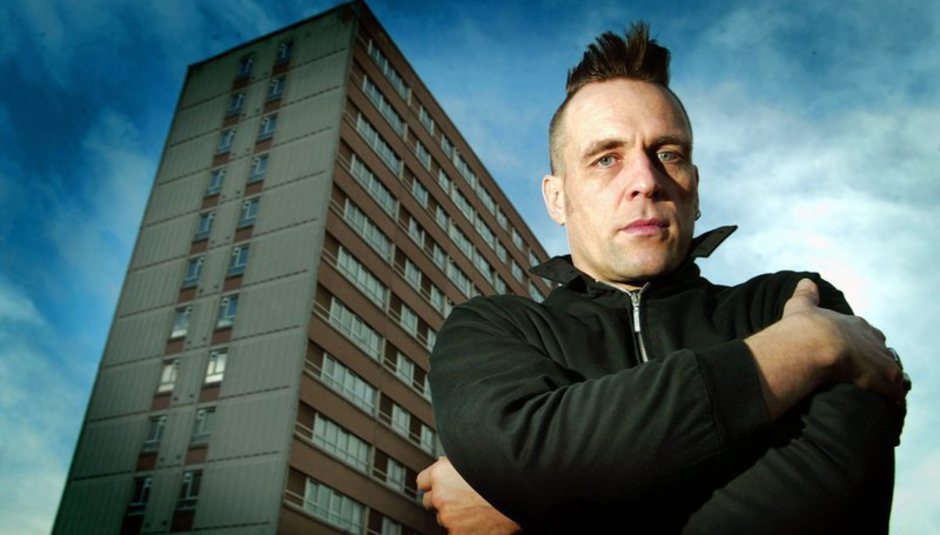 Electric rock’n’roll is going through my head.

Decide not to have a wank so I won’t lose my edge and walk to the other room in the flat and start typing. Got a mishmash of columns and articles to tap out. Got a head full of ideas, a zig-zagging machine gun of stuff – gotta get it typed up before it disappears into the ether.

Plenty of work got done last night when I got back in from watching couple of great local bands, one, Dirty North play a mash up of ska, hip-hop and razor-sharp lyrics like Antic Monkeys are rattling my cage. They were supported by Mike Garry, a fantastic poet whose Mancunian street poems will make him the poet laureate of Manchester within months. When I’m writing about stuff like this words come easy and I still operate under the age-old rule of never write the first paragraph till last. Never sweat over that first sentence – just get on with it, a few words in and the word spew comes and you can be sat in a daze with words pouring out till someone phones. Or you feel hungry. Oh shit I feel hungry. I then do about 15 minutes of yoga to keep these trusty old limbs springy and then I eat. I eat like a horse! Writing is hungry work.

I return to the laptop and continue writing and then editing. Gotta get these words down before the phone starts ringing or the Internet starts buzzing. When you are one they are many and you have to organise your life! DIY is the greatest idea but it means often booking band tours for my band Goldblade on my own, sorting out deals and doing loads of meetings, as well as writing and extra-curricular stuff like helping Blackpool council with projects to make the town look, well, different than the clichéd idea of it.

I rattle out a couple of columns with the music now cranked up to full. I love rock’n’roll and I’m putting another dime in the jukebox baby. Also loving these dubstep collections you can find on the net and loving the occasional new demo but also wanna hear some good time adrenalin punk rock, Black Flag’s Damaged…mmm…let’s put that on again – the infernal energy and righteous racket matches the mood perfectly, will relatively chill out with the dubstep later.

Midday, go for a meeting with some heads who want to start a record label with me, it goes well, then have to record some TV stuff, not long after that I have to rehearse Goldblade for a couple of festivals at the weekend. Then late afternoon I will get down the gym and pump some iron – it’s a couple of hours to switch off and do something truly D.U.M.B. Dumb. Fantastic. Leave the gym with that insane endorphin rush and sit on a chair in the sun and catch up on a lot of phone calls on my mobile. Cycle home and cook my vegan soul power tea, do some more writing and then thunder off into town and check out some music and then hang out a bit before going home and trying to get through more emails before popping out to do a radio interview on 5Live. Then home and to bed.

Tomorrow, though, I will be proper busy!