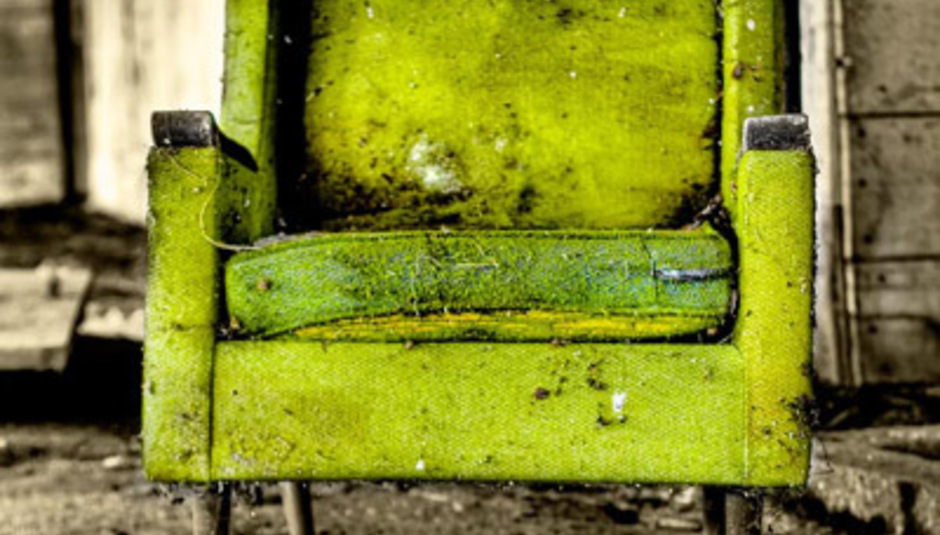 You might not expect to see Van Morrison's name round these parts, but when I heard him caterwauling "Saw you walking / Down by the Ladbroke Grove this morning" at the Albert Hall last week, it chimed - in an essentially meaningless but pleasing way - with thoughts of a classic tech-house album recorded in the same neighbourhood 30 years after 'Slim Slow Slider' was written.

Released in 1998, Swayzak’s Snowboarding in Argentina was originally conceived with no greater ambition than to facilitate the trip of the title. Eleven years later and its remastered reissue (on Swayzak Industries), with a tracklist cherry-picked from the differing selections that made up the UK and US CD versions, underlines how ahead of the curve the album was.

But perhaps talk of curves misses the key characteristic: timelessness. Channeling the machine funk of Detroit techno and the dubby spaciousness of its Basic Channel-led German cousin through the sleek minimalist aesthetic of mid-90s London tech-house, Swayzak's sound located the sweet spot between those fraternal influences. A couple of tracks also qualify as the best work Underworld never did. The absence of 'Blufarm' - a vinyl-only track on the original Pagan release that remains their single most beautiful moment to date - is baffling, but regardless of that anyone who doesn't already have this album should grab it tout de suite.

Talking tracks rather than albums, I wrote about Parisian Paul Ritch's excellent Evil Laff way back in the heady days of Armchair Dancefloor 002, and he's back already with another production - 'Solarium' on Sweden's Drumcode - that rides the line between mimimal house and straight-up, heads-down techno. The track pairs up a two-note rolling bassline and muffled kick with moist sounding percussive stabs and desert-dry snare rolls, more direct muscle coming in the form of a couple of breakdowns that culminate in what's either a high-pressure gas leak or someone urinating on an ant (from the ant's perspective).

One day this column won't feature a Hot Flush record, but not today. Sigha's 'Remembrance' continues the queering of the pitch that'll eventually have a name conveying 'dubstep for deep techno bods that wouldn't know grime if they trod in it'. It should probably be catchier than that, though. Anyway, b-side 'On The Strip' returns to the small-hours atmospherics of January's 'Expansions', a bass pulse on the final beat of each bar instilling an unrelenting urgency. By contrast, the gorgeous modulating tone weaving in and out of the brooding 2-step of 'Remembrance' is like a broad vista glimpsed through trees, each of its successive appearances further deepening the textures of this deceptively spartan track.

Dubliner Barry Lynn debtuted on Hotflush in 2005,after which he decamped to Planet Mu. His new album as Boxcutter, Arecibo Message, leaves behind the ultra-synthetic dubstep flavour of his previous two long players in favour of a more varied exploration of the organic ends of hardcore ('Mya Rave (album mix)'), mutoid electro ('S p a c e b a s s') and even, on 'A Familiar Sound', techno soul. Wobbly, exhilarating and fresh, you can check it out here.

Audiofly X hit all the right spots with the deep techy groove of 'Get Smarter' from their Mar Del Plata EP (Get Physical). A fuzzy bassline bumps up against woodblock and bongo percussion that's soon joined later by an insistent chopped vocal sample. Best of all is the kind of breakdown - birds of paradise, liquid keys, muffled spoken word sample imparting dubious wisdom - that was mandatory on every Good Looking record released between 1994 and 1996. Breakdowns of a more psychological sort are the stock in trade of Berghain 03 - Part II (Ostgut Ton), the second EP to be released in conjunction with the Berlin club resident Len Faki's new mix. This devastating techno double-header features the grinding menace of Edit Select's 'Bauer', minimal and restrained in the best way, and Faki's own 'BX 3', which is every bit as brilliant and terrifying as a night (and day, and night again) at the club itself. And that's before the air raid sirens, continental shelf-sized kick drum and 'can anybody tell me where/who/what I am?' f/x fire up.

It's the kind of track, in fact, that you can imagine driving every dog in the world insane, which wouldn't suit Russia's Bop at all judging by the sweetly textured electronica of his 'Song About My Dog' (Med School). Equally emotive is 'In Memory of Violett', the highlight of Max Cavalerra's The Bigger, The Better EP (Broque), which also harbours a tracky techno bomb in the form of 'Function'.

Seminal Belgian label R&S, which relaunched in 2006, offer up a retro techno gem with The Chain's 'Letting Go', but b-side 'Geo' is even better, it's frosty sci-fi synths bending around a sultry diva vocal sample. And if that's all a little too slick for you then there's always the frenetic 8-bit-hop splurge of 'Distance' (Ramp) by LA's Computer Jay. Not a million miles away from Flying Lotus, he's apparently been surgically attached to an Atari 2600. Californians, eh?

Swapping the sunny west for the frozen north, Norway's presiding vocal geniuses Ost & Kjex provide Prince-style vocals for Jamie Jones's gorgeous house ballad Summertime, which is destined to roll out with the morning sun (or heavy shower if you're in Blighty) to close many a party this summer. But if you're looking for a record to wind parties up rather than down then the

Rub 'N' Tug remix of Capracara's 'King of the Witches' is waiting for you, with its arms wide open and its awesome funk exposed to the world. Hitting the floor with a classic Italo synthesised bassline, the track proceeds to fold back in on itself in a way that's either perfect or perverse, depending on your druthers. A lengthy breakdown disperses the original momentum almost entirely before a clipped funk vocal and a sleazy delayed keyboard melody team up and abuse the rhythm section until the only thing keeping time is a distorted, heavy rock guitar riff. Weird and great.

So much for the party people. Next we have a more introvert release that no discerning armchair-dweller worth his or her headphones will want to miss. Liondialer's Greg Haines and Danny Saul avoided the usual experimental bills in Manchester throughout 2007 in favour of supporting more mainstream acts,

and have edited the resulting hours of recordings into the sublime Liondialer LIVE! (White Box). Processing a cello and several guitars through laptops, the result is richly textured soundscapes that combine the tonal dissonance of serialism, ambient drift, white noise and classical lyricism. Anyone familiar with Haines's wonderful 2006 album Slumber Tides (Miasmah, 2006) will know the talent he has for melody, but here its the tussle between tunefulness and electronic interference that makes this so compelling.

The 'short reportage' Making Lambs Anger is a possibly not entirely accurate documentary about Mr Oizo's recent Ed Banger album that's heavy on yoghurt, visions, pineapples and piss-taking. I'm not sure if the latter is really what's going on in the 'Obsession For The Disco Freaks' (This Is Music) video, but it's well worth watching just for Alexander Robotnick's fag-waving, E-generation dad-dancing.

See what I mean? He moves uncannily like the solitary pissed bloke in a suit everyone tries to dance away from at ‘proper’ clubs, although it must be said they tend to lack Robotnick’s unrivalled ability to conjure obscure disco classics out of the ether.

Highpoint Lowlife is a London label that's already done fine service to the world's ears this year with the excellent abstract techno of 10-20's debut album. So excellent, in fact, that it was completely ignored by this column. Fortunately the excellent Brokenret EP from Budapest laptop-and-606 maestro Tigrics and fellow Hungarian Friskfisk offers the chance for atonement. 'Snyki Mix With FriskFisk' begins with a floppy, optimistic three-note melody that gets mercilessly glitched into a lengthy and involving bleep odyssey, while the irrepressible flanged synth line of 'Külön' is probably the sound computers make when they're delirious with joy. Well worth £3 of anyone's money.

Finally, must ask: how are your abs? Quads and lats a little slack? Keen to work out but can't tear yourself away from smacky disco-rock chuggers for long enough? Rejoice! The solution is at hand with Aurora Halal and Ashiq Khondker's video for 'O Yea' by Beautiful Swimmers.

The track's released through Future Times, whose website features some tasty edits available to download gratis. Now drop and give me fifty.

Chris Power is one half of British Males, whose new mixtape is available to download here.

In Photos: My Latest Novel @ DiScover...